09:05 Call for independent tribunal for victims of abuse in state care

Advocates for victims of abuse while in state care say delays of up to 15 years in resolving historic claims are unacceptable, and they're calling for an independent Tribunal to be established.

Judge Carolyn Henwood is the Chair of the Confidential Listening and Assistance Service; Wellington human rights lawyer Sonja Cooper specialises in representing victims of abuse; and Garth Young is the Chief Analyst, Historic Claims for the Ministry for Social Development.

09:30 How mindfulness can help treat asthma

Dr. James Carmody is a New Zealander who's Associate Professor of Medicine at University of Massachusetts Medical School. He has extensively studied the effects of mindfulness training on brain structures. More recently, Dr. Carmody has measured the effects of mindfulness on asthma control. His team found long-term reduced use of rescue meds, and improvements in asthma quality of life, stress and anxiety, and the work now been funded for a wider study.

Seamus Kearney reports on the urgent diplomatic efforts to stave off all-out war in Ukraine.

Ivan Donaldson is a former Professor of Neurology at the University of Otago School of Medicine, Christchurch. His eminent career in neurology has been paralleled by a life devoted to winemaking, and the business he and his wife Chris created out of their passion for wine is now a successful family company, Pegasus Bay Wines, in which three of the Donaldsons' four sons are actively involved.

In the 2013 New Year's Honours he was named a Companion of the New Zealand Order of Merit for his services to neurology. In 1977 he became the first dedicated clinical neurologist at Christchurch Hospital , where he helped establish departments for clinical neurology and neurophysiology.

He was head of neurology at Christchurch Hospital for nearly 20 years and is a past-president of the Neurological Society of New Zealand. He has been widely published in medical journals, and his most significant work is the internationally regarded Marsdens' Book of Movement. He has been on the board of the New Zealand Brain Research Institute since 2006 and established Friends of the New Zealand Brain Research Institute to raise funds for neurological research

Book: The Truant from Medicine by Ivan M Donaldson published by Random House

Serena, a 15-year-old Alexandra girl, is in deep trouble and needs help badly. A fast-paced story of three women and the meaning of courage (1 of 12, RNZ)

Matthew Hooton and Mike Williams discuss the Australian liberal party's leadership vote; the PM at Waitangi and the fight against Islamic State.

Former dairy farmer, Desiree Whitaker is opening a traditional Scottish whiskey distillery in Wanaka. But their main product, single malt whisky, will have to age in special oak casks for 10 years before it can be sold. In the meantime the distillery will be making and selling its own blends of vodka, gin and German-style schnapps using local stone fruit. 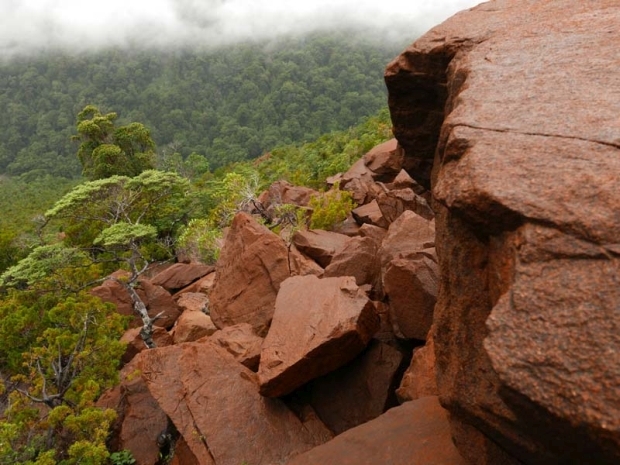 A feature of the Olivine Wilderness is a band of red ultramafic rock that outcrops as a range called the Red Hills. Travel through the wilderness entails crossing many rockfalls of massive sharp-edged boulders that sometimes tilt alarmingly as you step on them. Photo: Kennedy Warne.