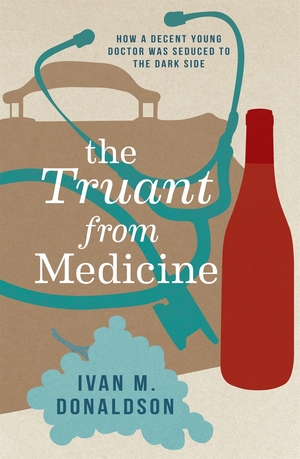 Ivan Donaldson is a former Professor of Neurology at the University of Otago School of Medicine, Christchurch. His eminent career in neurology has been paralleled by a life devoted to winemaking, and the business he and his wife Chris created out of their passion for wine is now a successful family company, Pegasus Bay Wines, in which three of the Donaldsons' four sons are actively involved.

In the 2013 New Year's Honours he was named a Companion of the New Zealand Order of Merit for his services to neurology. In 1977 he became the first dedicated clinical neurologist at Christchurch Hospital , where he helped establish departments for clinical neurology and neurophysiology.

He was head of neurology at Christchurch Hospital for nearly 20 years and is a past-president of the Neurological Society of New Zealand. He has been widely published in medical journals, and his most significant work is the internationally regarded Marsdens' Book of Movement. He has been on the board of the New Zealand Brain Research Institute since 2006 and established Friends of the New Zealand Brain Research Institute to raise funds for neurological research.

Book: The Truant from Medicine by Ivan M Donaldson published by Random House