The US President is to address the American people outlining his plan to combat the Islamic State insurgency waging war in Iraq and Syria. Meanwhile Australia is considering raising the nation's terror alert level to high within days - a signal that an attack in Australia is considered "likely".

Dr David Malet is Associate Director of the Melbourne School of Government and Senior Lecturer in International Relations at the University of Melbourne. He served as a defence and foreign policy aide to United States Senate Majority Leader Tom Daschle. His book, Foreign Fighters, is published by Oxford University Press.

Dr. Adam Lockyer is a Senior Lecturer in Security Studies at Macquarie University.

In the latest 3news opinion poll the Conservative party was at four-point-seven percent. If it can reach 5 percent it will make it to parliament.

Colin Craig says the Conservatives always do better at elections than in polls, and he's confident the party will be elected to Parliament. 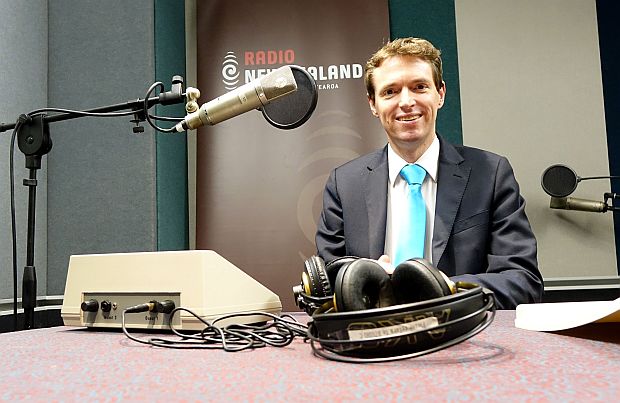 10:05 The ancient clay tablet that re-intepreted the Noah's Ark story.

Irving Finkel is Assistant Keeper at the British Museum, where he is curator in charge of cuneiform inscriptions on tablets of clay from ancient Mesopotamia. In his new book, The Ark Before Noah: Decoding the Story of the Flood, Dr Finkel reveals how decoding the symbols on a 4,000-year-old piece of clay enabled him to make a radical new interpretation of the Noah's Ark myth, one that dates further back than the story's appearance in the Bible. The tablet reveals, among other things, instructions for building a large boat to survive a flood. Photo: Sang An

Diane Rowe is hired by Karen, an ex-con who was convicted of killing her son and attempting to kill her daughter. The same one she now wants Diane to find (Part 3 of 12)

11:25 Ten conversations to have with your son

Dr Hawkes is an educator, author and social commentator, and has taught in England and Australia for more than three decades, most of the time at the helm of schools. Currently he’s the headmaster of the all boys Kings School in Parramatta, Sydney. He says talking to teenage boys about love, identity, values, sex and money are vital in order to prepare them for adulthood. He has written a book titled Ten Conversations you must have with your son.

Dan Slevin reviews Night Moves and Predestination. He also mentions a one off Auckland screening of one of the local documentaries that featured at the recent NZ Film Festival. The Inheritance screens at the Rialto next Wednesday and tells the story of a Wellington family dealing with the genetic inheritance that is Huntington's Disease.