Forty-five Fijian United Nations peacekeepers, kidnapped in the Golan Heights by Al-Qaeda linked militants, have been released. Naski Swami is a journalist with the Fiji Times.

The next phase of the search for MH370 is about to get underway. The year long deep water search is being conducted by a Dutch survey firm, Fugro, contracted by the Australian Transportation Safety Board. It's Chief Commissioner is Martin Dolan. 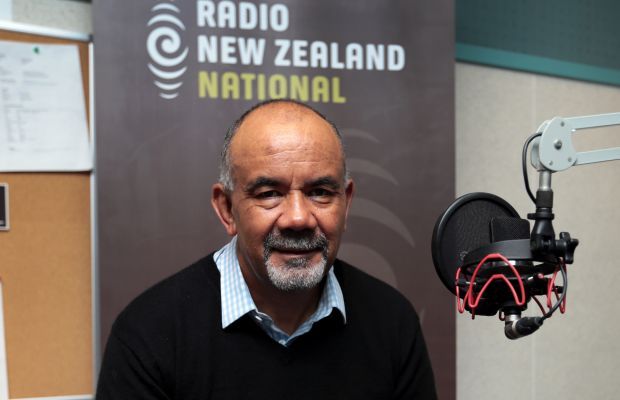 09:45 Insights from the campaign with Radio New Zealand political reporters

When Tony Dokoupil was nearing 30, he found out that his father was part of the biggest marijuana ring of the 1980s, not what he'd always been told, someone who sold real estate and antiques. As a boy growing up in Miami in the 1980s, he’d enjoyed a luxury home, a family yacht, and a private school education with the grandchildren of the first President George Bush. That luxury life ended abruptly when he was 10 and his father left. Twenty years later, Tony Dokoupil, a writer for NBC News, discovered that his father had made millions of dollars smuggling marijuana into the United States during the 70s and 80s, had spent time in prison and had become a very sick drug addict. Tony Dokoupil has written a book about it all, called The Last Pirate: A Father, His Son, and the Golden Age of Marijuana.
Photo: Seth Wenig

10:30 Books Review: We Are All Completely Beside Ourselves by Karen Joy Fowler

Diane Rowe, a missing person's specialist who's been hired by Karen, an ex-con. But she has failed to turn up to a meeting that Diane set up for her. Today we learn why! (Part 4 of 12)

Jeremy Taylor with the release of new Beatles catalogue on vinyl.

11:45 The week that was with comedians Te Radar and Elisabeth Easther