Our Own Odysseys - Seeing the world his way 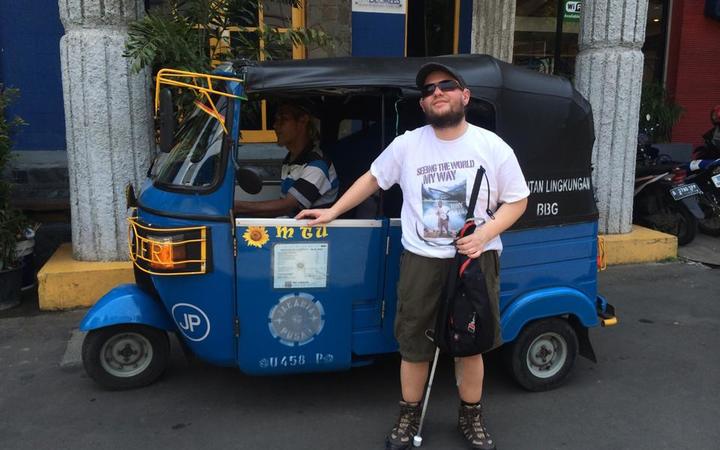 Tony was born in the English town of Weston-super-Mare with a rare eye condition called photophobia and cone dystrophia and went deaf when he was six.

When he was 16 his dad died and he lost his best friend in the same year. Initially this drove him to drink, Tony says.

“I was pretty upset and pretty angry at the world and also I was also trying to deal with being a teenager and coming to terms with being blind and what it meant. Why was I like this? Why was I different from my friends?"

His travel started with a school trip to Boston as a teenager. He says he enjoyed the chattiness of Americans compared with English people. Then when he went to study in the US in 2000, his friends went to Florida for spring break and he decided to go New Orleans by himself.

That was when he got the travel bug and he’s never looked back, he says.

“I finished my degree and thought, where shall we go next? Let’s go to Australia and New Zealand and see what happens.”

The ease of getting around foreign cities varies, Tony says. The easiest city to navigate is New York – “It’s mostly on a grid system, you’re just counting blocks.” 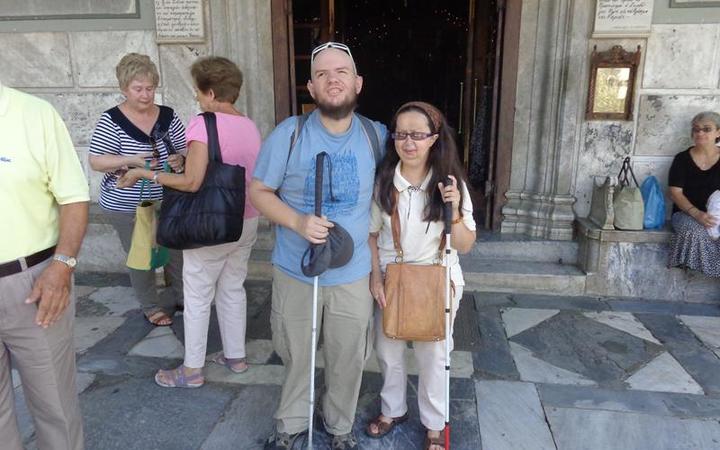 The hardest he’s found have been Saigon and Bangkok, the latter being a sensory assault, he says.

“It just attacks your senses. That drive from the airport to downtown Bangkok is two hours. It’s hot, it’s humid, the pollution, there’s real strong smells of rotting... rotting everything, I guess. And the noise of traffic, honking horns, exhaust; it’s intense.”

“I could never get lost, I don’t know where I’m going to start with!”

Yet he learnt to be comfortable asking people for directions when he was young.

He has a taste for adrenaline, too. So how does it feel to bungee jump when you’re blind?

“I think that’s an advantage. I just jump off. It’s the thrill, the energy, the adrenaline of jumping into nothingness."

And the first thing he notices about New Zealand when he got off the plane?

“Oh it’s nice and fresh! Nice fresh air and then I noticed the cigarettes!”

“And the politeness of the people. I still tell everyone it’s the best country I’ve been to.”

Tony Giles has recently released his second book Seeing the Americas My Way.