Mediawatch's weekly catch-up with Lately. This week Hayden Donnell talks to Karyn Hay about a local music TV channel coming back from the dead, US media not feeling the Bern - and RNZ Concert / RNZ Music: the story so far: 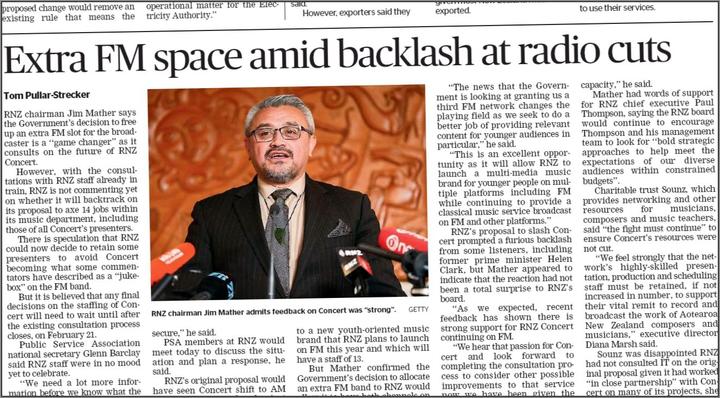 Where it all went wrong for RNZ’s plans for Concert

After a week of petitions, Helen Clark tweets, and allegations it has breached the Bill of Rights, Radio NZ is backing away from plans to cut back Concert FM.

Radio NZ chief executive Paul Thompson put out a statement today saying plans to shift Concert to an AM frequency and cut the bulk of its staff have been shelved. He expects the government to step in to fund a youth channel that was slated to take Concert’s FM frequency.

That’s a sharp turnaround from February 5, when Thompson and music content director Willy Macalister announced their efforts to develop the youth channel at the expense of Concert. They were bullish about the proposal at the time, with Thompson telling Mediawatch it was a “shot in the arm for public broadcasting in New Zealand” and “a really good story of RNZ getting to more New Zealanders”. What went wrong to force them into such an early retreat?

In early January, Radio NZ posted a job ad for a lead programmer to launch its youth media brand. The listing raised eyebrows. NZ Herald media commentator Damien Venuto highlighted it in a column titled ‘Is it curtains for Concert?’. He wrote about “industry speculation” that Radio NZ would shelve the station and turn it into an online-only streaming service.

The timing was likely unwelcome. Radio NZ hadn’t said anything publicly about its plans for Concert. Even though Concert employees had been told about the new youth media brand being established, the articles may have left some feeling they’d been told their jobs were at risk via Seek listing.

Broadcasting minister Kris Faafoi had asked Radio NZ to delay its announcement while he looked at setting it up with a new FM frequency, but the station had gone ahead anyway, she said. “To say I’ve been a little bit miffed by the situation would be an understatement.”

In an interview with Checkpoint on Tuesday, Thompson confessed to a “miscommunication” with the Government. “When we were talking about our plan there was an assumption that it would be obvious initially that the FM transmission would be affected and I think that was just a glitch in the communications,” he said.

Host Lisa Owen pressed further, telling Thompson it looked like he’d ignored a request from Faafoi. “We would not do that but sometimes particularly when you’re dealing with complex issues, there will be a miscommunication,” he replied.

Questions of timing and scale

Even with that chatter, last week’s announcement came as a shock. Most Concert staff were expected to lose their jobs in late March. The station would be off FM radio by May.

Several Concert employees described the meeting where they were informed of Radio NZ’s plans as “brutal”. They were faster and more far-reaching than they’d expected.

Concert’s listeners were similarly taken aback at the speed and scale of the proposed cuts. That added to the intensity of the fightback against the changes.

In the statement announcing Concert will remain on FM, Radio New Zealand board chair Jim Mather acknowledged people’s passion for leaving the station untouched. "As we expected, recent feedback has shown there is strong support for RNZ Concert continuing on FM," he said.

While technically it was “feedback”, that word doesn’t really do it justice to the paroxysm of outrage that unfurled over the week.

The Radio NZ leadership team may have expected hurt feelings, but it’s hard to believe they anticipated the hurricane-force storm of hysteria that engulfed New Zealand’s cultural titans in the days following the February 5 announcement.

Former prime minister Helen Clark led the charge, making the arguably elitist argument that exchanging Concert for a youth channel was a “dumbing down” of cultural life in New Zealand.

other things, alleged breaches of the Bill of Rights. “It is a fundamental flaw to think that young people are only interested in the music of Amy Winehouse rather than the music of Brahms,” he told Checkpoint.

They weren’t alone. An online petition to save Concert and keep all its staff gained more than 23,000 signatures and a Facebook page dedicated to the cause now has more than 10,000 members. There were also a great many tweets. The opposition was loud and overwhelming.

Radio NZ might have weathered those objections if it had the government on its side. Any hopes of it fully sticking to the original plan were likely dashed though when Jacinda Ardern sat down with Hosking "To say I've been a little bit miffed by the situation would be an understatement,” she said.

Ardern later said she wanted it to find a way of reaching out to youth without it coming at the cost of Concert. "This is not cutting one generation after another or one audience after another. We don't have to lose one for the other,” she said.

Thompson would have a right to feel a little bit miffed himself at that assertion. Radio NZ’s budget was frozen for nine years under National, and hasn’t increased much under Labour.

Maybe he’ll see a bright side as well though. In an email to staff today, he said he was operating under the assumption that government will be paying for the new youth platform.

A new FM frequency costs millions of dollars just to broadcast, before factoring in staff. This would appear to be the government’s biggest investment in RNZ for more than a decade. In that case, will this apparent PR disaster actually end up paying off?

Mediaworks brings back The Edge TV and introduces The Breeze TV 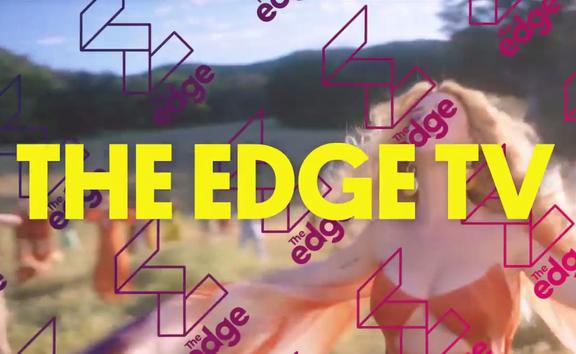 The Edge TV is no longer available on TV. Photo: screenshot / The Edge

This week MediaWorks made the big announcement that The Edge TV and The Breeze TV would be taking over its ThreeLife and ThreeLife +1 channels. You may remember this exciting new brand, The Edge TV, as the channel MediaWorks scrapped under a year ago.

In a Q&A on the Three website, the company said ThreeLife hadn’t found the audience the company was hoping for relative to its costs.

Meanwhile, The Edge TV at least had a dedicated fanbase. MediaWorks will also be seeing the opportunity to cross promote its radio brands, which still make money, in contrast to its TV arm.

MediaWorks chief executive Michael Anderson says this move doesn’t have an impact on the proposed sale of the company’s TV assets.