In the biggest overhaul of its music services in years, RNZ is planning to cut back its classical music station RNZ Concert and replace it on FM radio with music for a younger audience as part of a new multimedia music brand. Mediawatch asks RNZ chief executive Paul Thompson and music content director Willy Macalister to explain the move. 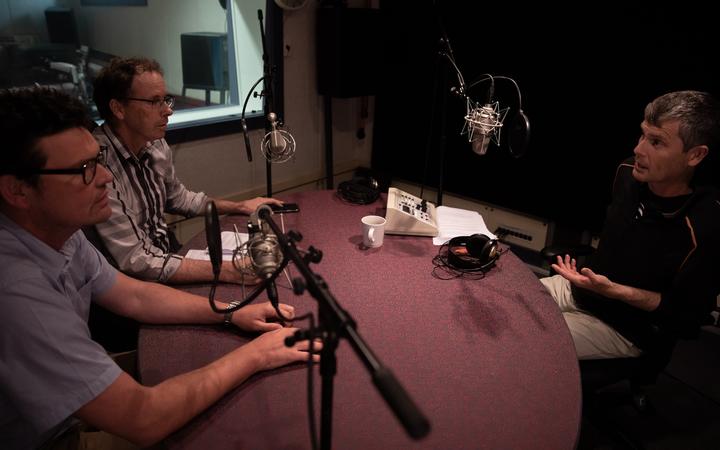 The broadcaster is proposing to remove RNZ Concert from its FM frequencies and transform it into an automated non-stop music station which will stream online and play on AM radio.

It would be replaced on FM by a service aimed at a younger, more diverse audience as part of a new multimedia “music brand”.

RNZ Concert would be taken off FM radio on May 29 and the youth platform would be phased in ahead of its full launch on August 28.

According to documents for staff, the move would eliminate 17 jobs at RNZ Music, including all RNZ Concert presenter roles, from late March.

The documents for staff say the proposed changes are aimed at securing new audiences for RNZ.

While its listenership is predominantly Pākehā and skewed towards older people, the new music brand would target people aged 18 to 34, including Māori and Pasifika audiences, the proposal says.

“RNZ has strong audiences but they skew older. We are thinking five and ten years ahead. We need to start to connect with younger New Zealanders,” RNZ chief executive Paul Thompson told Mediawatch.

He said RNZ Concert’s classical music focus has prevented RNZ from fulfilling its Charter’s requirement to broadcast a range of music and performances.

“We are expanding our services off our current resources. There are some tough choices in that but this is a really good story of RNZ getting to more New Zealanders," he said.

But it’s not a good story for those accustomed to a repertoire of classical music on FM radio for many years.

AM transmission is sub-optimal for symphonies and it will be interrupted when Parliament sessions are broadcast on the AM network.

“It is still available on Freeview and listening to RNZ Concert is mostly in the home so the ability to consume it in stereo is still there,” said Willy Macalister.

The scaled-back Concert will offer recorded music round the clock, but few of the RNZ Concert programmes currently on air will be made after the new music brand is established.

“We are in consultation over that but are going to pull back on some of it,” said Willy Macalister.

“We will continue to record and air concerts and support orchestras where we can,” said Paul Thompson.

The new service for youth

Mediawatch understands the new youth platform would have a playlist spanning multiple musical genres with a heavy focus on New Zealand music. It would be active on social media.

"Genre is no longer relevant to the audience," the proposal document says.

"We intend to be a broad proposition for everyone . . but its got to have relevance for 18-35 year old audience," Willy Macalister told Mediawatch.

"One of the things that streaming services have taught us is that when you look at the top playlists, they're not necessarily talking about genres of music. They're talking about emotional state and activities," he said.

"We would have serious concerns if a taxpayer-funded broadcaster launched products and platforms that targeted audiences already well served by commercial radio broadcasters," she told Stuff.

"We're not the only country that has this kind of brand. Australia, the UK and other countries have vibrant radio returning profits," Willy Macalister told Mediawatch.

"We're not chasing dollars. We are commercial-free, and we will play more New Zealand music than any commercial format would sustain" said Paul Thompson, adding that the new RNZ Music would feature news content tailored to the younger audience it hopes to attract.

RNZ has been looking at drawing younger audiences with music since 2015 when an internal review concluded its “approach to the delivery of music content remains in a time warp."

A year later  - with little fanfare - the ‘RNZ Music’ brand was launched as part of a strategy to bring in new listeners.

At the time, Thompson told Mediawatch he wasn’t interested in duplicating commercial broadcasting on the air or online.

"Why would we provide anything the commercial broadcasters are quite happily doing?” he said.

“I hope what we do will pull in more people - especially online - but I don't see it as a massive audience growth initiative," he said in 2015.

The station also launched youth-focused digital platform The Wireless - which had some music content - in 2014.

But the Wireless was closed down and folded into the rest of rnz.co.nz in 2018.

"That didn't have the broadcast component in it and that's what will make this proposal far more effective," said Paul Thompson.