Life Itself by George Harrison as chosen by Annette Morgan from the Kapiti Coast,

The cooking school that inspired Julia Child is opening in central Wellington. Le Cordon Bleu is one of the world's premier culinary arts institutes with 29 schools on five continents. Late next year in the vacant Regent Centre in Manners Mall will be transformed into the cooking school with seven kitchens, a lecture theatre and a restaurant where the public can sample the students efforts. www.lecordonbleu.co.nz

For countless families in Canterbury, the earthquake sent china, crystal and other precious glass objects to the floor where they shattered. But Banks Peninsula artist Sarah Rutland says don't despair, and definitely don't throw those broken treasures away. They will never be the same, but they can be reshaped into a different treasure that can itself become a family heirloom. 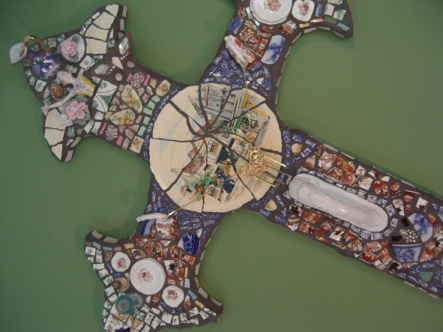 After 45 years living in Wellington, kaumatua Topsy Ratahi was very familiar with government bureaucracies, from the inside and the outside. Today we hear the last of our archival interviews between Wena Tait and Topsy Ratahi. Today the kuia talks about the browning up of bureaurcracies in the 1980s and '90s.

1. Facebook coordinates students to provide assistance after the Christchurch earthquake

2. The Web Is Dead. Long Live the Internet

Parents use 'digital' grounding as a 21st century disciplinary tool

Gmail Priority Inbox Sorts Your Email For You

It's almost ten years since the old pine tree on Auckland's Maungakeke One Tree Hill was removed. The radiata was estimated to be about 120-years old, it was planted on the summit by John Logan Campbell and damaged in a chain saw attack in October 1994. In October 2000 it had to be taken away .

John Logan Campbell named the hill One Tree Hill t for the big Totara tree that stood atop the hill… but that was cut down by some Pakeha bloke, or blokes. Sir John then tried to replant natives on the summit protected by pines, but only the pines survived. Now it looks as if we're much closer to having new trees on the top.