Manus Island detainees say for the first time they can smell justice after the Australian government settled their claim for compensation.

1905 men detained on the Papua New Guinea island between 2012 and 2016 will receive $AU70 million through the out-of-court settlement announced yesterday.

The men, who arrived in Australia by boat seeking asylum, were part of a class action brought by the law firm Slater and Gordon.

Its principal lawyer Andrew Baker said the men sought damages for false imprisonment and for being held in conditions that caused them physical and psychological harm.

"This settlement is an important step towards recognising the extremely hostile conditions that the detainees have had to endure at Manus Island," said Mr Baker.

"Most were fleeing religious persecution and violence. The Australian government's position has been that it would not admit that it was detaining, nor that it owed a duty of care to the Manus Island detainees. This case sought to challenge both of those propositions." 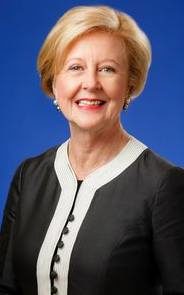 The president of the Australian Human Rights Commission, Professor Gillian Triggs, said it was not clear if the settlement indicated that the Australian government was legally responsible for the men.

"But from the public's point of view ... one could say, of course, you would not be agreeing to make payments unless you pretty much accepted that the law in Australia would hold the government responsible for a duty of care to the men that have been detained in these wrongful circumstances," she said.

"The disappointing aspect is we won't have legal jurisprudence, we won't have a decision of the court. And that is unfortunately a strategy of the government to avoid getting a court decision and legal learning on the question of what are the limits of the offshore processing policy from the point of view of Australia."

Amnesty International's Pacific researcher Kate Schuetze said the settlement was not an admission of liability by the Australian government.

"What they have done is agree to settle this matter out of court and head off at the pass any attempt for a huge number of witnesses to come forward and document serious human rights violations going on Manus," she said.

The Refugee Action Coalition's Ian Rintoul said he would have preferred that the case went to trial.

"I think it's good in so far as there has been a tacit admission by the Commonwealth that it is responsible for Manus Island," said Mr Rintoul.

"But for myself, and I know many other people would have much rather this went to trial and have the opportunity for all the horror of Manus Island to be exposed in the court."

Amy Frew from the Human Rights Law Centre said the future of about 900 men still on Manus Island had not been determined by the settlement.

"The men have been there for almost four years now in limbo and this settlement doesn't get them any closer to permanent safety," she said.

"They still need to be resettled in safety somewhere, whether that's in America, which isn't likely for all, or whether it's in Australia or a safe third country."

For the Kurdish journalist and Manus Island detainee Behrouz Boochani, the settlement proved the Australian government recognised its crimes.

But he said getting freedom in a safe place was more important to the men than compensation.

"We came to Australia legally seeking protection under international laws but were exiled by force to this island and imprisoned for four years," he said.

The Asylum Seeker Resource Centre's Pamela Curr said the settlement would be divided among the men depending on their time in detention and the hardships they had endured.

But she said financial compensation would never be enough.

"No amount of money can compensate these men for witnessing the death of friends through trauma and through illness and medical neglect, and for themselves being subject to a lack of water, a lack of decent food and the conditions that have come along with that.

"No amount of money can really compensate these men for what they've lost."

Costs for the class action of about $AU20 million will be covered by the defendants, the Australian government and service providers G4S and Broadspectrum, along with the third party Wilson Security.