The New Zealand government says it would only grant asylum to Manus Island detainees with Australia's consent. 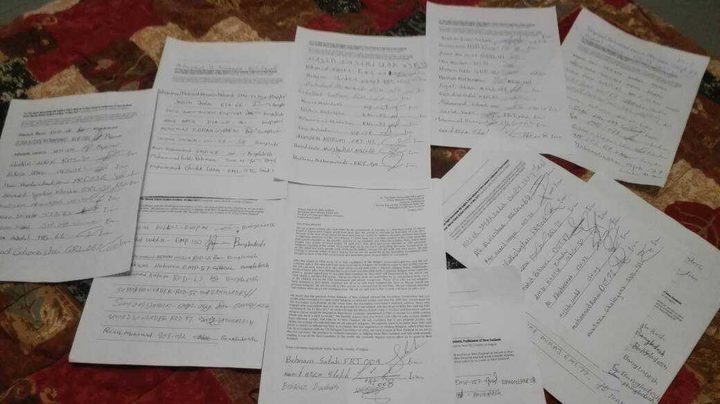 A spokesperson for Michael Woodhouse, the New Zealand immigration minister, said that would be Australia's decision.

"There has been no change to New Zealand's offer to Australia to resettle 150 offshore detainees, who have been approved as refugees," she said.

"We are not considering entering into a separate arrangement directly with Papa New Guinea or Nauru. New Zealand takes refugees through the UNHCR process."

Catherine Stubberfield, a spokesperson for the the United Nations refugee agency (UNHCR) said she would welcome New Zealand involvement in a solution for the detainees.

"Australia remains responsible for all people transferred to Papua New Guinea and Nauru until appropriate and long-term solutions are found," said Ms Stubberfield.

"While a firm majority have already been recognised as refugees, there are still a significant number of vulnerable people who have been immensely damaged by these arrangements and who are equally unable to remain in Papua New Guinea or Nauru, where settlement is now impossible," she said.

"New Zealand is one of the world's most successful and established resettlement countries. In this context, UNHCR would welcome any opportunities for much needed, long-term solutions on a one-off humanitarian basis."

The detention centre on Manus Island is due to close by November when the bulk of its 800-odd residents will be forced to settle in PNG.

But the New Zealand Green Party MP and immigration spokesperson Denise Roche said that was not Australia's concern.

"That's our immigration policy settings, not theirs," said Ms Roche.

"Manus does have to close down. The breaches of human rights there are appalling and atrocious. Our officials should be working alongside Papua New Guinea as well as Australia to convince them that we can take them."

The opposition Labor party in Australia said it would be open to accepting New Zealand's offer, while the Labour party here said it would restate the proposal if elected to government in September.

"We would maintain the offer to take 150 people," said Labour MP and immigration spokesperson Iain Lees-Galloway.

"The offer is to Australia and not directly to PNG or Nauru. These asylum seekers are Australia's responsibility."