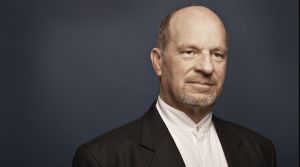 Nigel Collins hosted the first in a series of six concerts by Orchestra Wellington under the baton of Marc Taddei, also featuring the artistry of New Zealand’s renowned pianist Michael Houstoun. In 2015, Orchestra Wellington will perform all six of Tchaikovsky’s seminal symphonies paired with Michael Houston performing five great Russian and Soviet piano concertos, as well as a brand new work from NZ composer Karlo Margetic. Tchaikovsky was the first non-German/Austrian composer to become a great symphonist and opened the door for composers like Sibelius, Shostakovich, and Prokofiev to create great symphonic cycles of their own.

In this first concert of the season, Orchestra Wellington and Marc Taddei began with Mikhail Glinka’s Kamarinskaya; an orchestral exploration of Russian folksong that Tchaikovsky described as "the acorn from which the oak of Russian music grew”. Then Michael Houstoun gives an introspective interpretation of Rachmaninov’s powerful Piano Concerto No. 3. And finally, the seed from which all Russian symphonies grew, Tchaikovsky’s First Symphony, Winter Daydreams.