With world leaders about to gather for a UN Climate Action Summit, millions of young people will take off from school or work to demand urgent measures to stop environmental catastrophe. 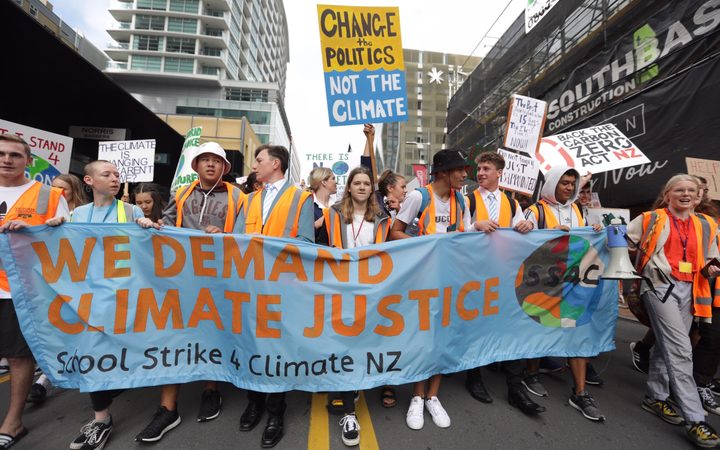 Students in Wellington marched to Parliament to protest against climate change in May. Photo: RNZ / Rebekah Parsons-King

Protests, inspired by the 16-year-old Swedish activist Greta Thunberg, are planned in some 150 countries from New Zealand to Iceland. The aim is for students and others from around the world to speak in one voice about the impending effects of climate change on the planet.

"Soon the sun will rise on Friday the 20th of September 2019. Good luck Australia, The Philippines, Japan and all the Pacific Islands. You go first!" Thunberg posted on Twitter yesterday. She also added that action in New Zealand will take place next Friday.

It’s early morning in the Pacific. Soon the sun will rise on September 20th 2019. Good luck Australia, The Philippines, Japan and all the Pacific islands. You go first! Now lead the way!#fridaysforfuture #climatestrike #schoolstrike4climate
(NZ + many others go next week.) pic.twitter.com/u1pji4SySN

Thousands of school students around New Zealand are expected to take to the streets on 27 September for the third wave of climate strike action after earlier events on 15 March and 29 May. All universities are supporting the action, apart from Auckland University. 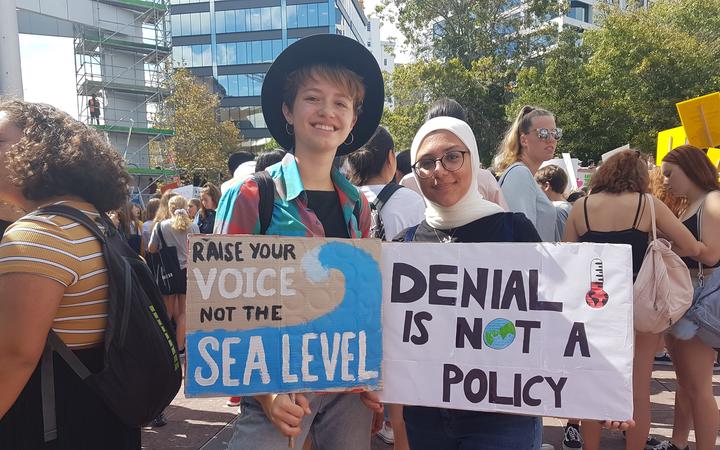 Two of the people who joined in climate protest action in Auckland earlier this year. Photo: RNZ /Katie Doyle

Ms Thunberg has galvanised young people around the world since she started protesting alone with a sign outside the Swedish parliament building in August 2018. Over the past year, young people in other communities have staged scattered strikes in solidarity with her Fridays for Future movement. 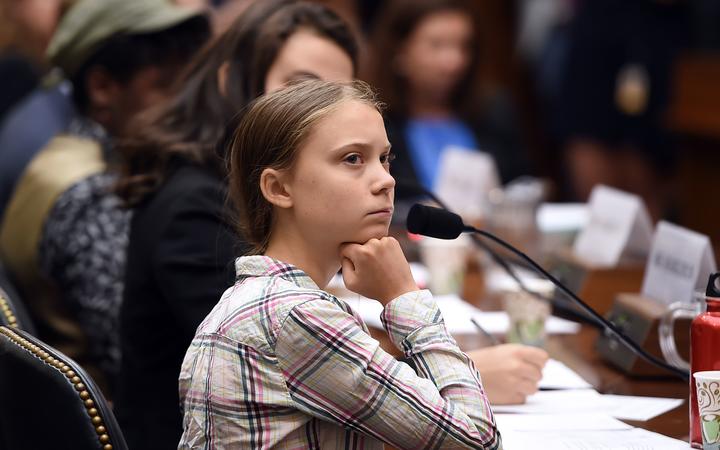 Greta Thunberg, 16, has inspired young people around the world to join her fight for governments to take a much stronger stance on fighting climate change. Photo: AFP

In conjunction with the UN summit this week, organisers will hold coordinated strikes around the world for a third time, with Ms Thunberg spearheading a march and rally in New York, home of the United Nations headquarters.

In a show of support, New York City education officials will excuse the absences of any of its 1.1 million public school students who want to participate.

Demonstrators will march to Battery Park at the edge of the financial district for a rally featuring speeches and music.

Ms Thunberg, who was nominated for the Nobel Peace Prize in March, sailed to New York from England aboard a zero-carbon emissions vessel to partake in the UN summit.

It brings together world leaders to discuss climate change mitigation strategies, such as transitioning to renewable energy sources from fossil fuels.

The young organisers say the demonstrations will take different forms, but all aim to promote awareness of climate change and demand political action to curb contributing factors to climate change, namely carbon emissions.

Demonstrators in Plettenberg Bay, South Africa planned to dance on the beach in a celebratory pledge to protect their natural heritage. Protesters in Istanbul were heading to a public park for a climate festival with concerts and workshops scheduled throughout the day.

On Wednesday, Thunberg appeared before several committees of the US Congress to testify to the next generation's view on climate change. In lieu of testimony, she submitted a 2018 report by the Intergovernmental Panel on Climate Change that urged rapid, unprecedented changes in the way people live to keep temperatures from rising 1.5C by 2030.