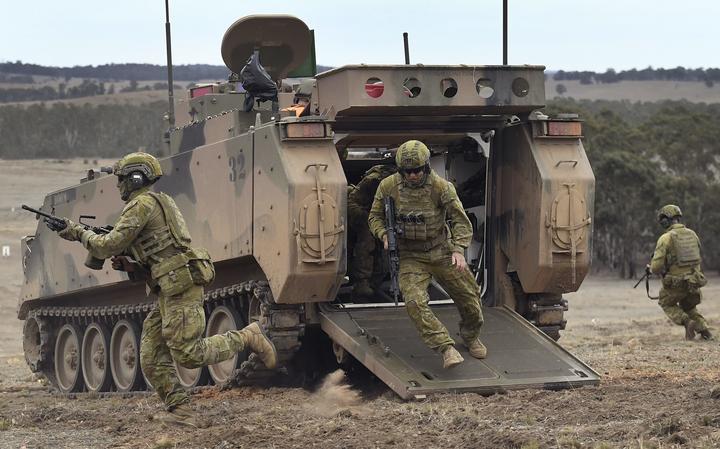 Australian Army soldiers run from an armoured personnel carrier during a live fire demonstration at the Puckapunyal Military Base north of Melbourne in May 2019. Photo: AFP

It is believed it is the first time the AFP has sent officers overseas to investigate alleged war crimes involving Australian soldiers.

The AFP has confirmed the officers deployed "recently" to Afghanistan and were supported in their investigations by Afghan authorities.

"In June 2018, the Australian Federal Police received a referral to investigate allegations of war crimes committed by Australian soldiers during the Afghanistan conflict. The AFP has accepted the matters for investigation," the AFP said in a statement.

"As this investigation is ongoing, the AFP will not confirm or deny the specific incidents or the identity of those subject to the investigation."

In June last year, the ABC published details of an 11 September 2012 raid by Australian SAS troopers and Afghan security forces on the village of Darwan, in Afghanistan's Uruzgan province, in which three men were allegedly killed.

The Australian troops and their Afghan allies were hunting a rogue Afghan soldier who killed three Australian soldiers at a patrol base. That man, Hekmatullah, was eventually captured in February 2013.

It was alleged by villagers that one man, a farmer named Ali Jan, was detained by the raiding party, handcuffed and then kicked or thrown from the top of a retaining wall. The villagers told an Afghan journalist employed by the ABC that Ali Jan was then shot dead. 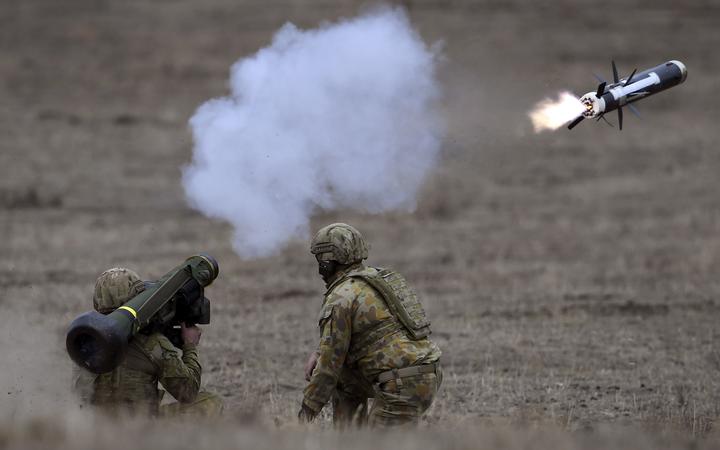 Australian Army soldiers fire a Javelin anti-tank missile during a live fire demonstration at the Puckapunyal Military Base near Melbourne in May. Inquiries are underway to decide if Australian troops committed war crimes against Afghan civilians during their time in Afghanistan. Photo: AFP or licensors

Australia's elite special forces descended on a small village in Afghanistan in search of a killer. When they left, three Afghan villagers were dead.

"He was thrown from the top of a very high retaining wall all the way down into a ditch. He was kicked and thrown into the ditch," Ali Jan's brother, Gulab Shah, told the Afghan journalist.

In stark contrast to the villagers' version, it is understood that shortly after Ali Jan's death, an Australian soldier stated over the radio that a spotter - or somebody relaying the movements of Australian and Afghan soldiers to the Taliban - had been killed.

The Age and Sydney Morning Herald reported this morning the AFP investigators who travelled to Afghanistan have questioned witnesses to this alleged incident.

The Nine newspapers also reported that SAS members and support staff who were in Darwan on the day Ali Jan died had given signed statements to the AFP about the alleged killing of the farmer.

The villagers also told the ABC at the time that two other men in Darwan were unarmed and under detention when they were shot dead in a room used to store almonds.

The ABC revealed last month a New South Wales Supreme Court judge, who is heading an internal Defence Force inquiry into allegations of war crimes by Australian soldiers, had travelled to Afghanistan to speak to witnesses.

Justice Paul Brereton, who is also a Major General in the Army Reserve, and a small number of staff from the Inspector-General of the Australian Defence Force's office interviewed witnesses in Kabul.

The fact the AFP and the Inspector-General of the ADF have sent investigators to Afghanistan shows the seriousness with which allegations against Australian special forces and their actions in Afghanistan are being treated.

The ABC has previously reported on a number of other incidents that the IGADF inquiry is investigating, including the killing of a man named Bismillah Azadi and his young son during a night raid in the north-west of Uruzgan province in September 2013.

It is unclear when Justice Brereton will complete his inquiry - which has now been running for more than three years - and how much of what he finds will be made public.