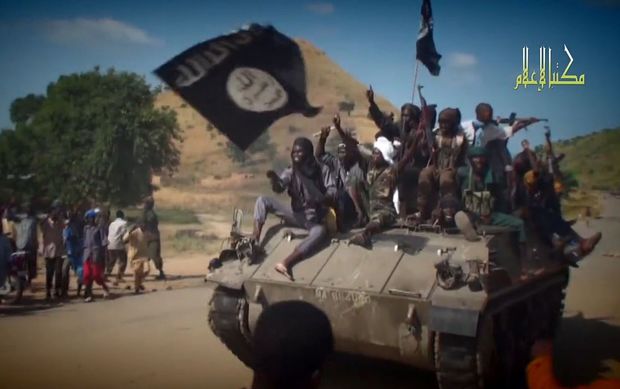 A screengrab released by Boko Haram appearing to show fighters from the Islamist extremist group in an unidentified town. Photo: AFP / Boko Haram

They said many of those kidnapped in the cross border attack against villages were children.

Boko Haram has seized control of many towns and villages in north-east Nigeria, and has begun threatening some of the country's neighbours.

The group has been fighting a six-year insurgency to create an Islamic state.

"They torched houses and left with around 60 people. Most of these people were women and children."

Officials told Reuters that as many as 80 people had been kidnapped.

Those abducted included about 30 adults and 50 young children, an army officer deployed to northern Cameroon told the agency.

Cameroon has criticised Nigeria for failing to do more to confront Boko Haram and thousands of people have fled from Nigeria to Cameroon because of Boko Haram attacks.

The militants have kidnapped many people in north-eastern Nigeria, including more than 200 girls from a school in Chibok last April.

Sunday's kidnappings appear to be further evidence that Boko Haram is conducting a regional campaign of violence, the BBC reported. 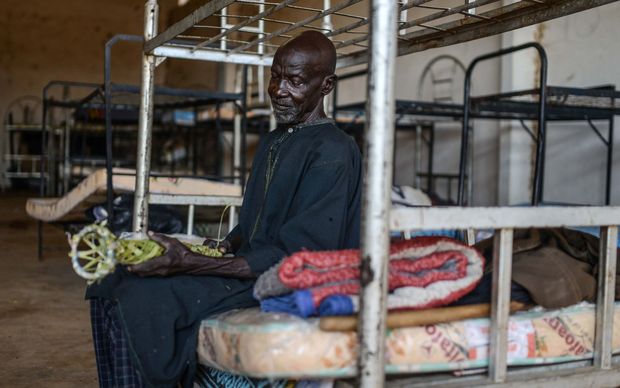 Nigerians have fled their homes due to the clashes between Nigeria's militant group Boko Haram and army forces. Photo: AFP

Last year, 27 people seized in Cameroon by suspected Boko Haram fighters were held for months before being freed in October.

They included 10 Chinese workers and the wife of Cameroon's Vice-Prime Minister Amadou Ali.

Earlier this month Boko Haram's leader, Abubakar Shekau, released a video threatening Cameroon's President Paul Biya, who has been vocal in his criticism of the group.

On Friday, Ghana's President John Mahama said African leaders would discuss plans this week to "deal permanently" with Boko Haram militants, and that a multinational force may be considered.