Nigerian president Goodluck Jonathan has made a surprise visit to the north-east of the country in the aftermath of massacres by Boko Haram militants. 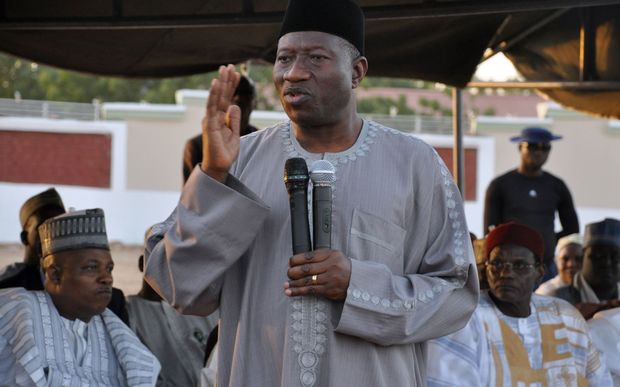 It is his first visit to the region since March 2013.

The head of state spent three hours on the ground in the Borno State capital, Maiduguri, where he met soldiers, wounded troops and visited a camp for thousands of displaced people.

Some 5000 people from Baga in northern Borno, which was attacked on 3 January, were being helped in the Teachers Village camp in Maiduguri, medical charity Doctors Without Borders said this week.

On a visit to the camp, Mr Jonathan told some of the displaced: "From the information I have from my security chiefs, all the areas under the control of Boko Haram will soon be recaptured.

"I want to assure you that you will soon go back to your houses," he added, according to an AFP reporter accompanying the official delegation.

A separate statement issued by Mr Jonathan's office in Abuja said that he met more than 900 people from Baga and told them the government was "working very hard" to ensure that they can return.

Boko Haram's attack on Baga is feared to have killed hundreds, if not more, in an upsurge in violence likely aimed at further undermining the legitimacy of presidential elections next month. 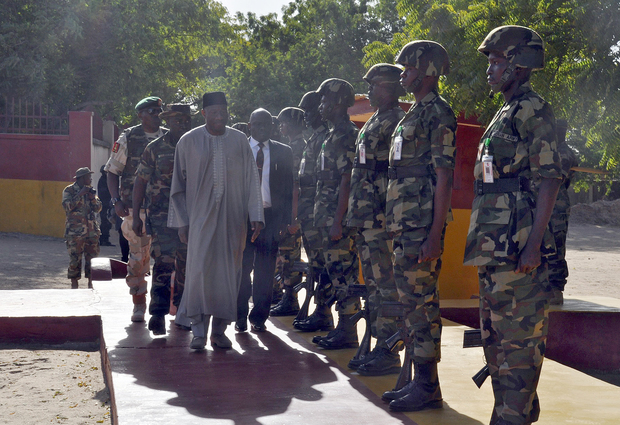 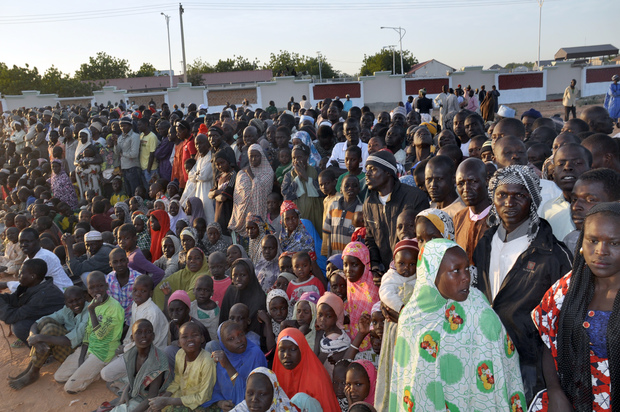 Mr Jonathan's visit was shrouded in secrecy and came after a previous trip to the restive region in May last year was cancelled at the last minute.

He had planned to visit the remote Borno town of Chibok after Boko Haram militants kidnapped 276 girls from their school in a crime that shocked the world.

The cancellation, reportedly for security reasons, dealt Mr Jonathan a further blow in his perceived woeful handling of the kidnapping crisis.

The recent visit, which coincided with Nigeria's armed forces remembrance day, saw him bring a contingent of 200 troops from Abuja.

He travelled in a heavily guarded armoured car, police lined the streets and a military jet patrolled the skies above, the AFP reporter said.

Boko Haram was founded in Maiduguri in 2002 and was largely peaceful until a police and military crackdown against its then-leader Mohammed Yusuf and his followers in 2009.

Mr Jonathan's last visit came before a state of emergency was declared in Borno and neighbouring Yobe and Adamawa states in May 2013.

The special measures initially saw the Islamists forced from urban centres but violence has steadily increased, particularly in the last six months, and seen dozens of towns and villages overrun.

Nigeria's military has been criticised for not being able to crush the rebellion but soldiers have complained they lack the arms and ammunition to fight the better-equipped militants.

Mr Jonathan visited the base of the army's 7th Division, where disgruntled troops shot at their commanding officer last May, leading to a court martial at which 12 were sentenced to death for mutiny.

"The armed forces are now better equipped than what they were before," he told officers and the rank-and-file.

"We will continue to provide you with the latest equipment for better performance."