On a clear, calm morning a tall ship appeared quietly on the horizon from far out at sea. 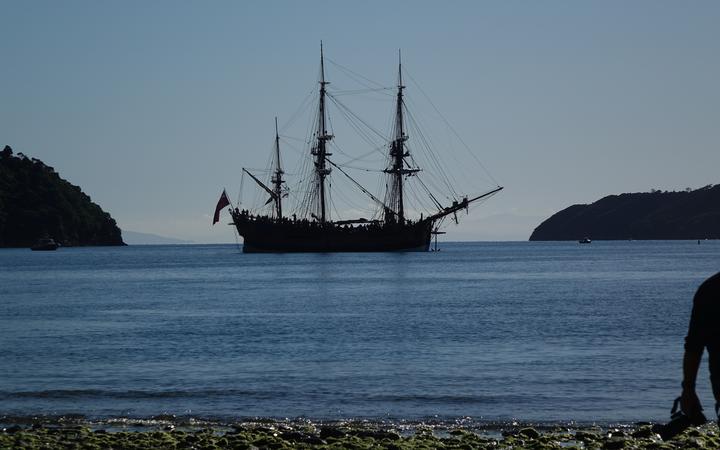 The rhythmic chants of the crew of four waka drifted across the cove to those onshore, as they powered out to meet the ship.

Their paddles flashed in unison towards the bulky ship, as it glided in slowly.

It was 21 November 2019 - almost 250 years after Captain James Cook sailed the Endeavour into Meretoto/Ship Cove, in the outer Marlborough Sounds, its namesake replica dropped anchor in the snug cove which faces an often stormy seaway named after the British explorer.

But it was Tahitian Polynesian explorer, Tupaia, for whom the most tears were shed at a commemorative pōwhiri this week.

Kiley Nepia of Ngāti Apa ki te Rā Tō, whose ancestors were present at Meretoto/Ship Cove when Cook arrived 250 years ago, said the legacy of Tupaia, who was onboard the Endeavour with Cook, was felt strongly.

He said Thursday's event marking Captain Cook's arrival in the South Island on his inaugural 1769-1770 voyage to these shores, was a celebration of all great navigators.

Mr Nepia was on one of the waka tangata that met the Tuia 250 Voyage flotilla as it arrived at Meretoto at the head of Tōtaranui/Queen Charlotte Sound - the home of Ngāti Apa ki te Rā Tō, Ngāti Kuia, Rangitāne o Wairau and Te Āti Awa o Te Waka-a-Māui, 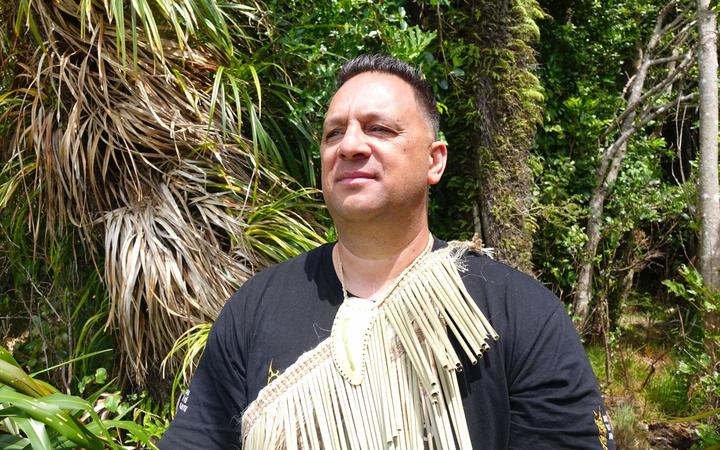 He said he was transported back in time.

"And to see the Tahitian waka first, coming up on the horizon ... I was transported back in time and was able to think about what that felt like.

"It was instant Polynesian connection, and then hearing the drum, and that was cool, so we saluted them and brought them in."

Mr Nepia said the reason they supported the Tuia kaupapa was because of the wider celebration of Polynesian navigation.

"If this was going to be just a Cook-centric gig, I doubt we would have turned up as we did today.

"Whilst we don't agree with what happened, it's happened and we actually need to be at the table to have the discussion." 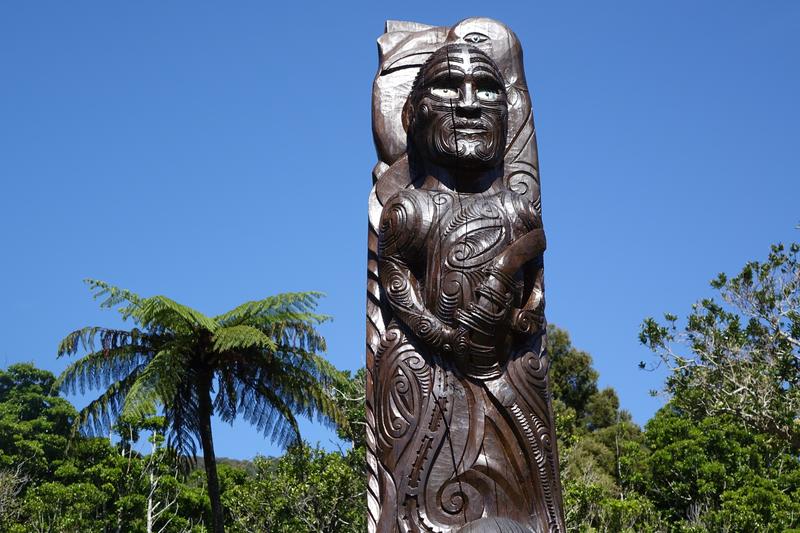 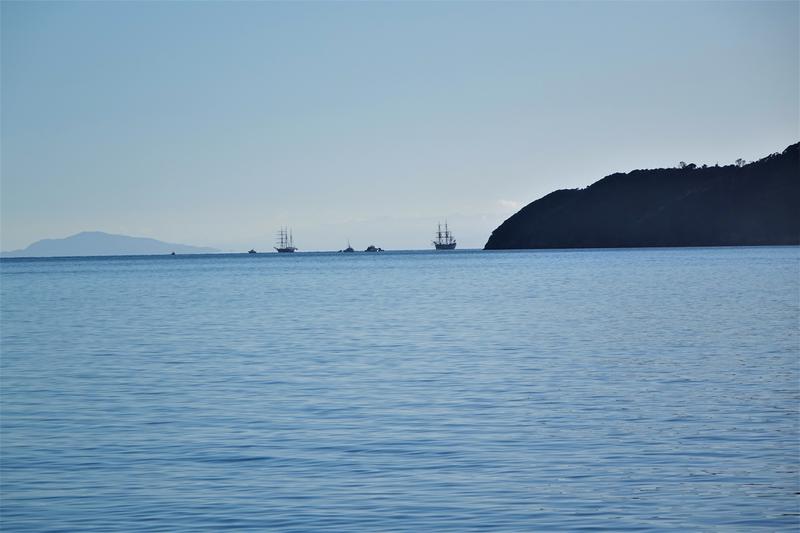 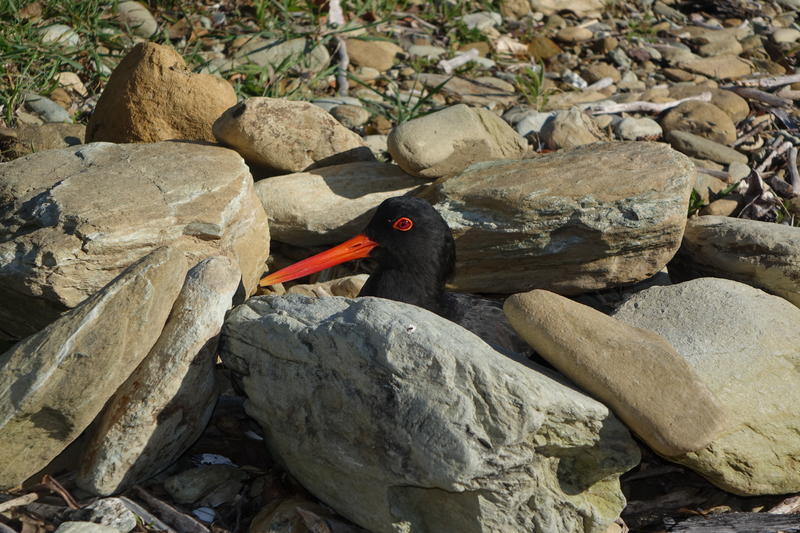 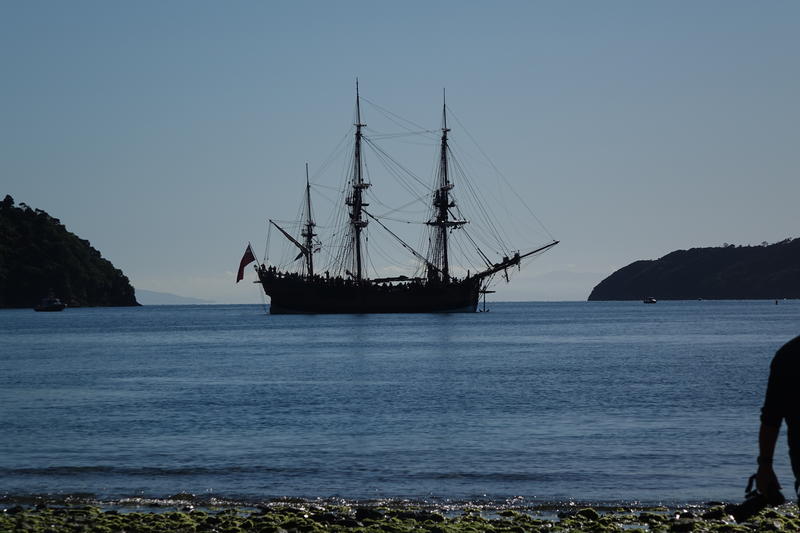 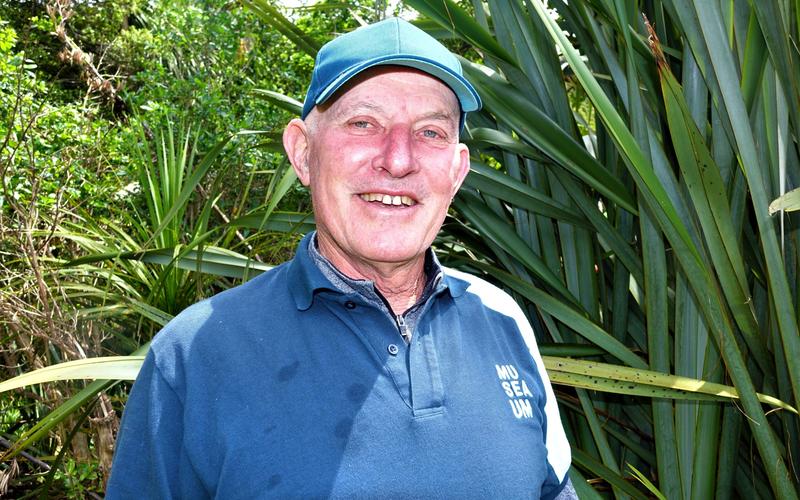 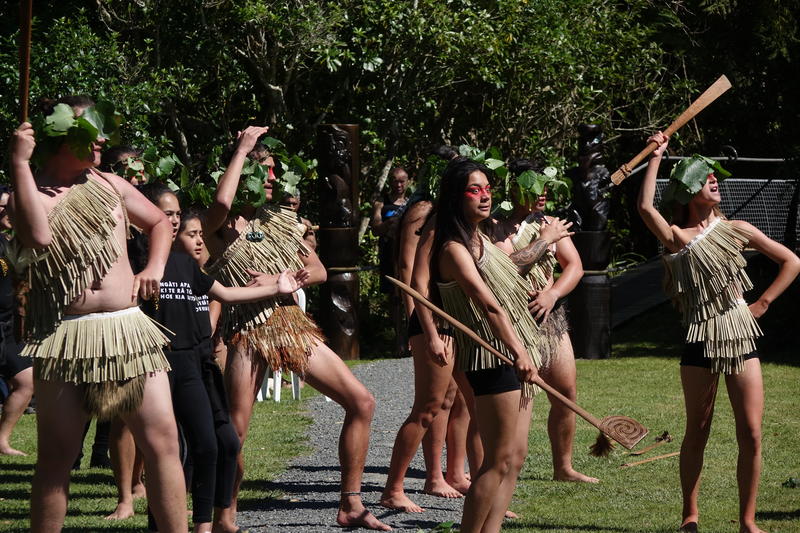 The pōwhiri about to begin. Photo: RNZ / Tracy Neal 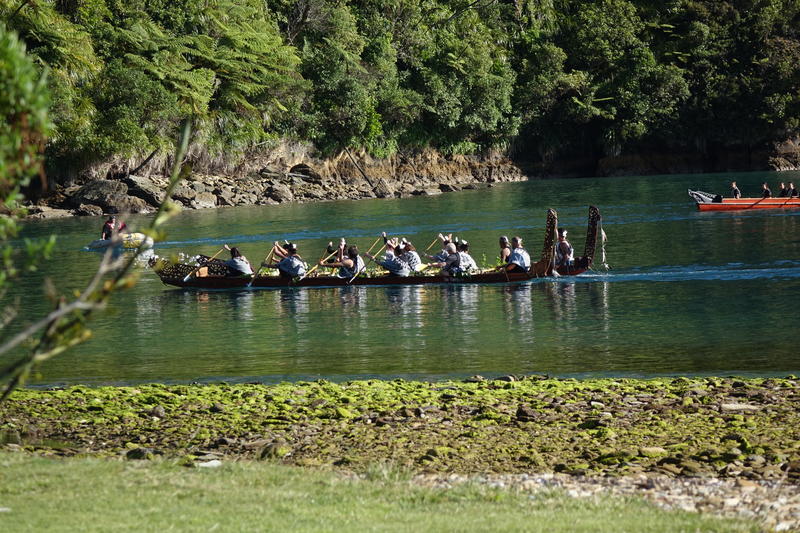 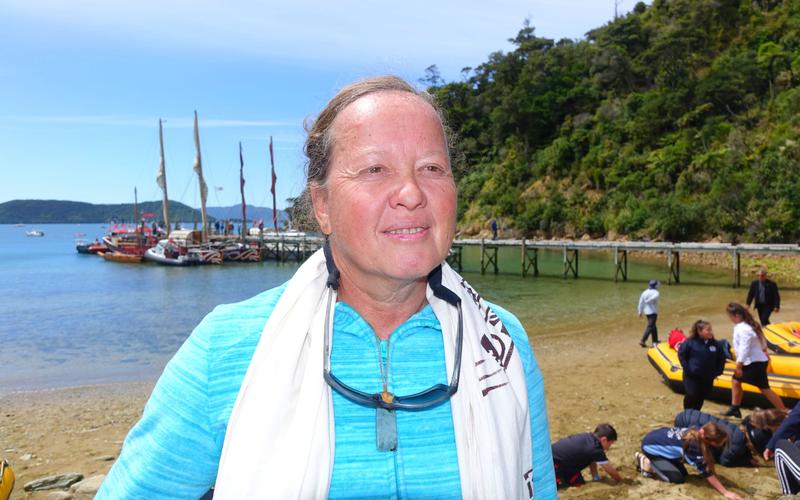 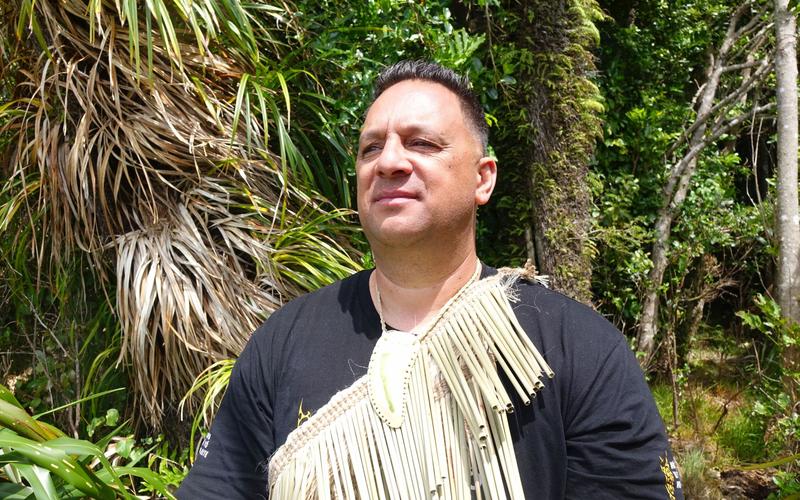 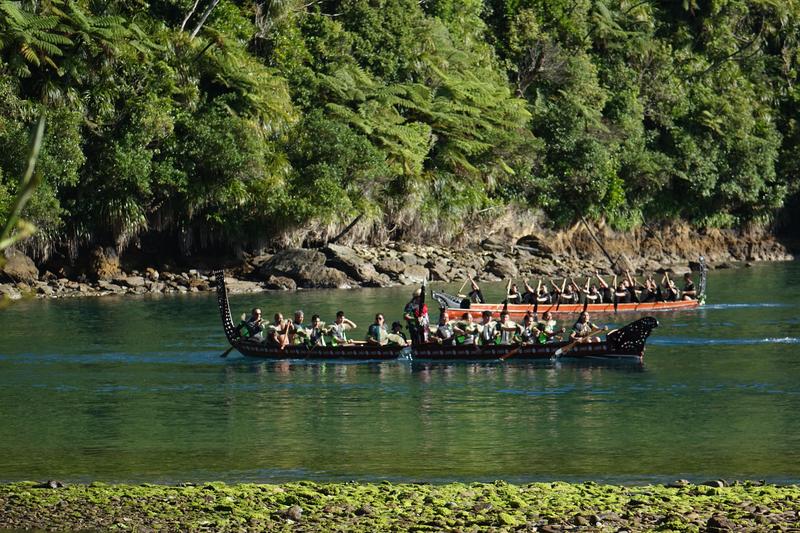 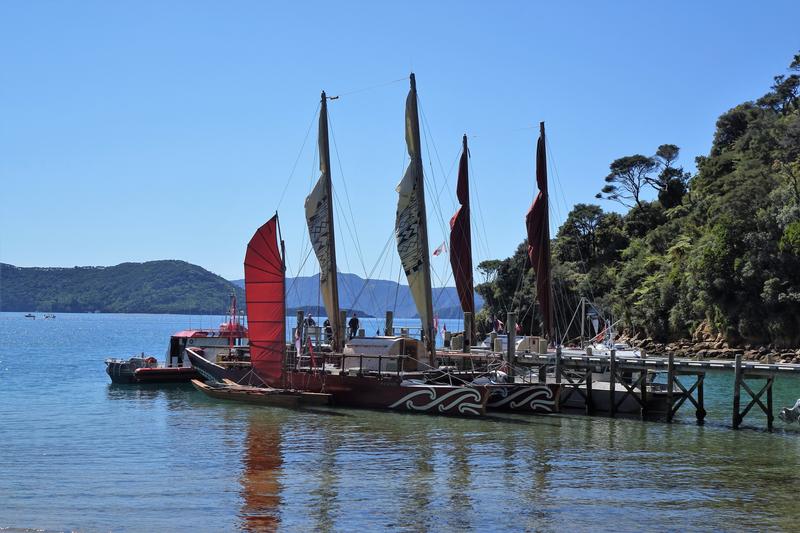 Mr Nepia said after they had welcomed the Polynesian crew on Thursday, they returned to greet the Endeavour, which they circled much the same as happened a quarter of a millennium ago.

Tupaia played a pivotal role in mediating between Māori communities and the crew of the Endeavour.

He was among a select crew of guides enlisted in the Pacific, and who sailed on the Endeavour to New Zealand, and south to Marlborough from the North Island east coast, smoothing out potential conflicts from encounters along the way.

He helped clear some initial aggression when the Endeavour reached the South Island by welcoming rangatira on board with a hongi.

Rangitāne o Wairau Trust co-chair Janis de Thierry said Tupaia came ashore and spent time with the Rangitāne people. She said he was held in high regard, and his death only months later from malaria while he was in Indonesia, was felt deeply by iwi.

Mrs de Thierry said Tupaia was honoured this week at Meretoto at the end of the haka pōwhiri, when a lament was performed by Ngāti Kuia people.

"Today we were able to honour him, and our relationship with him," Mrs de Thierry said at Meretoto on Thursday. 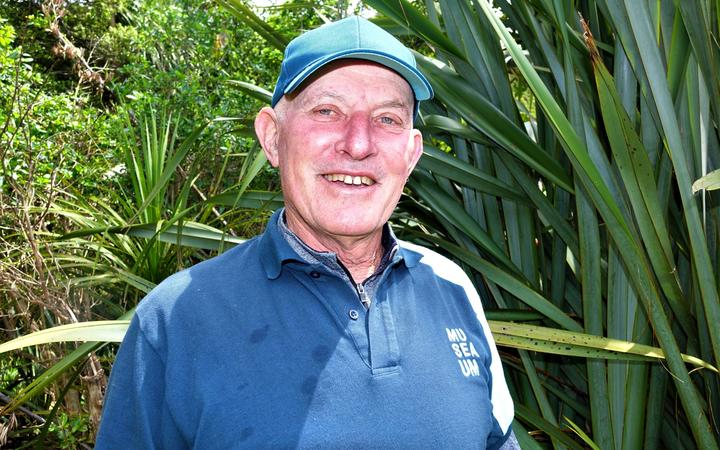 The cove at the northern head of Marlborough's Queen Charlotte Sound was where Captain Cook spent more time than in any other part of the country during this initial and subsequent voyages to Aotearoa.

The captain of the replica Endeavour, Frank Allica, said Cook's journey there in the summer of 1770 was quite possibly easier than that of him and his crew.

He said it was hard work slogging south against strong headwinds on the North Island West Coast, so they turned around and ventured down the East Coast.

"After sort of 12 hours of sailing in the wrong direction, we turned around and decided to do an East Coast trip, which added another 24 hours to our trip.

"The next morning we were back where we started the day before."

Captain Allica said Cook Strait served up its worst and they were forced to anchor in Palliser Bay, but then the wind picked up to twice what they expected.

"We dragged our anchor when then got tangled. We were going sideways as we pulled the anchor back up."

Captain Allica said the two-and-a-half tonne 18th-century anchor took about an hour to get ready and an hour to pull back up.

He said the best idea would have been to head out to sea, but they would not have made it back to Ship Cove in time. 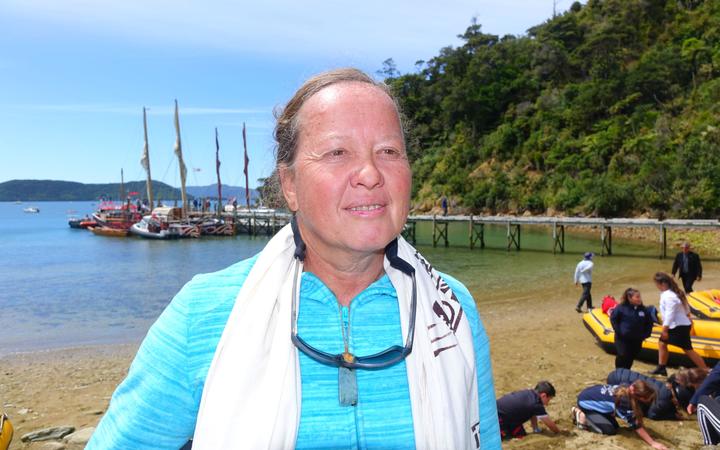 "Well ... 40 knots of wind, 50 knots of wind and 10 to 12-metre swells, bumpy and splashy with hail dropping on the canoe. So, this one was a rough one. The Tasman Sea is very ... we understand now when they talk about the Tasman Sea being rough."

Mr Nepia said iwi had an important part to play in making sure the dual heritage story was told straight.

"We know who was here, we know the names of these mountains, we want to share that kōrero with everybody.

Marlborough continued to celebrate with a list of events this weekend and over the coming weeks.