Descendants of Tahitian navigator Tupaia want the record set straight on his travels with Captain James Cook on the Endeavour. 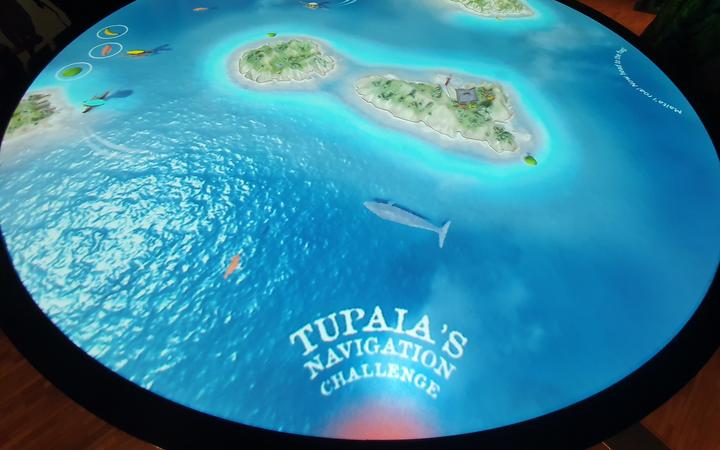 Jean- Claude Tautu said his ancestor's arrival in New Zealand with the British explorer on the Endeavour in 1769 was not his first.

Mr Tautu was part of a Tahitian group that attended the Tuia 250 commemorations in Gisborne last week, marking 250 years since Tupaia and Cook's voyage to New Zealand.

He said much had been said and written about Tupaia but some of it wasn't true.

Speaking through an interpreter, Mr Tautu said the written history must be corrected.

"What he wants people to understand is that the first people who that came here to New Zealand came from Ra'iatea.

"And Tupaia (on his waka) also came here and returned to Ra'iatea. He then came back here on the Endeavour. That is what the oral tradition is telling us." 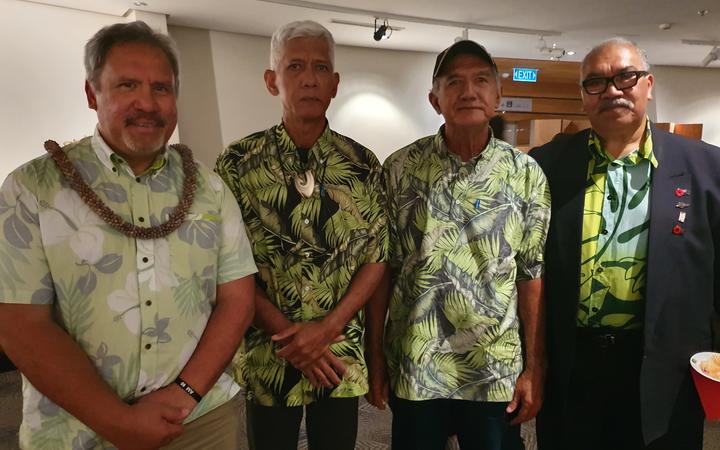 Mr Tautu said he wanted to rectify whatever had been done before, saying he was brought up with the oral tradition.

"And there's the written tradition. We can share the two but it has to be rectified."

The version that Tupaia came to New Zealand for the first time on the Endeavour was not what's contained in the oral tradition, Mr Tautu said.

He wanted all parties involved to work together to tell and tell their own account.

"We need to have a round-table, to get people from both sides to have a talk, a conversation, share their ideas - to have that discussion.

"Oral tradition is as pertinent as the written history." 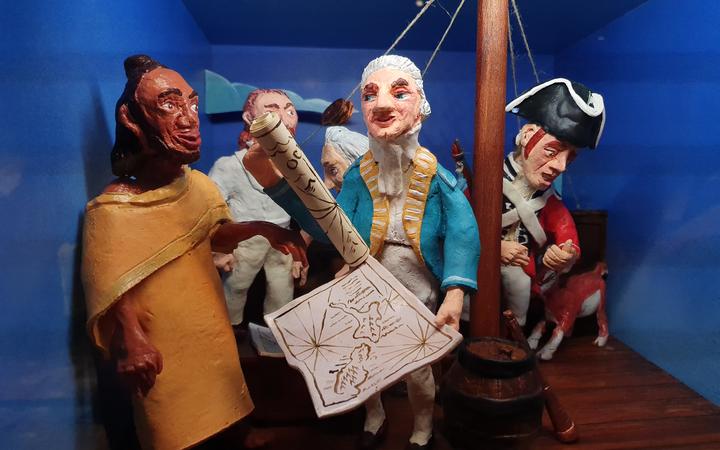 Tupaia, left, with the Englishmen on the Endeavour. Photo: Christine Rovoi

Ben Tei, of the Cook Islands, agreed with Mr Tautu.

He told the Talanoa session, that followed the exhibit, that Tupaia did not accompany Captain Cook to New Zealand to help navigate the Endeavour.

"Tupaia brought Cook here under the pretext of food and water," he said. "[Tupaia] came here to meet and greet his relatives. That's his reason for coming here.

"It wasn't to bring Cook. It was to greet his family he had left behind."

Another descendant, Teta Dolores, said she was happy to attend the Gisborne celebrations and the Auckland exhibition.

In Gisborne, they managed to follow Tupaia's trail, she said, speaking through an interpreter.

"She is proud to be here and to learn a lot of things about her tupuna and to meet other members of the Tupaia family and to follow the way of Tupaia."

She could not make it to the caves in the mountain but the men who went had many stories to share.

"They spoke about her tupuna's travels and she said it was like she was watching a movie.

"That she could picture Tupaia travelling and she hopes people keep his legacy alive." 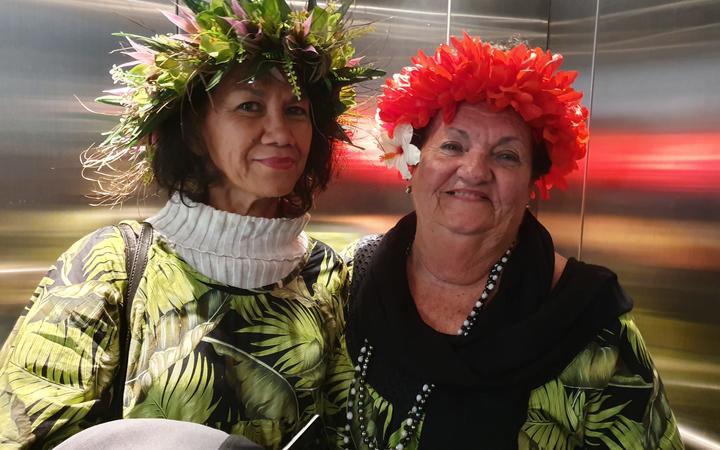 Another descendant, Iotefa Guilloume, said the trip was a great opportunity for him to learn more about his tupuna.

The master carver said he would continue to tell the stories of Tupaia: "I want to learn more about Tupaia's skill of carving, navigating and the artist that he was."

The local government body was approached by Tupaia's family to be a part of their journey, she said.

"We brought over a stone from Ra'iatea, which we presented to the people of Gisbourne during the 250 voyage celebrations last week," she said.

She described Tupaia as a smart, strong and helpful man, and urged Tahitians to follow in his footsteps.

She encouraged the islanders to unite and work together helping each other like Tupaia did.

Auckland Museum's director of collections and research David Reeves said the exhibition was part of the wider programme for the 250 celebrations.

The museum took the threads of three worlds and looked at how they intersected, he said.

"We focussed on Tupaia and the intersecting threads of James Cook and the englishmen who came with him and then what happened in Aotearoa 250 years ago," he said.

"The story of Tupaia is not well-known. It is only known to some communities in Tahiti but it is not widely known in Aotearoa. We hope the exhibition will teach New Zealanders about the legacy of Tupaia."

Mr Reeves said the exhibition would continue into the new year.

The remains of Tahitian navigator Tupaia will be returned to his homeland, says his family.

Tupaia is believed to have died from an illness when the Endeavour had berthed in Batavia, now known as Jakarta, for repairs.

According to Cook's journal, Tupaia was a "shrewd, sensible, ingenious man but proud and obstinate which often made his situation on board both disagreeable to himself and those about him.

"He tended to himself and those about him and tended much to promote the diseases that put a period to his life," Cook wrote.

Mr Tautu said efforts were being made by the families to retrieve Tupaia's remains and bring it to Tahiti.

Speaking through the interpreter, Mr Tautu said Tupaia should be laid to rest in Ra'iatea where he belonged.

"He says some experts and researchers have gone to Jakarta to look for the place where Tupaia was buried 249 years ago.

"All he knows is Tupaia was buried next to a house and the house is still standing. But they haven't found the specific place where Tupaia was buried. So it's a project that was carried out from [New Zealand] and not from Tahiti."

Jean-Claude Tautu said the families would work closely with the French Polynesian government and Indonesian authorities to return Tupaia to his people. 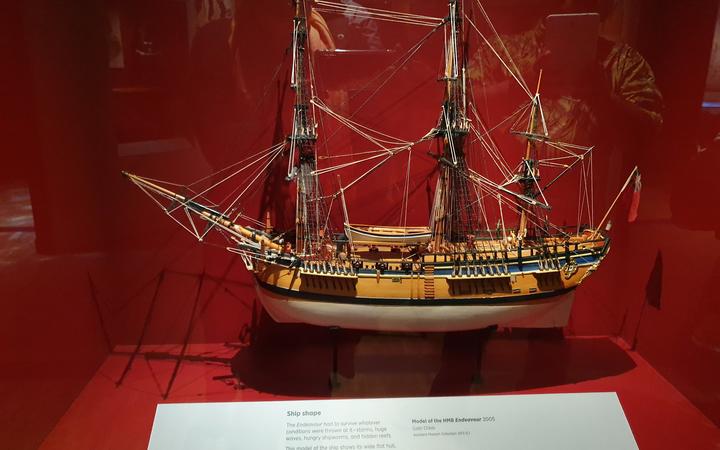 A replica of Captain James Cook's Endeavour is on display at the Auckland Museum. Photo: Christine Rovoi