The Cook Islands National Rugby League coach says competing in the Nines tournament in Sydney is good preparation for going into a World Cup qualifier against the USA in Florida in November. 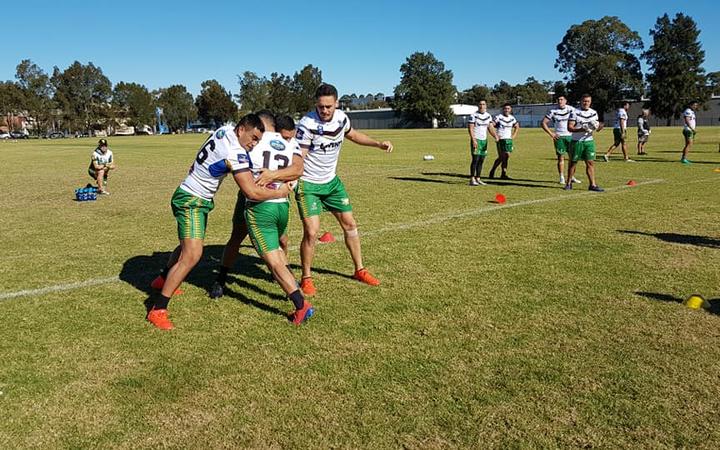 The Kukis players are put through their paces during training. Photo: Charles Carlson/Cook Islands Rugby League

In Sydney Cook Islands will face stiff opposition in their opening match in pool C today against a star-studded Tonga invitational 13.

The amount of talent gathered for the tournament was unreal, said Cooks' coach Tony Iro, but he was backing his boys to hold their own at Bankwest Stadium.

"Given the shortened format of the game I think possession is the biggest thing. If you can hold onto the ball as long as you can, it gives you an opportunity to win the game," Iro said.

"Conversely, if you are making errors and having to defend you might find yourself in a bit of trouble.

"So we are focussed on those kinds of things in terms of getting us through. We are obviously in a really tough pool this weekend but our boys have played against them all so they are looking forward to the challenge." 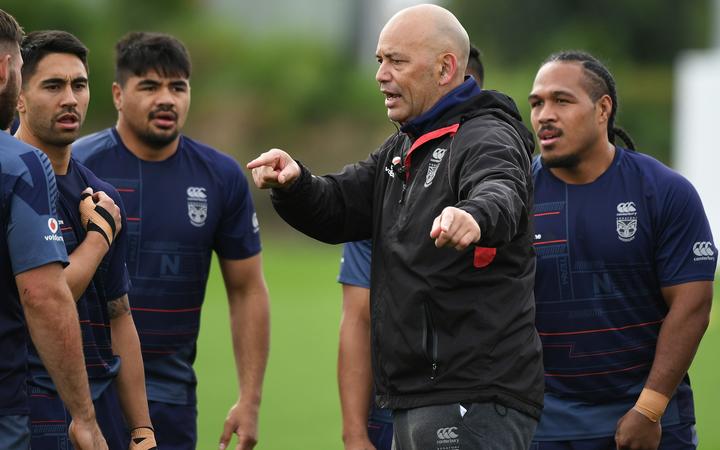 Iro said it had been challenging trying to adjust training and tactics for the fast paced Nines format.

Looking forward to the World Cup qualifier against USA in Florida on 16 November, Iro said just being together and focussed on their rugby in Sydney would go a long way.

"Obviously we don't get a massive amount of opportunity to get the boys together so yeah this is a bit of a bonus," Iro said.

"They are excited about it, it is a new concept but as I say it is a real nice lead into a big qualifier for us next month."