In the wake of last week's Marshall Islands Supreme Court ruling declaring a Nitijela (Parliament) law banning postal ballots unconstitutional, a battle is brewing among elected leaders and lawsuit plaintiffs over what should happen for next month's national election, scheduled for 18 November. 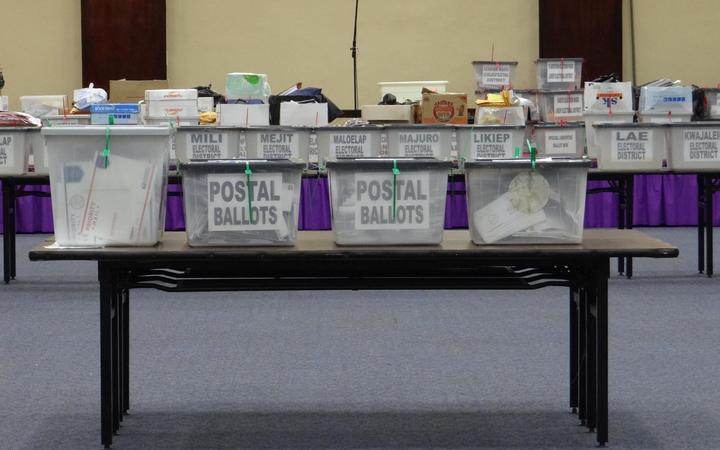 Boxes of postal absentee ballots cast in the 2015 national election await tabulation in Majuro in this file photo from 2015. Photo: Hilary Hosia

The President's Office has announced that as a result of the court ruling, the November election will "proceed as planned, based on the current law and with existing restrictions on postal ballots".

A group of opposition Nitijela senators demanded publicly this week that the government "exert all efforts to ensure that our citizens outside the Republic are given the opportunity to participate in this election and cast their votes".

Lawsuit plaintiffs questioned, "does the Cabinet have the will, the desire for all to vote?"

Anna Anien and Evelyn Konou, who filed one of the two lawsuits challenging Public Law 2016-28 that banned voting by postal absentee voting, and Biram Stege said they met with President Hilda Heine this week to seek action for postal voting next month.

But, they said, "So far - and we hope there is a change of heart - government has demonstrated no willingness to support widespread postal ballot use for off-island voters."

They said there is no question the Electoral Office "is capable" of managing postal voting. 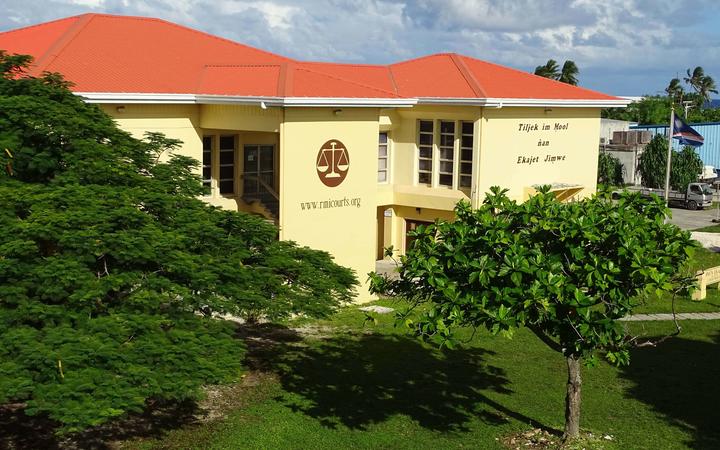 "We reminded the President that the universal suffrage clause of our Constitution means that all."

"Marshallese voters must be able to cast their ballots in the upcoming November election and asked for her cooperation to make it happen."

But the President's Office statement late last week said the Supreme Court had "clearly found that there is no constitutional right to a postal ballot or any other specific measure of voting for qualified voters residing overseas".

The President's Office is maintaining the status quo of no postal voting for next month.

Meanwhile, opposition senators said a coalition of independent senators attempted on several occasions to revoke Nitijela Bill No. 06 but all attempts were blocked by the president, her Cabinet and the ruling party.

They described the press release issued by the government after the court ruling as "another deception by the President and her Cabinet to place a smoke screen over the failure of the government to accord citizens of the Marshall Islands residing overseas their constitutional right to participate in the upcoming election".

The Supreme Court ruling said there was no constitutional requirement for the government to provide voting through postal absentee ballots.

But, it ruled, given the clear language in the constitution providing for universal suffrage, the government is required to provide some means of voting for the tens of thousands of citizens living in the United States.

Because of the short time from the ruling last week to the 18 November national election, the court said its decision was effective after the November election because it placed an unreasonable burden on government to roll out a voting option for off-shore voters in the five weeks to the election.