Gisborne iwi are setting the record straight on Captain James Cook, describing their ancestors' first experience of the British as collisions not encounters. 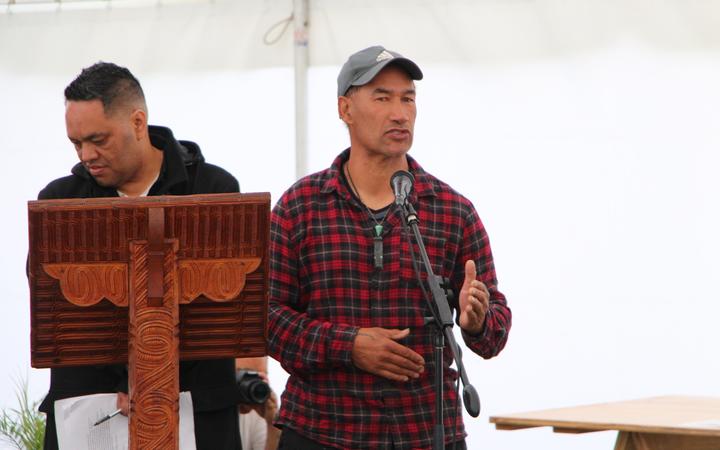 Dean Hawkins talks about the four fisherman who were shot and killed by Captain Cook and his crew. Photo: RNZ / Meriana Johnsen

Previous commemorations to mark the 150th and 200th anniversary of James Cook's arrival in Aotearoa failed to mention the nine people who were killed by the Endeavour crew, or how Polynesian navigators arrived in New Zealand in 1350.

That side of New Zealand history was revealed at the Tūranga Hou Kōrero hosted by local iwi - Rongowhakaata, Ngāti Oneone, Te Aitanga-a-Māhaki and Ngāi Tāmanuhiri, yesterday.

Ngāti Oneone rangatira Te Maro was the first person shot by Cook's crew on 9 October, but little is known about the four unarmed fishermen killed the same day.

Three young boys who had tried to swim away were captured. Captain Cook and his crew, including Tahitian navigator Tupaia, brought them on board and gave them food and alcohol, but they were returned to their village in Waikanae the next day.

That was just one of the stories that the 50 people at the wānanga heard, including local Kirsty Gaddum, who brought her two kids along.

She loved hearing about the history of the former railway station reserve. 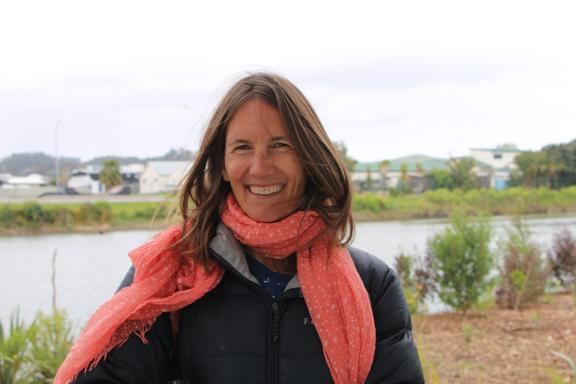 "Waiohiharore was the spring of Hiharore the women, and it's obviously a very tapu, sacred site, so just putting that into context and it is no longer going to be 'the cut'."

Looking out across the reserve to the awa which runs next to it, he described how his ancestors actually landed on the other side of the river.

"The irony also is I've always wondered how we can walk on water - we are doing that today - because this whenua here, when our story began, was ocean."

It's these historic inaccuracies that the iwi have been bringing to the fore over the last few days, and will continue to do so over the coming week.

Mr Waipara said people need to recognise that New Zealand began with the arrival of Polynesian navigators in 1350, not 1769.

After the kōrero, people were invited to get into groups to discuss what had been said - and what hadn't, which included the British High Commissioner's statement of regret.

One of the groups said they would like an apology from the Royal Society of London.

Rongowhakaata have erected nine pou on the Waiohiharore reserve, which remembers those who were killed.

But kaiwhakahaere Amohaere Houkamau said it was also a space for people to continue these difficult conversations.

She agreed that there was still more work to be done following the statement of regret.

A group has been invited by the British High Commissioner to travel to London in November.