Mining company OceanaGold has been given approval to buy land in Waihi to expand its gold mine. 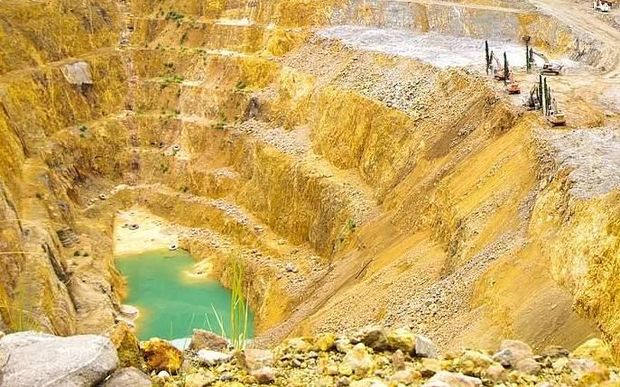 Earlier this year, OceanaGold's application to buy 180 hectares of land was declined.

Mr Parker was satisfied the investment met the legal criteria, but the Land Information Minister Eugenie Sage was not.

Because it was a split decision, the purchase was not approved.

OceanaGold wanted to use the land to dump mine tailings.

At the time a company spokesperson said the decision risked its future and it might put jobs at risk after 2028.

In August the company made a new application to the Overseas Investment Office.

It was considered by Mr Robertson and Mr Parker, who say the purchase will result in the retention of about 340 full-time jobs, and exports valued at $2 billion, over nine years.

Prime Minister Jacinda Ardern said Labour isn't rail-roading the Greens by approving the expansion of the gold mine.

National said the decision to override Ms Sage is a vote of no confidence, and she should be stripped of her portfolio.

But Ms Ardern said this isn't a sign of divisions between Labour and its support partner.

"Just that different ministers have come to different decisions and I don't think that's got anything to do with political parties.

"There's different applications have been put in before Ministers and different Ministers have come to different conclusions and I would expect that from time to time you will get Ministers with divergent views," Ms Ardern said.

The original denial of the application was strongly criticised by the minerals industry organisation, Straterra, and Hauraki District Mayor John Tregidga.