Mining company OceanaGold's application to buy land for a reservoir for its mining waste in the Coromandel has been declined. 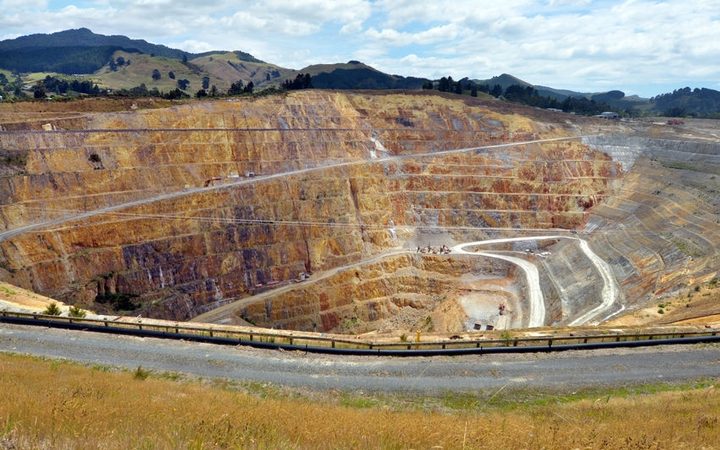 An OceanaGold mine. Photo: 123RF

The company made an application to buy 178 hectares of rural land on the outskirts of Waihi, under the Overseas Investment Act.

Land Information Minister Eugenie Sage and Associate Finance Minister David Clark were at odds on whether the application met the requirements under the Act to provide substantial and identifiable benefit to the country.

Mr Clark believed it did but Ms Sage was not convinced.

Under the Overseas Investment Act, when ministers form different views on an application, it is declined.

However, a separate application for OceanaGold to continue mining in Waihi through to about 2028 was approved.

The company's senior community advisor for Waihi, Kit Wilson, said the company was extremely disappointed the application was declined.

"The purchase of these properties would allow us to plan for the future and extend our investment in Waihi beyond the current life of the mine and our significant economic contribution locally and nationally."

He said the company employed about 350 people at Waihi Mine and about 1000 nationally.

Mr Wilson added the company still had not been able to digest the decision in full.

"We received the decision today from the time from the minister at the same time it was made public," he said.

The company would be looking at its options over the weekend. It had not ruled out legal action.