Hundreds gathered to open an exhibition in Tūranganui a Kiwa - challenging and responding to the Cook commemorations. 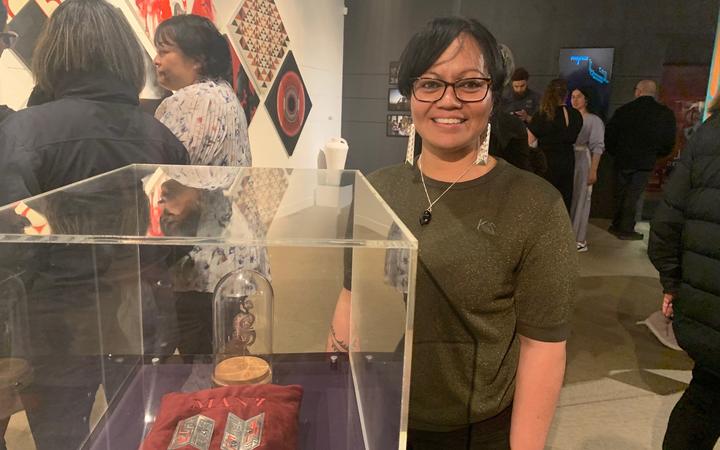 Tuia 250 in Gisborne kicked off over the weekend with thousands attending the pohiri for dignitaries and waka hourua that arrived from here and Tahiti.

Along with Tuia 250, a number of iwi and community led events have been planned - challenging and responding to the kaupapa.

Native Voices: Ko au, Ko Mātau opened last night and consists of 43 Māori artists and their response to the 250 commemorations.

Some of the pieces include a sculpture of a hand doing the fingers to the endeavour, an old arcade game taking down the coloniser, and a painting of Cook with a thought bubble saying shoot to kill and a speech bubble saying we come in peace.

Kaaterina Kerekere, along with her husband, Tai, were the curators and also artists in the exhibition.

She said she wanted to make a space for artists, many who are from Tūranga, to express their whakaaro freely on 250 commemorations.

"We wanted to provide an open and undiluted canvas for the artist to express their opinions, their response directly to the 250 commemorations."

Mrs Kerekere says there are over 60 art works, some more direct than others. 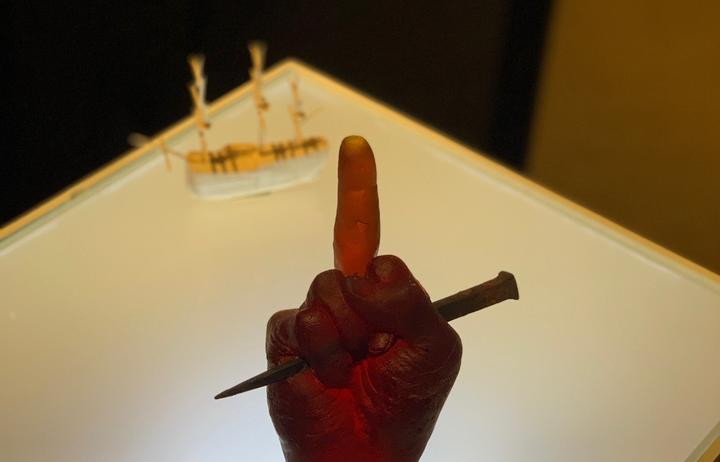 Her mahi is silver adornments oxidised with pounamu - challenging the idea of taonga in response to another exhibition opening, Tū te Whaihanga, which is 37 taonga returned from Europe, that were taken on the Endeavour in 1769 and have not been seen in our region for 250 years.

"My response is what is the meaning of taonga, what is the essence of taonga, is it tangible or intangible? Is it an object or is it the relationship and the whakapapa with that artifact that makes it a taonga - that is my discussion in those adornment pieces."

Throughout the opening, many children were interacting and discussing the pieces - something the curators and some of the artists also incorporated in their creative process.

"Times are changing, we have to look at ways to engage with our younger ones, to teach this mātauranga Māori in that manner that they learn."