Thousands gathered to witness a rousing pōhiri as the waka hourua - signifying the historic voyages of Māori to Aotearoa - arrive in Tūranganui a Kiwa. 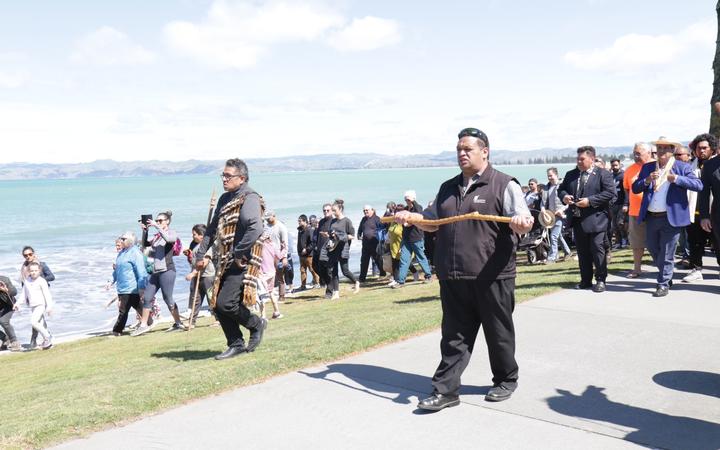 It did not come without its challenges, although the sun was shining, Tawhirimatea caused havoc and changed plans for the waka - which were originally going to berth and disembark at Waikanae beach.

But due to high winds they had to go into the port, and then travel back to the beach to join the larger ope with dignitaries including, the Prime Minister, French Polynesia President, Dame Patsy Reddy and others.

As they made their away along the path to where the whaikōrero were being had, seven teka were laid, being picked up by a range of people including navigator Hoturoa Barclay-Kerr and Minister for Māori Crown relations Kelvin Davis.

The first speaker of the haukāinga, Taharakau Stewart from Rongowhakaata, welcomed the ope (entourage) in his kōrero and others speakers include Piri Sciascia who referred to the role of Hine pū te hue - the goddess who turns rough winds into peace, aligning to the concept of Tuia 250 to confront the past.

The Prime Minister was front and centre at the events today and said today's voyage is a crucial part of Aotearoa's history, as it's the first part.

"I think that is what Tuia is about, it's an opportunity for us to learn about each other's history, to have conversations. It travels through New Zealand, you can physically see through the ships and the waka that history in real life and what a great way to spark the conversation."

After the pōhiri she made her way to Te Poho o Rawiri marae and spoke from the mahau along with Dame Patsy Reddy.

The group from French Polynesia were a prominent part of proceedings today - symbolising the connection with Tupaia, who was a key navigator on the Endeavour.

They handed over a kōhatu or stone which symbolised the mauri of Tupaia from the waka hourua, Fa'afaite. The stone is one of many that were collected from significant sites to Tupaia back in his whenua, which will be given to each place they visit. 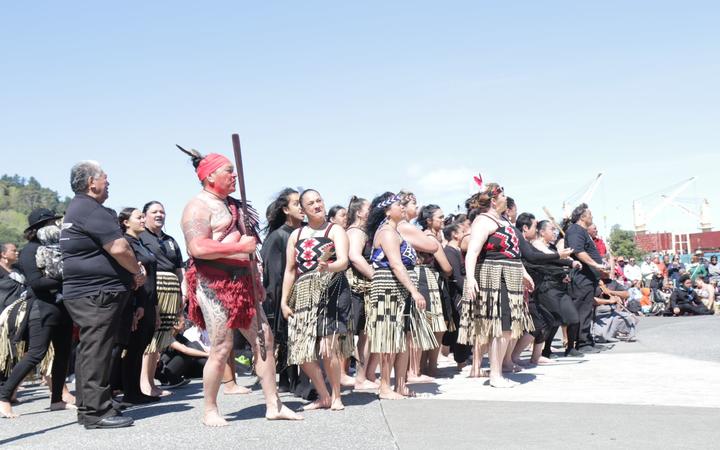 Flotilla kaitiaki and master navigator Jack Thatcher said although the voyage today was not perfect it was a great day.

He said that despite opposition to the wider commemorations including the replica of the Endeavour arriving next week, that it is in fact part of the healing process of facing New Zealand's history.

"We can hold on to anger, hatred and all those things for as long as we want, but some of us, we want to come out of it and I think Tuia is the binding together of those positive things that come from voyaging.

"I think it's not something we should hide from, or hide from our tamariki, they don't know the true story of what happened to Te Maro, and we need to hear these stories,"

Mr Thatcher said at the end of the voyage they will collect all the stories they have heard and gathered in their voyages and present it back to the nation to help with the healing process.

The waka have 15 out of the 17 stops left as part of the wider Tuia voyage, with their next stop being Uawa or Tolaga Bay.