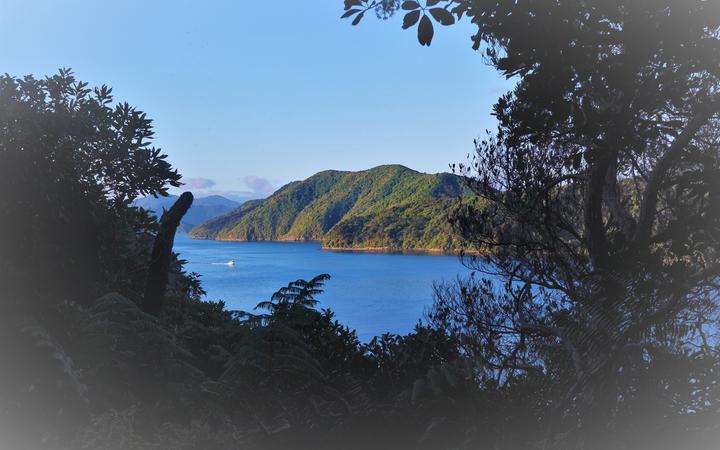 The cove at the northern head of Marlborough's Queen Charlotte Sound was where Captain Cook first dropped anchor in the South Island. Photo: RNZ / Tracy Neal

The Tuia 250 Voyage flotilla - which includes traditional waka, the HMB Endeavour replica and the Spirit of New Zealand - was scheduled to arrive in Tōtaranui/Queen Charlotte Sound this morning, to be met with a Pōwhiri at Meretoto/Ship Cove.

The cove at the northern head of Marlborough's Queen Charlotte Sound was where Captain Cook first dropped anchor in the South Island, in January 1770, and was where he spent more time than in any other part of the country during this initial and subsequent voyages to Aotearoa.

The Marlborough Sounds figured prominently in stories of Māori voyaging, dating back to the great explorer Kupe, whose was honoured in place names such as Te Taonui-a-Kupe or "Kupe's great spear" - also known as Cape Jackson, which is the headland into Queen Charlotte Sound, and Te Kupenga-a-Kupe or "Kupe's net" - the cliffs on Cape Jackson.

Te Pokohiwi/the Wairau Bar in Marlborough was one of the oldest known settlement sites in Aotearoa. Research showed that settlers from Polynesia arrived there as early as 1300AD. DNA evidence has also shown that members of local iwi Rangitāne can trace their ancestry to these early explorers.

The head of the trust organising commemorative events in Marlborough said they would mark the country's first sustained onshore encounters between Māori and Europeans.

The Tōtaranui 250 Trust was a voluntary organisation made up of community representatives, and in partnership with tangata whenua: Ngāti Apa ki te Rā Tō, Ngāti Kuia, Rangitāne o Wairau and Te Āti Awa o Te Waka-a-Māui, to commemorate Marlborough's significant First Encounters in the context of the national Tuia 250 programme. 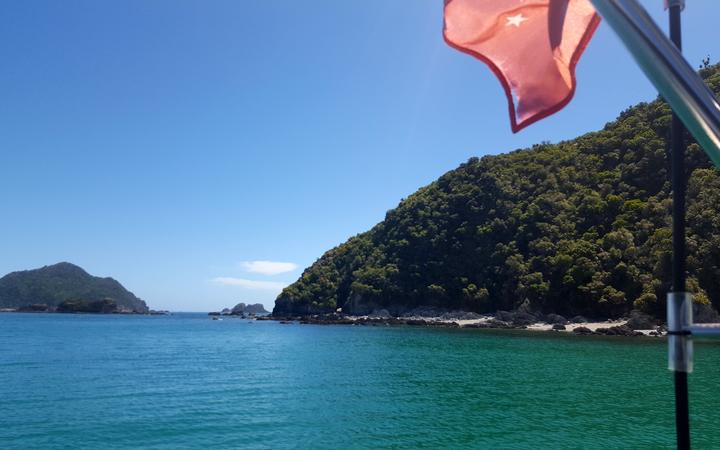 General manager of Tōtaranui 250, Chrissy Powlesland said James Cook's arrival in the South Island went better than in the north, because he had by then learned about cultural exchange.

When the Endeavour arrived at Meretoto, it was circled by four waka.

Polynesian navigator Tupaia helped smooth over some initial aggression by welcoming rangatira (leaders) on board with a hongi.

"By the time the Endeavour reached Meretoto, the crew - Cook, Banks and Tupaia had had variable experience in the North Island, and they had learned a great deal in terms of diplomacy and tikanga with local iwi," Ms Powlesland said.

Tupaia played a pivotal role in mediating between Māori communities and the crew of the Endeavour. He was among a select crew of guides enlisted in the Pacific, and who sailed on the Endeavour to New Zealand, and south to Marlborough from the North Island east coast, smoothing out potential conflicts from encounters along the way.

"Certainly Tupaia was the one calling out to the local iwi that were there, and in a lot of ways it meant those first encounters were quite different to other areas."

Tōtaranui 250 trust chair, and Ngāti Kuia environmental manager Raymond Smith, said word was also out on the "kumara vine" that visitors were on the horizon. 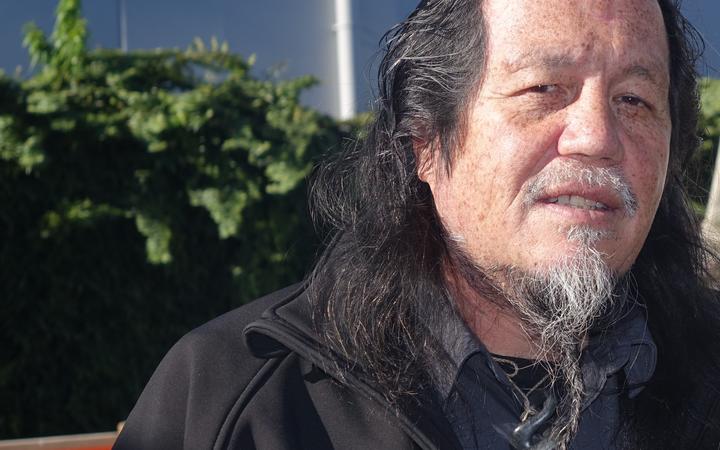 "It was an incredibly sheltered spot, and there was a lot of food there, so Cook ended up returning three more times on later journeys.

"Our local people like to say it's because of the people, and today that remains the same."

But it was not an entirely trouble-free welcome. Norwegian rats were believed to have been introduced to Aotearoa at Meretoto/Ship Cove, when they came ashore via the Endeavour's ropes after it was careened on shore - pulled onto the beach and tilted on its sides for repairs to the hull.

Cook made four visits to Meretoto. After the first visit in January 1770, he made two more visits in 1773 and 1774, and again in February 1777 while on his third voyage south, on the Resolution.

Ms Powlesland said events in Marlborough would also acknowledge the feats of Pacific voyagers, their mātauranga, innovation and navigation prowess.