Analysis - The traffic lights are switched on and New Zealanders armed with their vaccine passes start finding their way into the new Covid-19 protection era. The vaccination rate nudges 90 per cent and National's choice of Chris Luxon as its new leader sets off a media feeding frenzy. 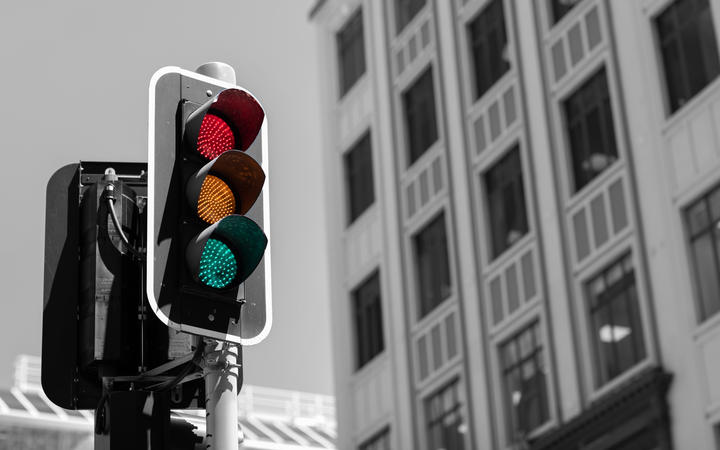 No vaccination pass, no entry. Kiwis are starting to find out where they can and can't go after the traffic lights were switched on at midnight Thursday.

They're expected to become essential for just about everywhere else because although restaurants, cafes and shops aren't being forced to use them they face trading restrictions if they don't.

Supermarkets and pharmacies are exempt, the government considered unvaccinated people shouldn't be barred from food and medicines.

Prime Minister Jacinda Ardern began the week with her much-awaited announcement on Monday of the traffic light settings.

Auckland, Northland and 10 other North Island regions and districts would start off in red. The rest of the North Island and whole of the South would begin the new era in orange, she said.

While businesses can open under all the settings, red has the strongest public health measures such as gathering limits. Ardern said that for people with passes it would feel a lot like the old alert level 2

Covid-19 Response Minister Chris Hipkins said under orange, people with vaccine passes would find life was much like the old alert level 1.

Clear details of the settings and what can and can't be done are on RNZ's website: Explained: What the traffic light system is and how it works.

Ardern, Hipkins, Deputy Prime Minister Grant Robertson and Director-General of Health Dr Ashley Bloomfield spent the rest of the week explaining why, with Covid-19 on the loose, the traffic light system was actually safer than alert levels because it keeps the vaccinated and unvaccinated apart.

They also put in a real push for the unvaccinated to get on board. Hipkins was obviously pleased with the rate, pointing out at his Wednesday briefing that 86 percent of the eligible population was fully vaccinated and 93 percent had been given at least one dose.

By the end of the week, Ministry of Health data showed two of the 20 DHBs, Auckland and Capital and Coast, had fully vaccinated more than 90 percent of their eligible populations and 13 others were in the 80s.

Given all the publicity around vaccine passes and how to get them, it was surprising to hear Hipkins say on Wednesday that while 2.8 million had been issued there were still 800,000 fully vaccinated people who didn't have them. 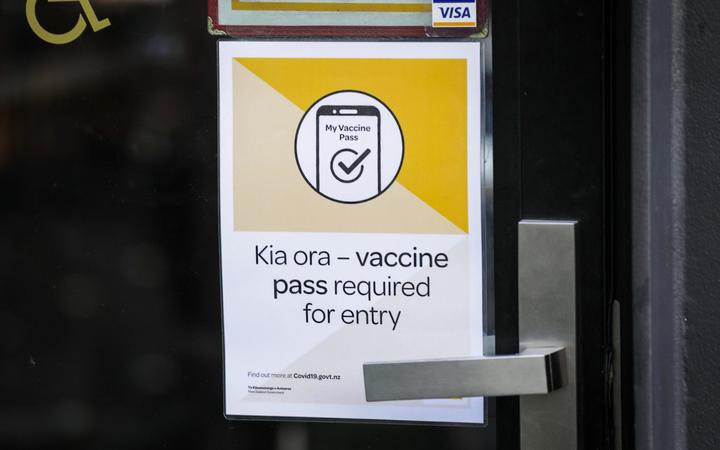 They either haven't applied for one or could be having problems getting one. There have been reports of elderly people not being able to download them and to help overcome that pharmacies that give vaccinations are printing passes for people.

After hearing for months about the plight of locked down Aucklanders it made a change to see a New Zealand Herald report about how the city avoided a much worse fate.

"The move to quickly impose level 4 lockdown in Auckland didn't manage to extinguish Delta but it helped the city avoid the fates of Melbourne and Sydney where outbreaks grew exponentially and killed hundreds," reporter Derek Cheng wrote.

"The outbreaks in Sydney and Melbourne have each claimed more than 500 lives, while Auckland's outbreak has claimed 18."

In an interview with Cheng, Hipkins said all the way through the outbreak ministers had been wondering whether Auckland was going to hit one of the big exponential growth curves that hit Melbourne and Sydney.

"The fact that we haven't is quite a lot of comfort for me," he said.

Hipkins didn't think such growth was on the horizon, given Auckland's eligible population was now at 94 percent for first doses and 89 percent were double dosed.

The pandemic and the new protection system ruled the media until around 4pm on Tuesday, when Christopher Luxon walked out of a caucus meeting as the new leader of the National Party. 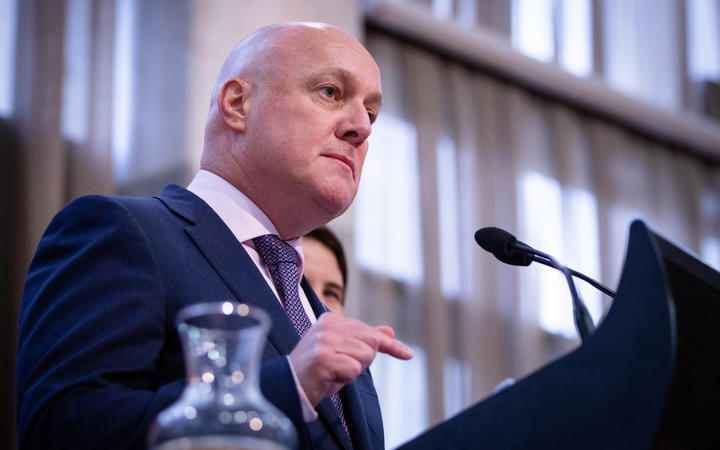 If anyone doesn't know now who he is, what he did, what he said, what he looks like, the challenges he faces and why he thinks New Zealand needs his party, they really haven't been paying attention.

To sum it up, the way he handled himself was impressive. Through his press conference speech and the numerous interviews in the days that followed he was calm, self-assured, confident and ambitious for New Zealand.

He did it well, and unless he wins the next election he has already had his finest hour. After this it gets more difficult.

Herald political editor Claire Trevett said National's supporters would have been reassured by his first appearance as leader and compared him with Sir John Key.

Trevett said Luxon wasn't Key, but the impression of their similarities could help him bring back voters who would see him as representing the stable National Party they used to know in the Key days - not the "fetid mess" it had become since then.

"In the meantime he has to deal with that fetid mess," Trevett said. "The need to ensure peace in the caucus is Luxon's first priority and his reshuffle will be critical."

Luxon moved quickly, announcing on Thursday that he had appointed his former rival Simon Bridges as finance and infrastructure spokesman and given him the number three ranking.

Bridges withdrew from the leadership contest an hour before the caucus meeting and after talking to Luxon, who said there had not been any deals struck.

Trevett said the appointment was not only to show the two men had put any rancour from the last week behind them.

"It was to start off with images of a potential prime minister and finance minister side by side," she said.

Luxon went to Bridges' home turf of Tauranga to make the announcement but the photo op didn't happen. Bridges' son had an accident at school, reported to involve a swing. Father and son were at the hospital when Luxon held the press conference.

Luxon is expected to announce his full line-up on Monday.

Stuff political editor Luke Malpass said Luxon's performance was "all good stuff and on point for a National leader" although he had been "noticeably uncomfortable" when he was questioned about Māori representation and Three Waters.

Malpass also referred to the need to win back the voters who supported the Key/English National Party.

"But the Key-English comparisons should not be stretched," he said. "Just as there was no new Ritchie McCaw no matter how many years the All Blacks wasted trying to find one, so also will there be no new Key."

Malpass said Luxon now needed to start showing he could compete with Ardern.

"For the first time since before the pandemic, she might have a challenge on her hands."

On Thursday, Luxon got his first taste of the sort of scrutiny he can expect from now on.

A Stuff report, front page lead in the Dominion Post, was headlined "Luxon's major capital gains" and said: "Soaring house prices mean new National Party leader Christopher Luxon is effectively earning about $90,000 a week in capital gains on his seven properties, which give him the biggest property portfolio of any sitting MP."

It went on to say that while National had hounded the government for allowing the housing crisis to worsen, the party's new leader was benefitting more than most from soaring house prices.

Stuff calculated that Luxon's properties had a combined value of $21.145 million.

He'll have to get used to that sort of thing. It goes with the territory.