Property developers will have to provide more outdoor space and more windows under suggested changes to the government's bill on high density housing. 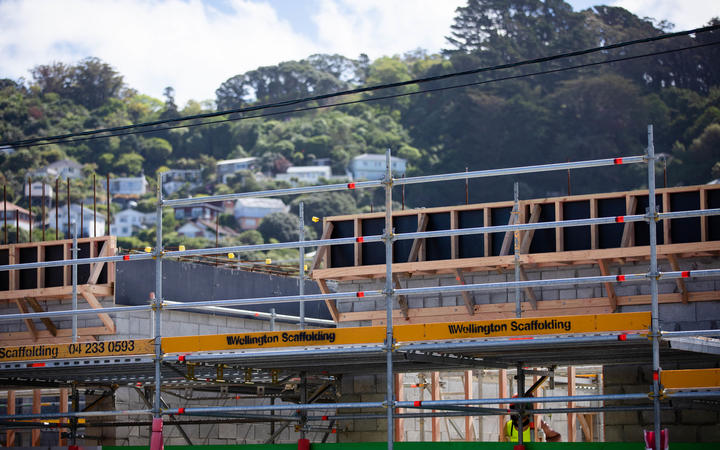 The environment select committee has returned its recommendations.

In October, Labour and National announced their new Resource Management (Enabling Housing Supply and Other Matters) Amendment Bill, which aims to make it easier to build more housing.

The bill includes new intensification rules allowing up to three homes three storeys high to be built on most sites without resource consent, a change from district plans, which typically only allow for one home of up to two storeys.

This would apply in Auckland, Hamilton, Tauranga, Wellington, and Christchurch, where councils would be required to adopt medium-density residential standards.

It has received criticism from various industries, and councils, many of which say they should have been consulted.

The select committee yesterday released its report of recommended changes after hearing from stakeholders over the past six weeks.

The committee recommends increasing the outdoor living area for a ground unit to 20 square metres, and to allow developers to group outdoor spaces together if they are used communally.

It wants out look space to be increased so it is 4m by 4m for the living room window, and 1m by 1m for all other habitable room windows.

A minimum 20 percent of a site must be set aside for planting, grass, or tree canopy.

And a 20 percent minimum for glazing along the front of a building - which includes windows, doors, sliders.

The report wants councils to be able to modify more of the policies if it has the right qualifying matters.

They can be heritage areas, natural hazards, public use space.

The select committee says the legislation needs to clarify that councils could use qualifying matters for areas not appropriate for density.

It also recommends qualifying any matter that has already been through a planning process to avoid reconsideration. That would mean some council housing plans already in motion could continue.

The environment select committee has not had enough time to formalise its recommended amendments.

Usually in committee reports a revised version of the bill is submitted.

But instead, the committee has provided recommendations within its report, citing there was not enough time.

Because the bill has been put under urgency, the select committee has had just six weeks to consider the bill - a process that normally takes six months.

Act leader David Seymour said the party had been arguing for the select committee timeframe to be extended, but Labour and National voted against it.

Minister for the Environment David Parker has been asked to turn the report's recommendations through to a Supplementary Order Paper, which would be at the Committee of the Whole House.

The law is set to be passed before Parliament shuts down for Christmas.