The hiccups in the housing intensification Bill 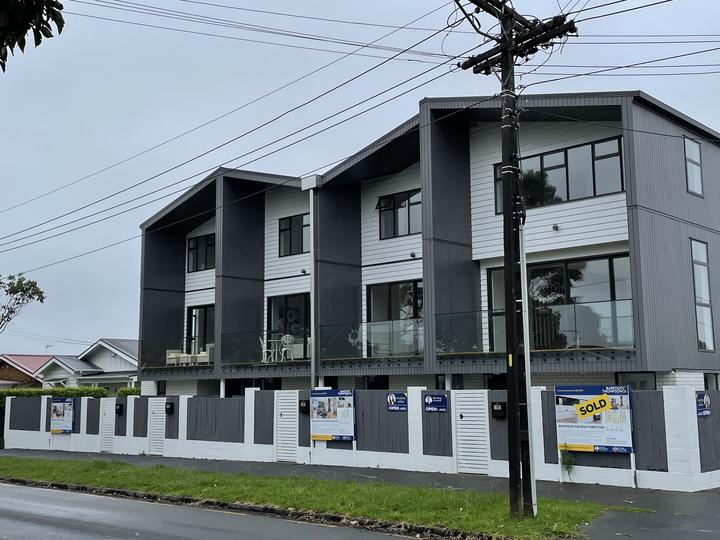 Three story houses close to the boundary will be allowed without resource consent under the new legislation.  Photo: Bill McKay

Labour and National's bipartisan housing plan has fired up critics and supporters alike.

Announced just last month, their amendment to the Resource Management Act is a bold move, travelling at speed, to tackle the housing crisis in New Zealand.

Today The Detail's Jessie Chiang looks at what the new bill changes, and the argument for not leaving our green spaces behind.

Simon Wilson is a senior writer at the New Zealand Herald and he suggests there have been three types of reactions to the new plan.

"The first one would be people going, 'oh no, we can't have that, that's a threat to our leafy neighbourhood and our large section with its backyard and everyone deserves to have one of these one day' even though that's never going to happen," he says.

The Enabling Housing Supply and Other Matters Bill would allow people in the big cities - Auckland, Wellington, Hamilton, Tauranga and Christchurch - to build dwellings up to 11 metres high (or three storeys), without a resource consent, on residential sites.

It also allows things like building much closer to the boundary with smaller setbacks and outlook spaces.

With these changes, the government estimates that more than 100,000 homes could be built in the next five to eight years.

Wilson shares his concerns around the possibility of massive development in remote areas instead of places like transport corridors; and about the prospects of bad design emerging.

He also shares his thoughts on the idea of "urban slums".

"I've used the term slum and I think I was wrong to do that," he says.

"Not because there isn't a risk that places will become slums, I think that may be true but when the argument degrades into, 'oh you're just going to build slums' versus 'oh you're just a nimby', we don't get very far very fast."

The Detail also speaks with Dr Margaret Stanley, an associate professor at the University of Auckland specialising in urban ecology, about urban tree corridors and why they're important.

"We're not the only ones having growing pains but plenty of other cities around the world have recognised the importance of having biodiversity and green corridors in their cities," she says.

She also talks about 3-30-300 rule being adopted elsewhere. It means that everyone should be able to see three trees from their house; every neighbourhood should have a 30 percent tree canopy; and everyone should live less than 300 metres away from a green space.