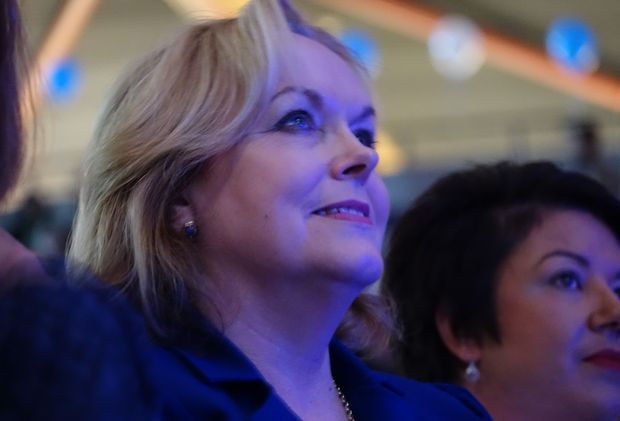 Political journalists have been known to pose the question - if you pitted Paula Bennett against Judith Collins in a cage fight, who would win?

This week the two political brawlers of John Key's Cabinet have gone a round or two; Mrs Bennett locked in a tussle with Labour's Phil Twyford over housing, and Judith Collins weighing into the debate over the high number of road fatalities over Queen's Birthday weekend.

Mr Twyford is a persistent and tireless critic of the government, particularly in his portfolio of housing, where the government has given him no shortage of ammunition. His style is to attack the minister, as well as the policy, which has not endeared him to Mrs Bennett this week.

Mr Twyford's usual target is Building and Housing Minister Nick Smith who is usually able to maintain a Buddha-like calm in the face of Mr Twyford's onslaughts over housing - whether it be over the skyrocketing Auckland residential house market, or a lack of emergency housing.

Mrs Bennett however displays a more fiery disposition, not helped by pressure over what she had communicated to the public, and to the Prime Minister, about the so-called "flying squads", dispatched around Auckland to seek out the homeless and offer support.

From her initial comments it sounded like the teams were made up of officials from the Ministry of Social Development, along with members of organisations like the Salvation Army.

That was reinforced by Mr Key who told reporters government officials and the Salvation Army were involved, but he was quickly corrected by the Sallies who said they would not be going around knocking on peoples' car windows.

Not only that, but it then became apparent that MSD officials were not out in the community at all, but were acting more in support roles and not part of the roving teams.

Embarrassing for Mrs Bennett as she was the source of the misinformation, or the information that would be misinterpreted, including by the Prime Minister, which all just added to the perception the government is not fully in control of either the public messaging, or the actual delivery, of emergency housing.

Not that Mrs Bennett is one to be easily cowed, lashing out at Mr Twyford in Parliament, telling him "you apologise to Chinese and I'll apologise to the Salvation Army".

As she eyes the more senior ranks of the Cabinet table, Mrs Bennett has been making a more of an effort to present a more stateswomanlike image, but the gloves came off this week.

Another who has been on her best behaviour since her reinstatement to Cabinet is Judith Collins, but again there have been flashes of her acerbic and rebellious personality this week, prompted by debate over how to bring the road toll down.

Everyone from the elderly, to teenage boys, to men on cell phones (Ms Collins' contribution) have been blamed for contributing to road crashes.

As the Police Minister, Ms Collins skated very close to overt criticism of the police, saying their "overly strict" policy of ticketing motorists who are a few kilometres over the speed limit was not helpful, and could actually contribute to accidents.

She said people were so worried about getting a ticket they were looking at their speedos, and not concentrating on the road.

Again flashes of the personality that can work very well for her, but that can also make her vulnerable if she goes too far. Generally Police Ministers express unflinching support for the officers on the ground, except when they have acted in a clearly egregious manner, and it was interesting to hear Ms Collins publicly disagree with a police policy that has underpinned much of their work around road safety.

And on an issue that, following 11 deaths at the weekend, has obvious sensitivities.

Judith Collins is not one to shy away from a fight, but this is one scrap where she might end up with a bit of shiner.