The Prime Minister is downplaying any divisions within the National Party caucus over the health and safety law reforms, that have now been delayed for at least two months.

Controversial changes to tougher new legislation, introduced as a result of the Pike River minister disaster, have been temporarily shelved because of resistance from some National MPs.

Under the legislation, company directors and managers could face up to five years in prison and a $3 million fine for recklessly endangering workers.

Senior National MP Judith Collins who resigned from Cabinet last year, told reporters it was important the Bill did not just create more red tape, that will be ignored.

National MP for Whanganui Chester Borrows said his constituents are communicating some concerns about the legislation.

"They're mainly concerned about enforcement.

"And, you know, I go the minister responsible, I tell him case by case and he follows it up and we get clarity around it."

It was understood some National MPs were worried it would not be practical to enforce the new law on the likes of farms, for volunteers and in sectors such as home care.

And that there was a push to exempt businesses with fewer than 20 employees from some of the key provisions, such as having to elect a health and safety representative.

One of the Labour MPs on the committee Ian Lees Galloway said his party was becoming increasingly nervous about the changes being pushed. 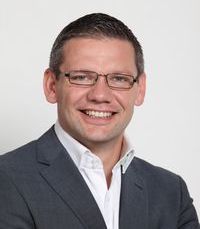 "The National caucus is clearly divided over this. The MPs at select committee and my understanding is the minister as well were very comfortable with the legislation as it was about to be reported back from select committee.

"There has been a last minute action within the National caucus to stop that."

The Green MP on the committee Denise Roche said she was worried some significant provisions would be scrapped.

"Those sorts of incursions into protecting the rights of workers who are isolated is really really concerning, if that's going to happen.

"Basically because it's workers who are isolated like those in agriculture and in forestry, who have the highest fatality rates."

In this exchange with reporters, Judith Collins was asked about her role in pushing for changes in the Bill, from the backbench.

"I have to say I love my colleagues, I get on really well with them and I enjoy my work."

"I don't know what you mean by that."

"Are you enjoying being able to perhaps exert some power from the backbench?"

"I'm always just here to do my job, as MP for Papakura."

But Prime Minister John Key was downplaying any divisions within the caucus.

"There's been discussion about it, as there is in Cabinet because we're very concerned about making sure the legislation can be implemented by the vast array of businesses across New Zealand, not only 95 percent of whom are small but actually there wasn't a robust discussion at all in caucus about it - there was a discussion."

Mr Key said he had a 100 percent confidence in Ms Collins' loyalty, and as a member of the caucus.

"She's had a view, but so have a lot of people and so have a lot in caucus, despite what we might say there isn't great divisions, there are just interest in making sure we get it right and I think we were a little concerned about where it was set initially."

The Transport and Industrial Relations select committee will now report the Bill back to Parliament on the 24 July.