Unions say three quarry workers killed in just over a year, including two in the last month, were let down by the Government bowing to industry pressure. 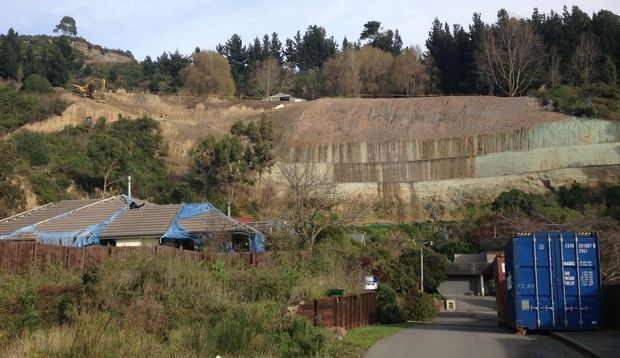 Unions are critical of safety standards in quarries. Photo: RNZ

The general counsel for the Council of Trade Unions, Jeff Sissons, said the death of a 25-year-old man in Tauranga on Thursday, who was crushed by a 45-tonne rock-cutter, and another in Timaru in March, may have been preventable.

"Our hearts go out to the families and co-workers of Scott Baldwin, who was killed on 19 March in Timaru, and the yet-unnamed worker, who died in Tauranga.

"It is tragic that these deaths occurred in quarries. Health and safety laws in mining were strengthened in 2013 responding to the recommendations of the Royal Commission into the Tragedy at Pike River Mine.

"But after lobbying from industry and assurances that quarries were safer than mines, the Government excluded quarries from the protections of the new law," he said.

Mr Sissons said, at the time, the Ministry of Business Innovation and Employment said it intended to "work with the quarry industry to develop a set of quarry-specific guidelines, with a longer term view to developing quarry-specific regulations".

"These guidelines are still in draft form and the regulations nowhere on the horizon," he said.

He said the Government had a chance to fix the situation, by including quarries in the Health and Safety Reform Bill, which was currently before a Parliamentary select committee.

"Specific regulations for quarries should be urgently made. These would be big steps towards stopping further deaths or injuries."

The Engineering, Printing and Manufacturing Union's assistant national secretary, Ged O'Connell, said it was "extremely disappointing" that the industry had spent the last couple of years trying to avoid good health and safety regulations while injuries and deaths continued.

He said the poor safety record in quarries was symptomatic of New Zealand's lax health and safety regulation generally over the last 20 years.

He said for businesses used to operating in the current legislative vacuum, the idea of being subject to regulation was very threatening.

"They [quarry companies] were alarmed at the requirements that were going to be put on them so obviously they had influence with the Government, they got themselves out.

"But I think they need to move quickly and put some proper laws and regulations in place so people stop dying in their industry."

He said there was no regulation on crucial safety matters, such as when observers were needed, and how much room was required for truck drivers to reverse safely.

Mr O'Connell conceded the industry's health and safety working group, Minex, had been doing good work on drafting guidelines and raising awareness, but progress had been too slow.

Executive director of the Aggregate and Quarry Association, Roger Parton, said he agreed with unions that quarries should be included in the new legislation.

But he denied claims the industry had put pressure on the Government to avoid coming under health and safety regulations in the first place.

He said it would have been "problematic" to include quarries in the mining-specific legislation because too many aspects did not apply to them.

Mr Parton said the industry had been working hard on the new guidelines, had assessed the existing legislation to see how quarries could fit into them and given Worksafe a draft of amendments required in view of the new legislation.

"We do have too many accidents, we have to make sure we get it right and we've been working towards that.

"Hopefully when this legislation is amended that will go some way to achieving that, with the guidelines as well."

In the two years to September 2014, there were 242 reported injuries in quarries and 56 in underground mines.

Mr Parton said reporting of incidents and accidents was only done voluntarily, and that needed to change.

He said without good data it was difficult to benchmark how the industry compared with other industries or other countries.

What regulations did exist were poorly understood, particularly by smaller operators, who did not realise they applied to them, he said.

"We need good regulations, guidelines that are easy to understand and enforce, so everyone knows what's expected of them."

Minister for Workplace Relations and Safety, Michael Woodhouse was not available for interview last night.

"These guidelines are currently in draft form and are out for consultation with the industry. They are expected to be published later this year."

Under regulations that came into effect in January, quarry managers must hold certificates of competence.