The Maritime Union is accusing port companies of being more interested in avoiding liability than in fixing the root causes of maimings and deaths. 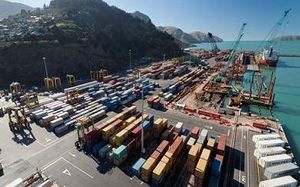 Two incidents at the ports of Timaru and Lyttelton this week have left three workers injured, including one man who suffered serious back injuries.

National secretary of the Maritime Union Joe Fleetwood said it was not uncommon for port workers to do 16, 18 or even 20-hour shifts.

Long, irregular hours, contracting out, casualisation and increasing pressure to work faster were all contributing to what he called a crisis in port safety.

Mr Fleetwood said a national inquiry was needed to identify the problems and lay down strict rules and regulations that could be enforced.

"You've got certain ports that are trying to contract out of their social conscience and responsibility to the employees that work on the waterfront."

Figures from Maritime New Zealand and WorkSafe New Zealand show eight deaths and at least 230 non-fatal incidents on ships and onshore between 2011 and 2014.

Mr Fleetwood claimed many accidents go unreported behind "the cone of silence" within port companies.

But he said the current parliamentary review of health and safety legislation, which was triggered by the Pike River Mine disaster, had exposed wider systemic problems.

"The changes that the Government has made over the last five years have weakened workers ability to speak up when they identify health and safety issues... and actually we've got to a point now where we don't just need health and safety law reform but we need a complete overhaul of our employment relations framework as well."

Its spokesperson, lobbyist and former diplomat Charles Finy said safety was always on the agenda but was getting extra focus at the moment ahead of the new legislation.

"The issue is of the highest priority for the group and work is underway on developing a series of best practice policies and procedures to apply to all ports in New Zealand."

Health and safety lawyer Hazel Armstrong, who was involved in the forest industry inquiry last year, said to dig out the root causes, an inquiry needed to be independent and comprehensive, with buy-in from all the main players, including unions and regulators.

The Health and Safety Reform bill, which will make every workplace responsible for the health and safety of all workers, is expected to come into force in the second half of the year.