Paul Zentveld, who complained to the United Nations about being abused as a teenage patient at Lake Alice psychiatric hospital, says the government is still failing to help victims. 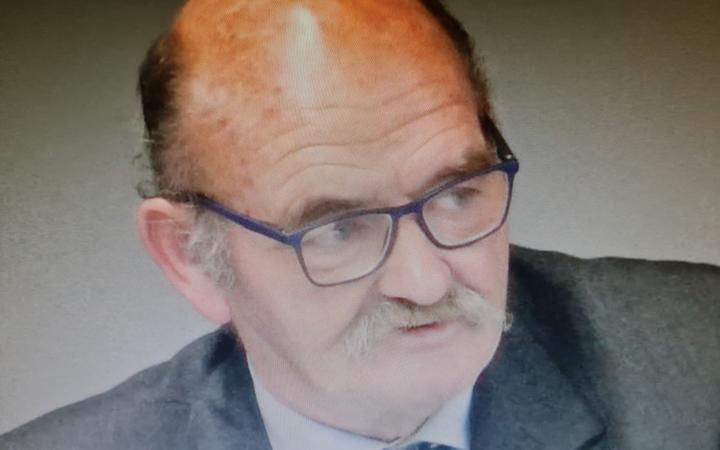 In the 1970s, Zentveld was put in in the hospital's adolescent unit at the age of 13 and spent more than a year there.

In 2019, prompted by Zentveld and others, the UN Committee Against Torture ruled an urgent investigation was needed into allegations of torture and abuse at Lake Alice.

Not long after the UN report came out, the Royal Commission into Abuse in Care announced it would investigate.

Like many survivors of Lake Alice adolescent unit, Zentveld said he was given the drug paraldehyde and electric shock treatment as punishment for minor misdeeds.

The pain from the shocks was unbearable, he said.

''You could see black zigzags go through your head. The same with the second and third rounds. Black zigzags still in your head, excruciating pain. You just want to die. In the third round, your teeth were sore from the pressure of biting down, and the fourth round, bliss because you were unconscious," Zentveld said.

He took his complaint to the UN after all other avenues, including complaints to the New Zealand Medical Council and police, came to nothing.

Zentveld said the UN decision vindicated everything survivors had said about the government not acting responsibly towards them.

''With over 40 years of stonewalling and whitewashing ... the New Zealand government needs to show some heart and tell the truth and do what the UN Committee Against Torture have urged and to uphold the law,'' he said.

Survivors had been forced to battle Crown Law, with its power and resources, for too long, he said.

Zentveld called for the government now to help survivors and not hinder their fight for redress.

''How much blood has to be spilled before real justice can be obtained?

"Certainly 40 years is too long and people have died in the process, some directly relating to the abuse they have received.

"Their blood is on the government's hands. So, do the right thing and tell the truth.''

Crown Law should not protect government interests, but allow survivors, who had little or no resources, to obtain proper redress, he said.

''Make it possible to prosecute those people responsible for the abuse. The first step is not discarding the claims of abuse, but to really investigate them."

''The gutless ambitions of Crown Law, who work for the government with seemingly unlimited resources, should fall into line with what this commission recommends and support the victims of state abuse and not work with conflicts of interest to advantage of the state,'' he said.

Zentveld has asked the Royal Commission to recommend that the government ensure medical records of survivors be altered to reflect when they were incorrectly diagnosed as having a mental illness.

Survivors of Lake Alice intend to hold a healing and blessing ceremony at the site of the now closed hospital, south of Whanganui.

''We are used to doing things on our own and we will continue, because this is all about the trust thing,'' Zentveld said.

He thanked the Royal Commission for believing and caring.

One of the commissioners, Ali'imuamua Sandra Alofivae, told Zentveld she was impressed with his tenacious warrior spirit.

Commissioner Paul Gibson said a lot of people had a lot to thank Zentveld for.