A survivor of abuse while in the adolescent unit at Lake Alice in the 1970s has ended up spending 40 of his 60 years in jail.

He has given evidence at the Royal Commission into Abuse in Care in Auckland. Known only as Mr AA at the hearing, he said he felt shame about having been in prison.

"But the state trained me for it from nine years old."

That is the age he first went into state care at a number of boys' homes.

In those places, he was sexually and physically abused.

He was petrified about being given electroconvulsive therapy (ECT).

"I always thought that one day my number would be up and it would be my turn. I was right."

He was given it three or four times during his stay.

For the first time, he was made to lie on a bed. Four nurses and head psychiatrist Dr Selwyn Leeks were looking on, he said.

''Then the nurses wet my temples and I bit into a rubber mouthpiece so I didn't bite my tongue off.''

He said the nurses held him down and Dr Leeks turned on the machine.

''The pain was slow at the start. ECT was a quick intense pain with everything flashing. I got a very tight cramp and that is why the nurses had to hold me down. I can't really explain the pain, it was how you would expect to feel if you were getting electrocuted on the head,'' he said.

''When I woke up I had pissed myself and lost control of my bowels. I felt like a cabbage or a zombie for three to four days after. I had no idea why I had been shocked on my head."

He said ever since ECT, he had a terrible memory and had to write everything down. After being discharged from Lake Alice, he was sent to school, but that did not last ling and he ended up on the streets.

Borstal followed and then prison.

He said he deeply regretted the way his life had turned out.

''If only someone had listened to me when I was nine, and supported me through the trauma of being sexually abused and living in a violent family, it might have turned out very differently for me.''

Charlie Symes was regarded as a bit of a hero by other boys in the child and adolescent unit at Lake Alice Hospital in 1975 - not because he was any different to them, but because he broke Dr Leeks' nose.

Symes, who spent two periods of time at Lake Alice - about six weeks at age 15 and almost a year at age 16 - has given evidence to the Royal Commission into Abuse in Care. 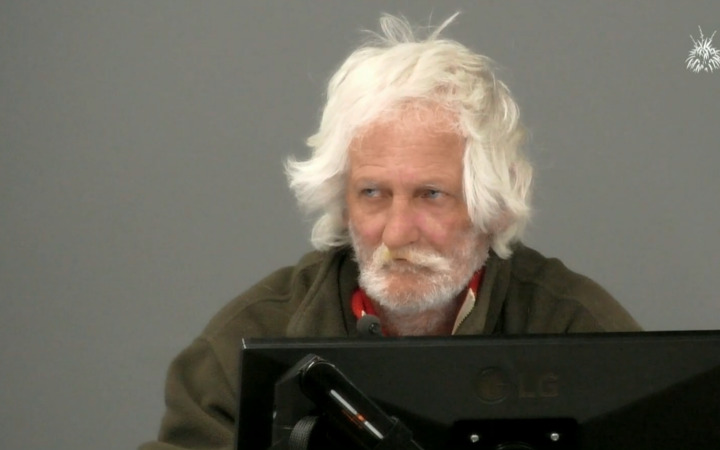 Photo: Screenshot / Royal Commission of Inquiry into Abuse in Care

He had been in state care from an early age and had spent time in various boys' homes before ending up in Lake Alice.

He was diagnosed with "hysterical character disorder" and was sent to the psychiatric hospital by Social Welfare, and not his parents.

''I was not put into Lake Alice for any mental issues and still think I should not have been sent there.''

His first encounter with ECT came after only a few days of going in to the unit.

''I would hear the ECT machine warming up, it would make this humming sound that I can still remember today. Once the humming stopped, it meant the machine was ready and the pain started.''

He received electric shocks to his head, neck, chest, and on the soles of his feet.

''Anywhere Leeks wanted to put the shock pads really. It was always in the most sensitive places. I received most of the shock treatments without anaesthetic. We all did.''

Symes said the usual treatments would last between five and 10 minutes, but if Dr Leeks wanted to be really mean it would last longer.

''The longest I had was for about 45 minutes. I remember Leeks' face when he turned the knob. He smiled every time and his smile would get broader and broader the more pain he caused.''

He said he also had electric shocks on his genitals.

''I still have the burn marks from it. I believe this is the reason I have never been able to have children. I had two wives and neither of them could have children," he said.

''I was told I received ECT because of my violent outbursts, but every time I got ECT it just made my anger worse. I got more and more violent. I hated it."

One day, he was grabbed from behind in the dayroom to be taken for ECT. Little did he know it was Dr Leeks himself.

''I started fighting furiously not realising it was Dr Leeks. I broke his nose in three places.''

He said he got a hammering from ECT after that.

''I got ECT six days in a row and each time it was harder and harder.''

He was put in security for three weeks.

''When I got back to the ward, the other kids swamped me wanting to know what had happened. I was a bit of a hero for having broken Dr Leeks' nose.''

After receiving shock treatment, he started having heart and breathing problems and was taken to hospital.

In 1996, he had to have a heart valve replacement.

''The surgeon told me that I should never have had ECT because I had a hole in my heart. He said I was lucky to be alive having been given ECT at that age.''

The inquiry was told Symes' medical file had noted his heart condition prior to entering Lake Alice.

He has told the Royal Commission he wanted to see Dr Leeks charged.

''If they brought him back [from Australia] I'd be the first in the courthouse. Something needs to happen to him. It's just not right.''

He said he was glad Lake Alice was closed down.

''I wish they would get rid of the buildings, get rid of Lake Alice itself. They need a bulldozer put through them. I offered to do that for them.''