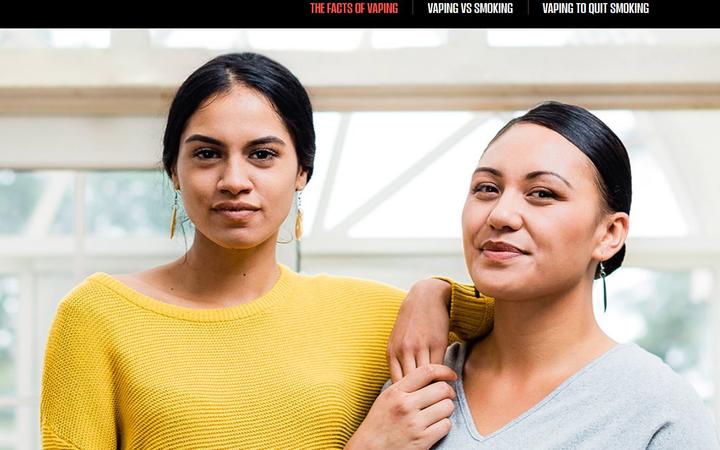 A screenshot from a new website that encourages the use of vaping to quit smoking. Photo: Supplied / Ministry of Health

Ms Salesa told Morning Report she was part of a commitment to bring about the first ever government action plan to achieve a smokefree New Zealand by 2025.

As part of the plan, the government has launched a new website urging smokers to stub out their cigarettes for good and take up vaping instead.

Developed by the Ministry of Health the new website - www.vapingfacts.health.nz - says that electronic smoking devices are a healthier alternative to smoking, and are a viable way of helping a person quit smoking entirely. 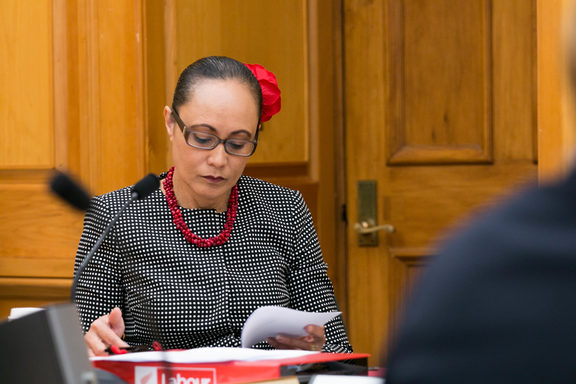 Ms Salesa said the ministry's evaluation of vaping has shown that it is a better option than patches and the nicotine gun and has an over 90 percent success rate at helping people quit smoking.

She was convinced vaping could be invaluable in moves to help young Māori women to quit smoking. She said Ministry of Health initiatives implemented and evaluated last year, were proving the worth of vaping, especially for Māori women.

"What we also know is that when Māori women co-design these initiatives it is actually much more successful in assisting them to stop smoking.

"We know that the highest rates of smokers are Māori young women and one of the things we're doing as a government is we're going to be ensuring we have more of those programmes that are successful at getting our young Māori women to quit smoking to be implemented by Māori for Māori as well as being designed by Māori women."

Around 5000 people die each year in New Zealand from smoking-related illnesses and vaping is much less harmful than tobacco, Ms Salesa said.

"The difference between smoking and vaping is that smoking delivers nicotine by burning tobacco and this is actually the process of combustion and smoke whereby tars and toxins [are inhaled]; that's the most harmful when you're breathing in that tobacco smoke whereas vaping delivers nicotine by heating an e-liquid and it's a much less harmful way. ...we also knows it's cheaper when compared to smoking."

She said smoking rates are falling among young New Zealanders. "...the rate of our young people who are taking up smoking has really reduced. In fact in 2002 year 10 young people who were smoking was at a rate of about 12.4 percent, but the latest information we have, 2018, it has actually decreased to ... only 1.9 percent."

Asked if vaping might become trendy as is happening in the United States, she pointed to other surveys such as one done by ASH, which showed the vaping rate for year 10s was 1 percent.

"One of the reasons why I'm bringing through legislation over the next three to four months to regulate vaping is actually to ensure we address those issues."