The Transport Agency (NZTA) has reopened an investigation into how a senior manager awarded a contract to a company run by a close friend. 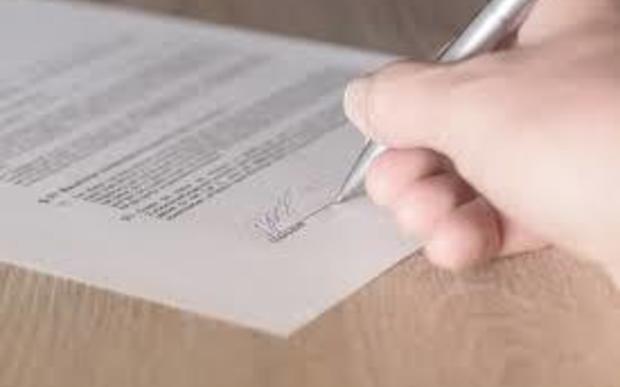 It has also revealed that the manager, Martin McMullan, was accused of blocking competition for a technology contract.

An inquiry found that contract was unfairly awarded.

"There was no procurement plan and the strategy or approach ... was not documented prior to a selection process being undertaken by an external working group ... as the selection method was direct appointment, the Group Manager should have approved the procurement plan."

Shortly afterwards Mr McMullan was promoted to one of agency's topmost jobs; 12 senior managers at NZTA were each paid more than $175,000 last year.

He resigned from the agency in March and is now an independent consultant.

Also in March, an audit by Deloitte was begun into financial, governance and other concerns at the team Mr McMullan led - a high-tech unit called Connected Journeys. RNZ revealed this in May.

Deloitte passed its findings to the agency last week. They have yet to be made public.

RNZ has been seeking more information from the agency about contracts Mr McMullan had involvement in.

The agency said in a statement released at 6pm last Friday it was reopening an investigation - first done in 2018 internally and that largely cleared Mr McMullan - into two contracts awarded to the company run by his close friend, Martin Riding.

However, the agency has not said if it would also re-investigate the case of a contract that an inquiry found was unfairly awarded.

In that case, the agency said a supplier in 2015 complained that Mr McMullan had dismissed their approach to discuss providing an online construction safety product (Mr McMullan joined NZTA in early 2014, where he first headed a unit called Zero Harm, promoting safety in the construction industry).

An inquiry found that "a fair and transparent process was not used to give all suppliers a contestable process to compete".

This broke the agency's procurement rules, though the inquiry said one senior staff member had an opinion that the rules were not clear and another that the process for awarding the business was not unreasonable.

"No formal action" was taken regarding Mr McMullan, it said.

RNZ has interviewed Mr McMullan twice previously, though he has not responded to our approaches about this new investigation.

He has said previously he has not done anything wrong and that he had been subject to repeated allegations over three years within the agency, due to his management style.

The agency has also released under the OIA the report of the 2018 investigation, sparked by a protected disclosure to its risk unit - the inquiry that it has now relaunched.

It and other documents show Mr McMullan in late 2014 awarded a $60,000 contract to develop a safety app called Zero Harm for NZTA.

This went to a small Auckland company called Lean Machine.

Mr McMullan had himself registered Lean Machine early that same year, shortly after he had joined NZTA.

He was also the major shareholder in Lean Machine up until about six weeks before he awarded the contract to it.

By then it was being led by Martin Riding - both men say they have been friends since childhood in the UK. Mr Riding has said Mr McMullan had helped him out at a time when he could not become a director due to his visa status.

Another of Mr Riding's companies got a $190,000 NZTA contract in 2016 to carry on developing Zero Harm. It was the preferred supplier because of the earlier work. Mr McMullan was involved in this but not to the same extent, the inquiry said.

The 2018 inquiry said both contracts were run with a competitive process; and this despite being under the threshold set by the government that mandates such a process.

He broke NZTA rules for two years, and he had recognised but had not formally declared a conflict of interest as he should have, it said.

But this may not have been deliberate, it added.

Also, there was no evidence he benefited improperly, the inquiry found.

In a statement late on Friday, the acting agency's chief executive Mark Ratcliffe said he took these issues "extremely seriously".

The agency had begun spot checks of the companies register against senior staff's names.

He also noted how the individuals "primarily responsible for managing the issues" examined by the 2018 investigation - Mr McMullan, his manager, and the chief executive at the time - had all left the agency.

The chief executive from March 2016 till early this year, Fergus Gammie, resigned amid the warrant of fitness scandal.

Mr McMulland and Mr Riding spoke to RNZ in mid-May at their home near Riverhead west of Auckland.

They have lived there, at the same address, in a $1.8 million farmhouse since at least 2014. They told RNZ they rent separate parts of it, and property records show a lawyer owns it.

In the 2018 investigation, a section about the nature of the two men's relationship has been redacted. RNZ is appealing to get that information released.

Mr Riding said neither of them had done anything wrong, that his business was not highly profitable and that his main motivation was to improve safety in the building industry.