A new website that provides information and advice on vaping in New Zealand has been launched this morning. 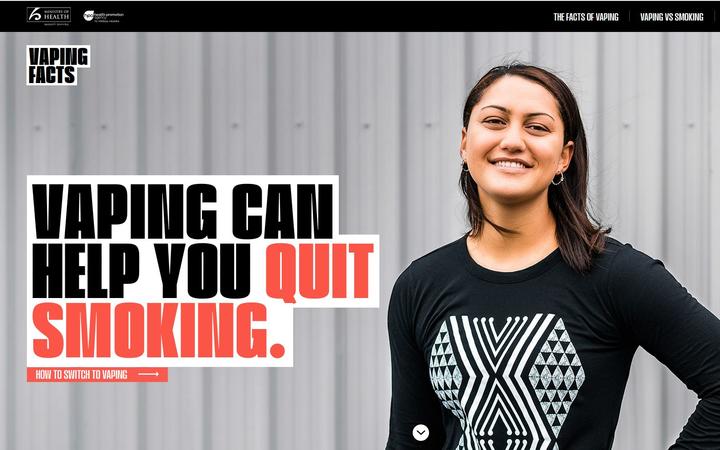 The site - www.vapingfacts.health.nz - was developed by the Ministry of Health and the Health Promotion Agency with input from an expert advisory group.

Ms Salesa said there are many benefits of smokers switching to vaping, including reducing the risks to their health and the health of their children.

Some people are concerned vaping may lead to young people smoking, but that is not the case, Ms Salesa said. "Smoking among young people is continuing to decline and most young people who vape are smokers or ex-smokers."

An anti-smoking group said the government's promotion of vaping as a way to stop smoking is a good thing, but it needs to be marketed towards the right people.

Boyd Broughton from Action on Smoking and Health said the website, and other vaping promotion, needs to be targeted towards smokers to support them to stop, not as a new replacement for smoking.

"There needs to be some really careful thought and consideration given to how they allow it to be marketed and where and when those advertisements are placed, whether it's on-air, in the shops, in the stores, or online etc."

Later this year the government is expected to roll out a targeted campaign to promote vaping as a way to stop smoking. "Māori women are the focus of this campaign due to their high smoking rate: 32.5 percent compared with the country's total rate of 13.8 percent," Ms Salesa said.