A representative of the country's digital sector says the big technology companies should be taxed immediately.

The government has released details of how it intends to tax large online multinational companies like Facebook, Google, Uber and Airbnb.

Options to be considered include a flat digital service tax at a rate of between 2 and 3 percent on gross turnover from certain platforms.

It is likely the tax would need to apply to some New Zealand companies too, in order to comply with international obligations.

The OECD is already considering two solutions, which will also be part of the government's consultation plan.

The government says a flat tax would be an interim measure, and it would look to repeal it, if and when the OECD's international solution was introduced. 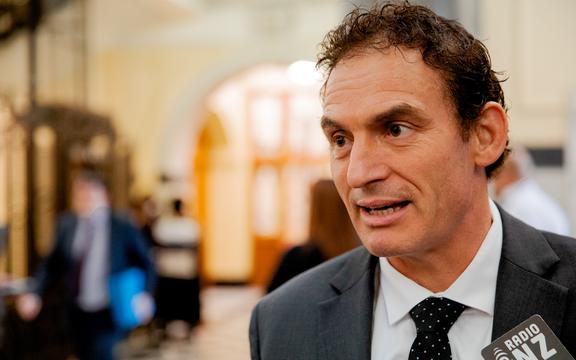 "Our preferred option is a multilateral with the OECD ... we're hanging out for that. But if that doesn't happen, we will implement one ourselves, or look to anyway," he said.

He said while no decision had been made, New Zealand was a profitable market for a lot of the multinational companies.

"They make a substantial amount of money, they don't pay their fair share of tax. And we think we need to correct that," he said.

"For me, it's not so much the revenue it raises, it's about the integrity of the tax system."

"We have been permitted something called base erosion and profit shifting and that is a tax on multinationals that have a presence in New Zealand - it's called a permanent establishment.

"What this is doing is just completing the picture and taxing those who don't have a permanent establishment.

"All we want is multinationals to pay their fair share."

NZRise, which represents New Zealand's digital sector, is backing the government's move not to hold out for the OECD to introduce its measures.

It's co-chair and one of the founders and managing director of IT company Catalyst Don Christie said these companies should be taxed immediately.

"The fact that they're not taxed leaves New Zealand companies at a big disadvantage and it means that our economy is effectively being mined in a very non-productive way."

He said the platforms provided by the likes of Uber, AirBnB and Facebook are extractive business models, delivering services in the country but taking out all the value without leaving anything behind.

"The fact that they're not taxed makes them much more competitive than we can be, so one they're extracting value and two there's nothing being returned to the economy."

Mr Christie believes it would be hugely unlikely that these platforms would stop operating in New Zealand, saying the big tech companies cope with all sorts of regulation introduced around the world.

"New Zealanders would not be deprived of these services, what we would be getting is money due to us by the fact that these are services being provided to New Zealanders and paid for by New Zealand money."

Mr Christie said the lack of a tax skewed the playing field against local tech developers and acted as a disincentive for development.

"If we are not going to be allowed to compete on a fair playing field why would we invest in R and D... why would we just not put our money in property and something really unproductive?"

He said New Zealand could be waiting for a long time if it holds out until the OECD introduces something and that it would also be harder to control the sort of lobbying that multinationals do at the global level.

Tax partner at PwC Geof Nightingale said the world trade environment was currently uncertain and the revenue that might be raised from this tax would be "relatively modest compared to our total tax base".

He said China, US and Australia were either opposed to or decided not to implement such a tax.

"This is a shift from taxing profits to taxing gross revenues ... and if that shift was applied to our export sector or our service export sector backwards towards us, that could cost us more than we might gain from taxing the digital services providers operating in New Zealand.

"We shouldn't rush, we should stick with an OECD consensus approach, as a small trade exposed nation, that's the safest route."

He said it wasn't likely the big companies would pull out of trading here even with a 3 percent digital service tax.