The government needs to start paying a salary to caregivers at state-owned family homes if it wants to help young people in need, advocates say. 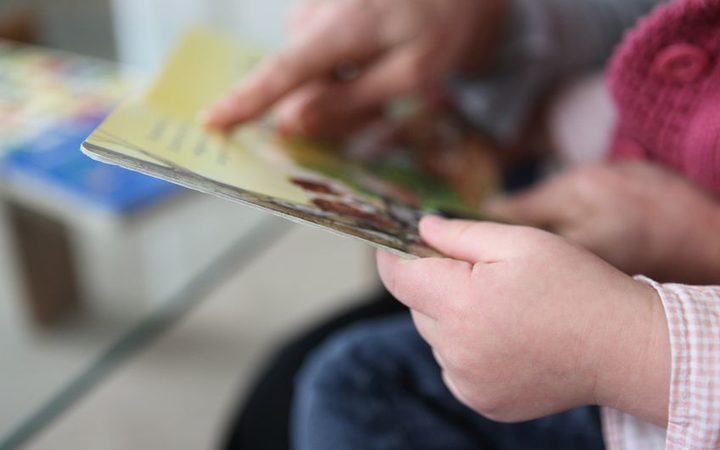 Figures from the Ministry of Social Development show in January this year 13 of its 59 houses were not operating, meaning almost 80 bedrooms were unavailable.

The family homes aim to operate as normal households for up to six children or teenagers whose own parents can't look after them.

They are run by two live-in caregivers - usually a couple - who get free rent and electricity, a vehicle and a small allowance, but no salary.

The ministry said the houses were empty for various reasons, including the need for maintenance and a lack of people to run them.

Lucy Sanford-Reed, who ran a family home in the 1980s, said the lack of a salary was a big problem - and it has been for about 30 years.

"There was a group of us... and we kept saying 'we need to pay these people'.

"The concept of family homes is quite good, but we need skilled people who are there professionally and who have the right qualifications and capacity to work with these people."

Earlier this year, RNZ reported on the number of youths being held in police cells because there was nowhere else to put them - with Principal Youth Court Judge John Walker at the time describing the figures as unacceptable.

Children's Commissioner Andrew Becroft said these vacant homes could go a long way to sorting that out.

"We can't put up with that any longer... the time has come to put a stake in the ground and say, this is not going to continue. And if we've got homes in the community, even more so."

But Judge Becroft said in order to fulfil their potential, the ministry would have to re-open the homes and staff them properly with professionals.

"The reality is the children we're talking about come from... disadvantaged and damaged backgrounds. It's not a job for the faint-hearted, it's not a job for the well-meaning amateur. It needs adults who have, yes, an altruistic commitment, but they need to be trained and supported and properly paid. And I think that's well known now."

Ms Sanford-Reed said in her experience, the argument against paying caregivers was that family homes were meant to be real - and real parents did not get paid just to be parents.

But to her, that argument did not stack up.

"It was around 'these kids need a normal family home'.

"Well, living in a big house with a foster parent couple and perhaps their children, and six other kids completely unrelated to you is not normal."

Ms Sanford-Reed said looking after troubled and neglected youths was tough - and the people who did it must be respected.

The Ministry for Vulnerable Children - Oranga Tamariki was set up to replace Child Youth and Family in March.

RNZ has submitted questions about the issue of family-run homes and was told there would not enough time for Oranga Tamariki to respond by Monday morning. 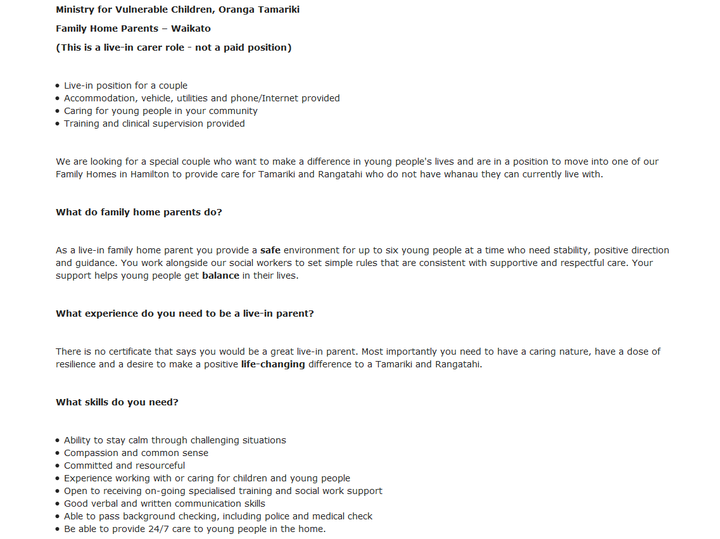 A job advertisement from the Ministry of Social Development website for a live-in carer role. Photo: Screenshot