It is concerning that extremely vulnerable young people are being housed in motels instead of specialised care facilities, the Children's Commissioner says. 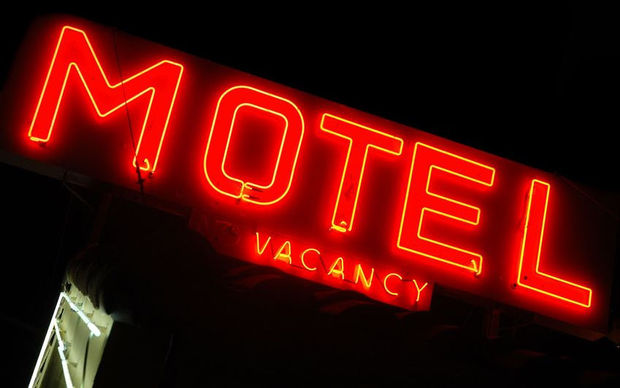 In the most recently publicised case, the Ministry for Vulnerable Children / Oranga Tamariki placed a 16-year-old boy with challenging behavioural issues in a motel.

The ministry said using accommodation such as motels was a last resort, but those working at the coal face said the lack of proper facilities was a major issue.

Children's Commissioner Judge Andrew Becroft said about 100 young people - mostly boys - had the most challenging, complex and at times dangerous behaviour, but there was no expert care available for them.

He saw one or two cases a week where vulnerable children were being placed in inappropriate care, he said.

"There are significant concerns, they are long-standing, it's not a new issue. As at now, we know of three or four serious individual issues where the appropriate care is a real issue - it's not able to be provided."

Judge Becroft said recent highly-publicised cases included an intellectually disabled teenager in Christchurch, who was heavily sedated in a mental health unit because there was nowhere else for him to go.

He said today's case, where a 16-year-old Dunedin boy with very challenging behaviour was placed in a motel, presented a real challenge. He said the case was a litmus test for the newly established Ministry for Vulnerable Children.

He spoke to ministry officials today and they had assured him the problem would be addressed.

"These are the sorts of challenges that new Oranga Tamariki will probably stand or fall on. If it's going to be done differently, if we're entering a new era, if there's a sea-change in our approach - this is the time to demonstrate it."

Family lawyer Dr Allan Cooke had extensive experience working with the former Child Youth and Family. As a lawyer, he represented children and foster parents.

He said it was often hard to get the most vulnerable children into care, even when they urgently needed it.

"Seems to me, there's almost a pecking order, in order to show that the child you may be the lawyer for is so bad they may need to jump the queue to get into, get a bed in, one of these institutions."

Dr Cooke said the demand for specialised care was greater than the available places.

He agreed with Judge Becroft that the core issue was resourcing.

"Social workers, in my experience, do their best. They're over-worked, they've got caseloads that are far too big generally, they struggle with limited resources at times. That includes finance, it includes access to necessary beds in a residence or a caregiver's."

And like Judge Becroft, Dr Cooke hoped that the newly reshuffled ministry would be better equipped to make a difference.

"One has to question whether or not the changes that are currently being made to the new ministry are going to be so profoundly different in the absence of resourcing that it is going to make a change."

No one was available to be interviewed at the Ministry of Vulnerable Children today.

But in a statement, deputy chief executive Allan Boreham said accommodation such as motels was only ever used as a placement option for children or young people in exceptional circumstances.

He said in the case of the 16-year-old Dunedin boy, the accommodation was a last resort and an interim arrangement while a longer term placement was found.