The government has agreed to trial a programme that will see community groups sponsor additional refugees. 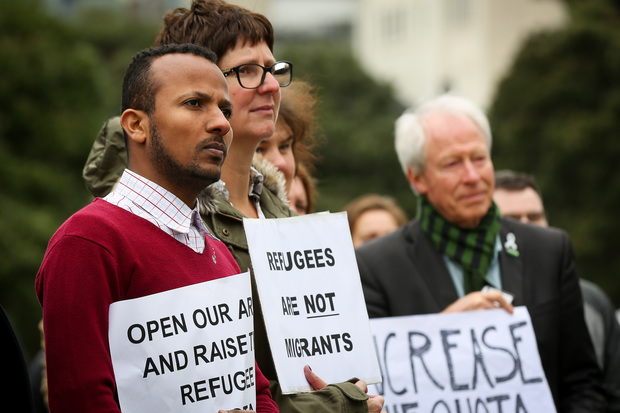 Yesterday, the government announced it would increase New Zealand's refugee quota from 750 to 1000 places from 2018.

But it will also launch a community sponsorship pilot programme next year that will see extra refugees, over and above the quota, come to New Zealand.

Organisations such as Amnesty International and the Refugee Council had urged the government to introduce a community sponsorship programme for the resettlement of extra refugees.

Mr Woodhouse said the publicity surrounding the global refugee crisis has sparked an outpouring of support in New Zealand for refugees and the government wants to see if that support can be used to benefit the refugees.

"It'll be a modest programme involving around 25 places but it will enable Immigration New Zealand and the government to check whether we can indeed support refugees with specific attributes, apart from just being the most in need."

Mr Woodhouse said this had been done in the past.

In the 1970s Vietnamese and Cambodian refugees who had certain job skills and who could speak English came to New Zealand.

"And of course they were sponsored by churches, Rotary clubs, Lions clubs around the country. I think they settled very well," Mr Woodhouse said.

"In addition to our quota obligations, I think it's worth testing whether that community support we saw last year is enduring and that's what this pilot will look at."

Mr Woodhouse said the government is looking closely at Canada's model, which sees private individuals and community groups sponsor refugees and cover their costs for their first 12 months in the country.

"It's a good additional tool to have in the tool kit, if you like, as Kiwis think about how they can help with a crisis that is happening around the other side of the globe...it's just another thing that we can do as Kiwis to help people who are facing terrible and desperate times," he said.

He said the Red Cross would happily work with community organisations and share its expertise.

Father Gerard Aynsley, who works with refugees in Dunedin said the pilot programme would be a positive step, but he wanted to see more details.

"My understanding of the Canadian system is that groups and organisations sponsor families and they are responsible entirely for their integration and their coming into the country, so it requires a large amount of money.

"You would still want some government support and I would hope that was part of the pilot."

The government will announce the full details of the community sponsorship pilot programme next year.