Alex Renton, a Nelson 19-year-old locked in an induced coma, has this afternoon been given his first dose of medicinal marijuana, which his family had to pressure the Government to allow into the country. 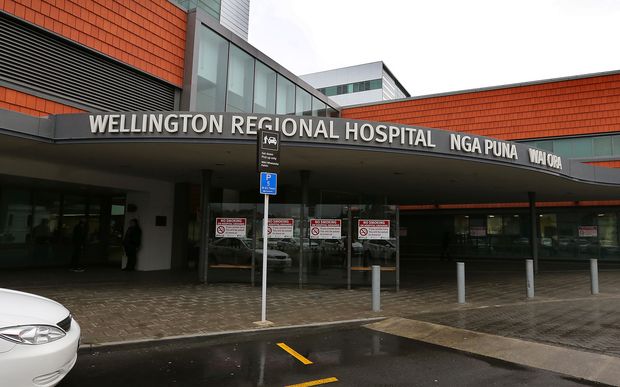 The cannabidiol (CBD) product Elixinol was supplied by a Colorado company, and Associate Health Minister Peter Dunne approved it as a one-off treatment only a week ago. 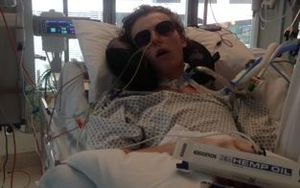 Speaking from her son's bedside in Wellington Hospital, Rose Renton said it was not yet known how he would respond.

She has been tracking the oil's journey and said it left Honolulu on Friday, arrived in Auckland yesterday and today was in the pharmacy in Wellington.

"It has Alex's prescription name on it, which I took a photo of because that was really exciting."

She said the cannabinoid oil was combined with a carrier oil and administered through a gastric tube directly into his stomach at 1pm today.

Ms Renton said the first signs the treatment was working would be "a calmer Alex", being able to reduce his sedation and there being no seizure pattern on the electroencephalogram (EEG).

"They'll do another EEG for an hour or so tomorrow and then again on Friday. I think tomorrow is probably a little bit soon, but anywhere between two and 10 days is what I've been reported most likely."

Mr Dunne approved the one-off use of Elixinol on compassionate grounds on 9 June.

He said, despite the absence of clinical evidence supporting the efficacy of CBD in patients with Mr Renton's condition, he approved its one-off use because of the "dire circumstances and extreme severity" of the case.

"It is unknown for sure what is causing his seizures but it is thought to be due to his body's immune system turning against itself, which is known as an auto-immune disorder."