Wellington Hospital is asking to be allowed to give medicinal marijuana to a 19-year-old Nelson man, who has been in an induced coma for weeks. 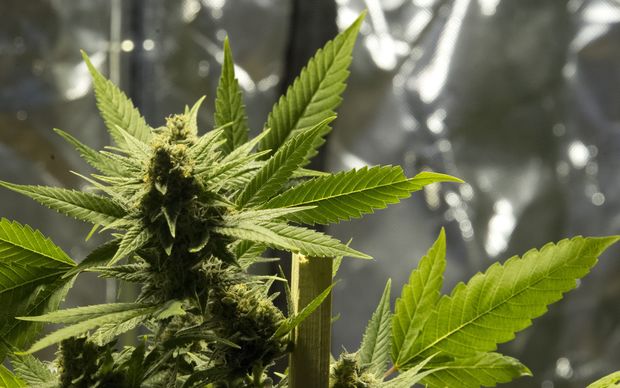 It finalised the application to the Ministry of Health today, although it also needs approval from the Associate Minister of Health.

"It is unknown for sure what is causing his seizures but it is thought to be due to his body's immune system turning against itself, which is known as an auto-immune disorder."

Dr Pidgeon said the hospital had exhausted all standard treatment options and was now applying for approval to use a non-standard medicinal cannabinoid treatment.

"There is some evidence that this therapy may have a role in some forms of epilepsy, but not the type Alex has," he said.

"It has never been used for status epilepticus in New Zealand, or, to our knowledge, anywhere else."

Mr Renton's mother, Rose, who has been pushing for the treatment, said the DHB was still playing games on top of two weeks of delays in getting the application together.

"What I can't believe is, they can put 43 drugs into my son's body without permission yet I have to seek permission from a minister to use a natural treatment that has proven anti-epileptic and anti-seizure results."

She said she expected the hospital's application letter to be questionable and weak.

Dr Pidgeon said Mr Renton's condition remained extremely serious and that staff were making every effort to take his family's wishes into account.

"Alex's family has been a major support for him, and we cannot imagine how hard it must be for them during this extremely uncertain and difficult time."

He said the DHB was unable to comment further while the hospital's application letter was being considered.