Cannabis oil treatment for a 19-year-old man who is in an induced coma may arrive from the United States as early as Friday. 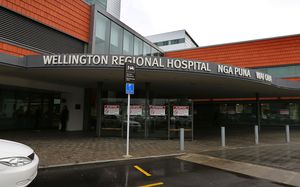 Alex Renton, from Nelson, is in Wellington Hospital suffering from refractory status epilepticus, which causes him to suffer from repeated seizures.

It is not known what is causing them but it is believed his body's immune system is turning against itself.

Capital and Coast District Health Board had applied to the Ministry of Health and Mr Dunne to use the US product which had been shown to relieve some forms of epilepsy.

Alex's mother Rose Renton told Morning Report it had been a battle to get this recognised treatment approved but finally the doctors have accepted it might be her son's only hope.

"You can't keep ignoring the fact that the cannabis oil makes a difference in epilepsy and seizure control," she said.