Organic farmer Maanu Paul spins a few yarns about growing up with his grandmothers, his interpretation of the maramataka (Māori lunar calendar) and how he snuffed out a root fungal disease at his organic kiwifruit orchard with the help of Captain Kuka, his pig. 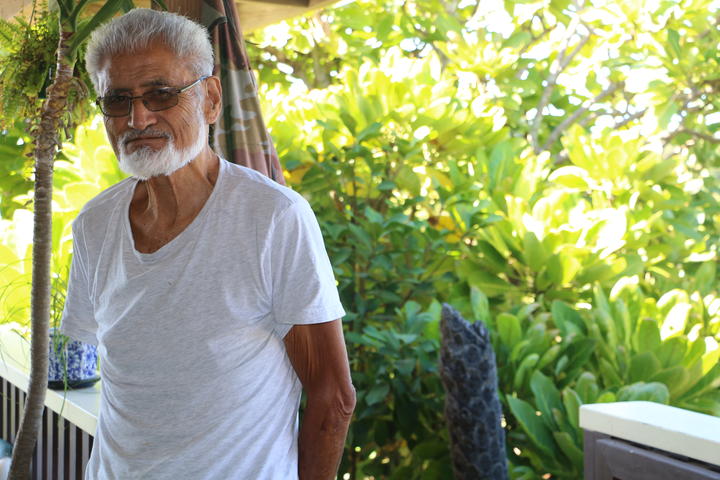 Maanu Paul at his home in Ohope. Photo: RNZ/Justine Murray

Maanu Paul grows ‘Hua Māori’ at his home in Ohope. It’s the term he gives to food grown in its natural state, untouched by chemicals or fertilisers.

The practice of ‘whakatō kai’ (growing food) is underpinned by the philosophy of the environment, soil health and incantations or karakia, Maanu says.

“It was the practice of seeking the blessings for the whenua (land), for the kai that you were planting…it became second nature so it wasn’t a matter of studying it, it became a part of you… there was a methodology that started off with the prayers… it was recognition that there was a higher power than yourself to awhi (embrace) you, to manaaki (nurture) you”

At the age of seven, Maanu and his siblings were sent to live with other members of his whanau following the death of his mother.

He says he was lucky to have been raised with both of his grandmothers, first with his paternal grandmother in Waiohau.

Once Maanu began intermediate school he was sent to live with his maternal grandmother in Poroporo who encouraged him to learn the differences between the inland and coastal maramataka (Māori lunar calendar).

“When I went to my relations down Omaio - Te Whanau a Apanui… they used to take me fishing and they used to say that each bay had a different maramataka…it was quite different.”

Maanu also recalls his father showing him signs of mahinga kai. He would select a gully, and point out that if the Rurauhe fern was the same height as his horse it was a sign of good soil health, and when melons, kumara and potatoes grew, the pungarehu fern would grow at the same time, sheltering the food from the hot sun and pesky birds.

This would now be known as companion planting. 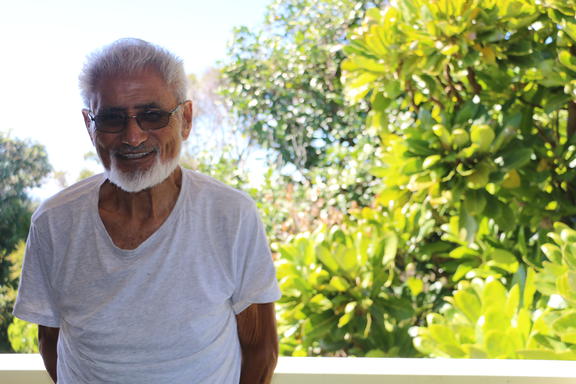 Maanu Paul at his home in Ohope. Photo: RNZ/Justine Murray

He spent three years cleaning the land to get it up to organic growing standards. He also came up with a few ways to keep the pests at bay, to get rid of the willow bug, he removed their ‘home’ and paid $30,000 to remove all the willow trees.

“I thought this cobweb came off the willows, the shelterbelts…so I spent $30,000 getting all the machines in to crunch up all the willows - no more bug.”

Another root fungal disease - armillaria - also posed a risk, but Maanu was inspired by an episode of TVNZ's Country Calendar which featured a Frenchman using a pig to sniff out truffles.

“I thought truffle is a bacteria, it grows on the roots of the tree. This armillaria is a bacteria, so I got a kunekune boar and I put it across a Captain Kuka sow… they all got good noses”

It turns out that Maanu’s pigs were rooting around in a straight line where a hedge used to be and the armillaria was still in the roots. Eventually, his pigs put an end to the root fungus problem.

In his work as an organic farmer, Maanu recalls his methods were probably thought of as ‘unconventional’ in the past.

Today he remains passionate about growing kai at his home, and has written about it in various publications, including the book ‘Te Mahi Oneone Hua Parakore – A Māori Soil Sovereignty and Wellbeing Handbook, edited by Jessica Hutchings.

Despite being diagnosed with cancer in 2013, Maanu continues to be a keen gardener.

His home is surrounded by native trees and plants with a garden at the front entry of his home at Ohope. At the property he grows bananas, avocados, figs, apples, oranges grapefruit, limes, tangelos, persimmons and lots of root vegetables.

Maanu laughs at the mention of passionfruit, according to him, it is a natural aphrodisiac. 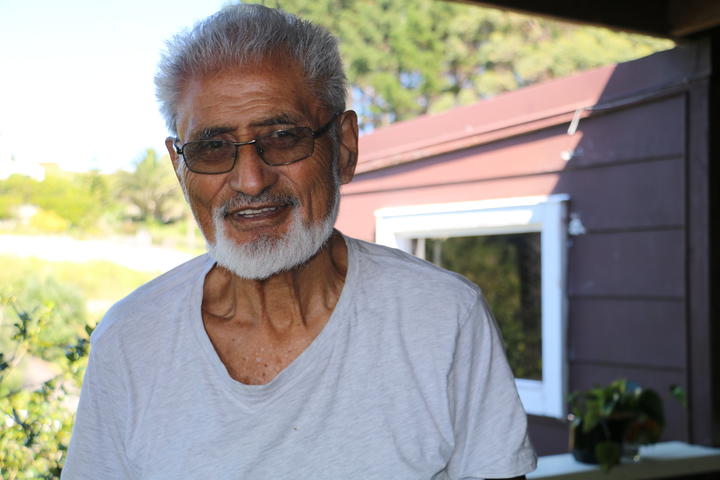 In 2019 Maanu Paul was made a member of the New Zealand Order of Merit for his services to Māori.