There is no stopping you

In 1954, David Goldsmith won the juniors national title at the Aotearoa Māori Tennis Association Championships, in Gisborne. Today, he plays in the over 70’s veterans and credits the sport for keeping up his fitness. He shares with Justine Murray how the game has changed over the past five decades.  Sharing similar stories about their love of the game that was very much a part of whanau life includes Lorena Davis-Kaye no Te Arawa; Julian Williams nō Ngati Pukenga, Ngati Maru; and President of the Aotearoa Māori Tennis Association Dick Garratt, no Ngai Tuhoe.

A few of the tāonga up for grabs at the annual Aotearoa Māori Tennis Association Championships.

Ngāti Kahungunu iwi have a busy Waitangi day planned with their Big 9 event. Hawkes Bay Sports Park is the one-stop venue for the Werohia Duathlon, a number of sports competitions, the kai in the bay festival and the Takitimu regional Kapahaka competition, events co-ordintor Te Rangi Huata explains how the event is a bit of a tester for the impending Te Matatini National Kapahaka event hosted by the iwi in 2017. 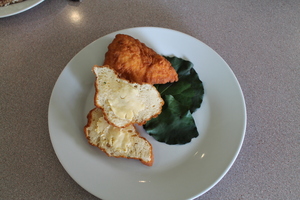 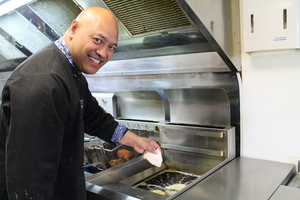