This Saturday Morning: Kim begins the morning marking the 25th anniversary of the beginning of Rwandan Genocide with Colin Keating, the New Zealander who tried to draw the eyes of the world to the atrocity; Margaret Long talks about how the year unfolds in her famous Frensham Gardens in Christchurch; US songstress Norah Jones returns with a new album and tour; popular author Sarah Perry, the woman behind The Essex Serpent and Melmoth, previews her trip to this year's Auckland Writers Festival;  Pātaka director Reuben Friend and Ioana Gordon-Smith from Te Uru Waitakere gallery explain the significance of Maori filmmakers to a new exhibition, From the Shore; linguist Dr Natalie Schilling explains her role in identifying criminals through their speech; author and poet Luke Wright - another AWF guest - performs one of his works, and finally, Kate Camp with one of her Klassics - this time, 1969's dystopian novel Slaughterhouse-Five by Kurt Vonnegut. 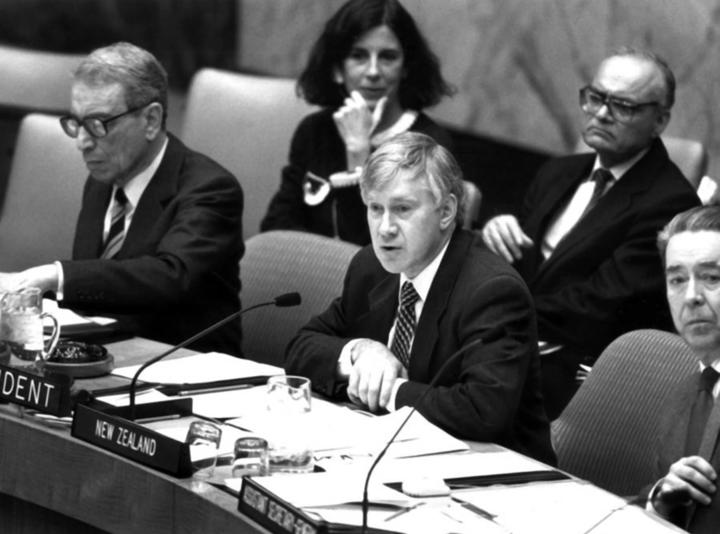 Colin Keating at the UN in 1994 Photo: Supplied / MFAT

This Sunday, April 7th, marks the 25th anniversary of the beginning of the Rwandan genocide, which saw an estimated one million Tutsi people slaughtered - approximately 70 per cent of its population. New Zealand was on the UN Security Council at the time, and its ambassador Colin Keating played an important role in trying to bring global attention to the genocide and ensure that the UN stayed engaged, at a time when a number of countries (particularly the US) were looking to have UN peacekeepers disengage from Africa. While Keating was thwarted by the permanent members of the Council, he was eventually awarded Rwanda's Campaign against Genocide medal for his efforts to condemn the genocide and facilitate peace. He now lives in Wellington. 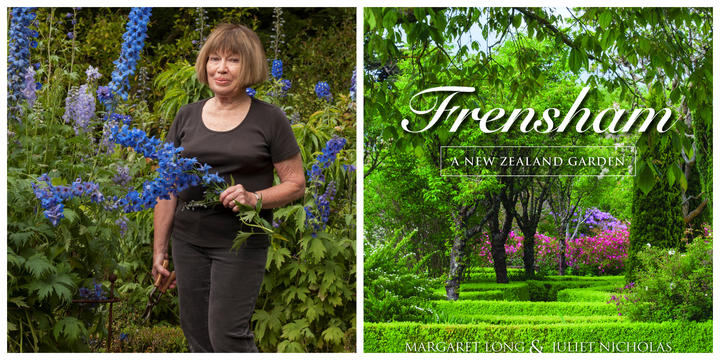 Margaret Long developed a life-changing passion for gardening 30 years ago after a garden tour of the UK, followed by numerous local visits and the development of her own garden in Canterbury, known as Frensham Gardens. She has since gone back to the UK, running guided tours to its best gardens, has published The Gardener's Journal, and edits the newsletter of the New Zealand branch of the International Dendrology Society. Her monthly newsletter, Writings from Frensham, is read by enthusiasts all over the world, and she's just released a coffee table book that chronicles the year in her backyard, called  Frensham: A New Zealand Garden.   The book features photographs by Juliet Nicholas. 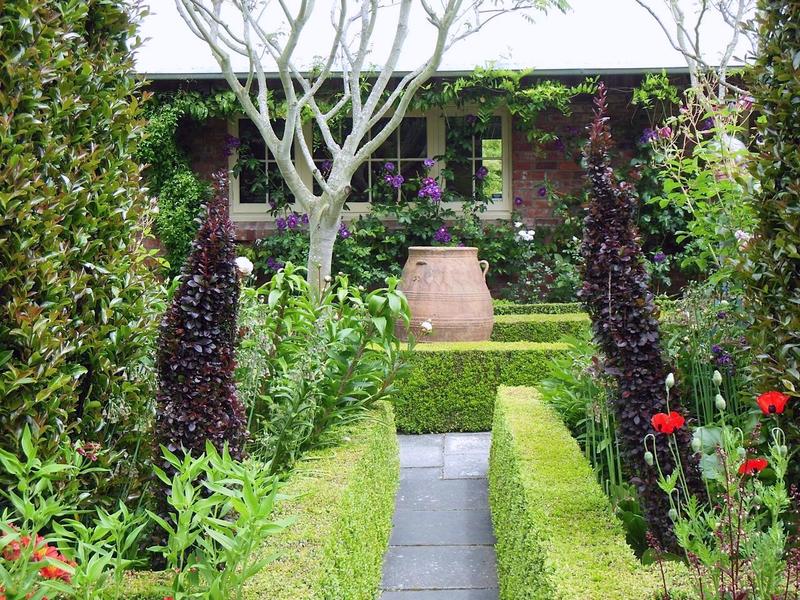 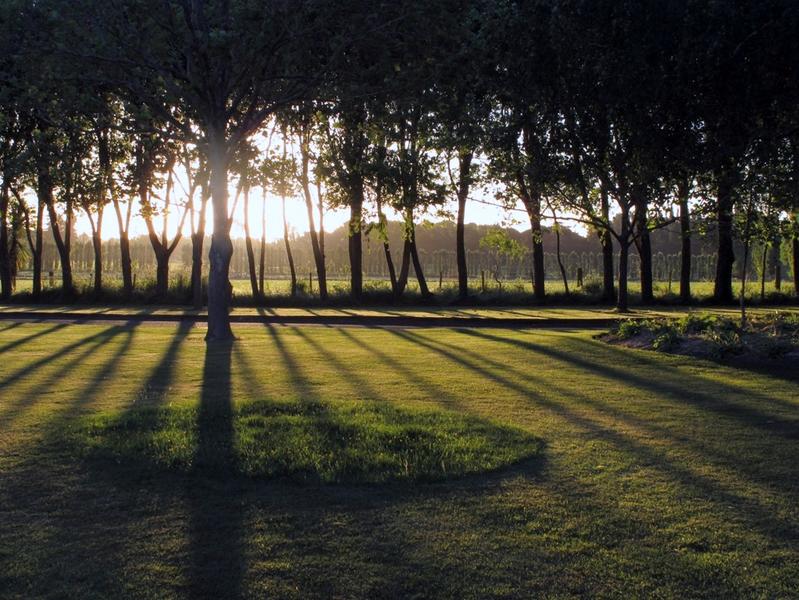 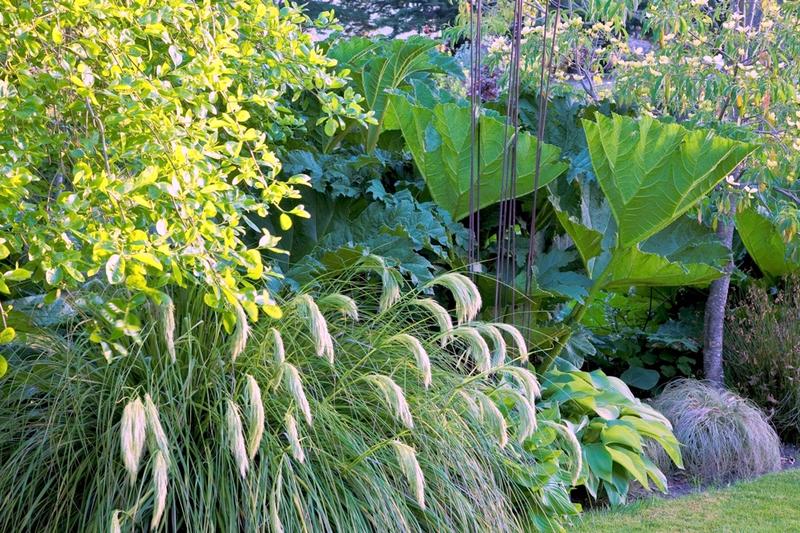 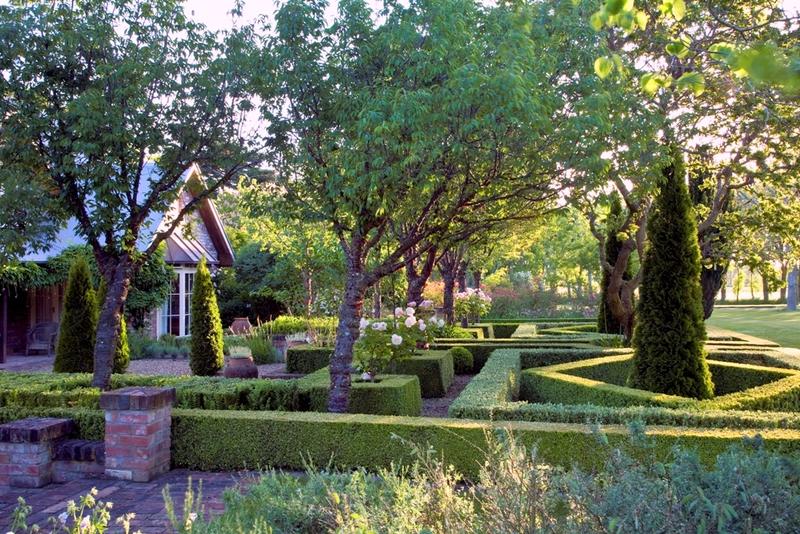 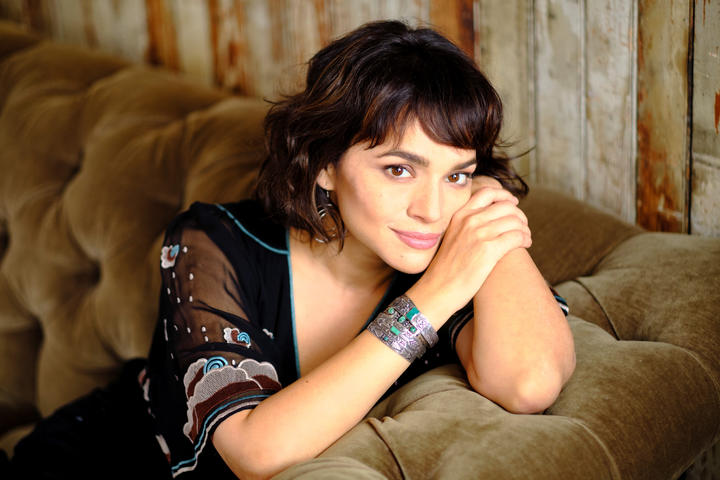 Norah Jones first emerged on the world stage with the 2002 release of Come Away With Me. Since then, Jones has sold 50 million albums worldwide and become a nine-time Grammy-winner. She's released a series of critically and commercially successful solo albums including Feels Like Home (2004), Little Broken Hearts (2012), and Day Breaks (2016) - as well as albums with her collective bands The Little Willies and Puss N Boots.  Norah Jones is about to release her latest album, Begin Again, which gathers songs recorded with collaborators including Jeff Tweedy and Thomas Bartlett. A CD & vinyl version will be available for NZ Record Store Day, April 13th. Jones will tour NZ at the end of April, with tickets still available in Wellington and Queenstown.

9.25  Sarah Perry - Author of The Essex Serpent and Melmoth 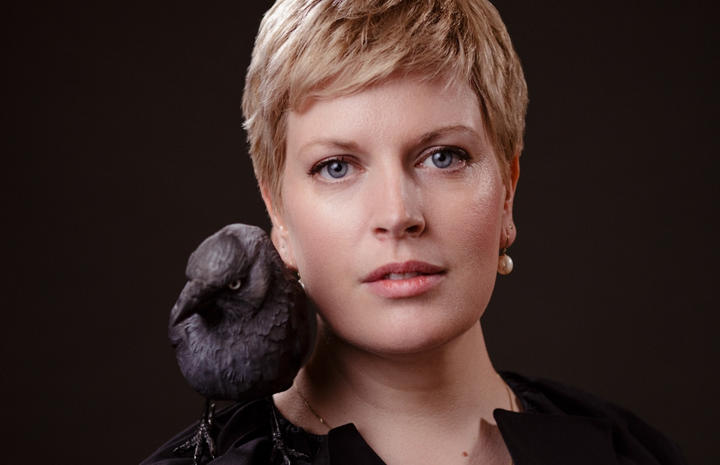 Novelist Sarah Perry is the author of three critically-acclaimed books which have been translated into 20 languages. After Me Comes the Flood, her first novel, was long-listed for the Guardian First Book Award and the Folio Prize, and won the East Anglian Book of the Year Award in 2014. Her novel The Essex Serpent was a number one bestseller in hardback, Waterstones Book of the Year 2016, the British Book Awards Book of the Year 2017, was shortlisted for the Costa Novel Award and the Dylan Thomas Award and long-listed for the Baileys Women's Prize for Fiction 2017. Melmoth is her latest novel.  Sarah Perry will be appearing at the Auckland Writers Festival soon, details here.

10.04   Reuben Friend and Ioana Gordon-Smith - A camera on the shore 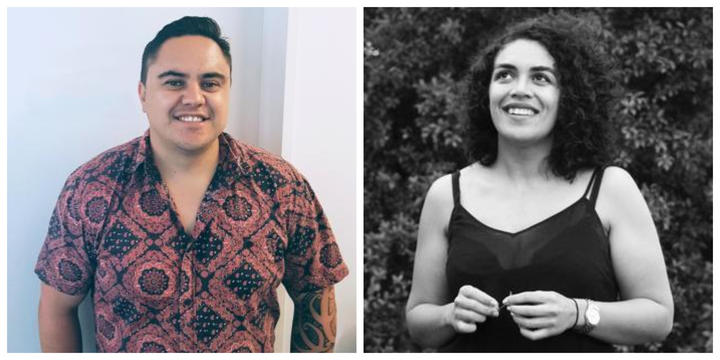 An exhibition starting at Pātaka Art + Museum gallery this week called From the Shore considers the influence of Māori filmmakers Barry Barclay and Merata Mita on a current generation of artists, specifically those working with moving image. The exhibition takes its title from Barclay's metaphor of indigenous cinema as 'a camera on the shore' that reverses the direction of the colonial gaze, and features work from the likes of Tanu Gago, Nova Paul and Lisa Reihana among others. Ioana Gordon-Smith from Te Uru Waitakere gallery, where From the Shore was first exhibited, and Pātaka director Reuben Friend, talk to Kim.
(NB: Māori Moving Image: An Open Archive, exploring the history of Māori artist moving image from the 1970s to today, is currently exhibiting at the Dowse Art Museum.)

From the Shore: the influence of Māori filmmakers Barry Barclay and Merata Mita 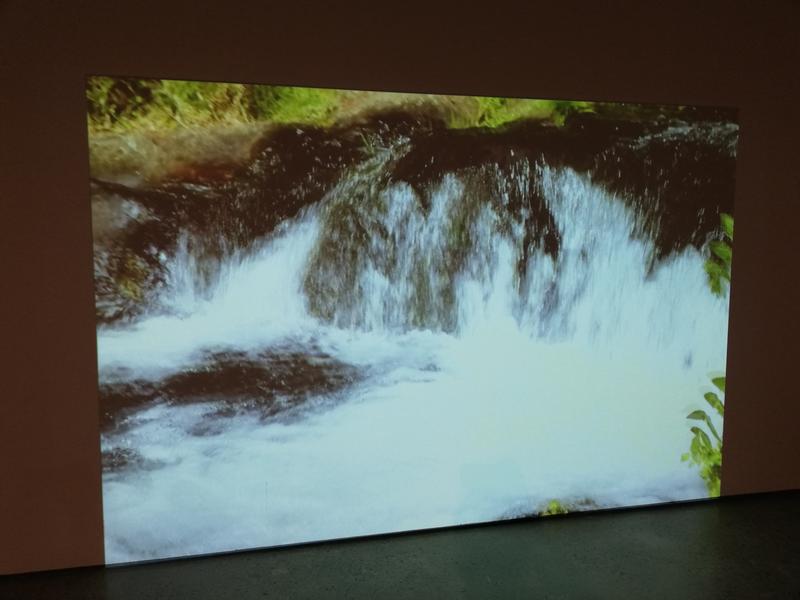 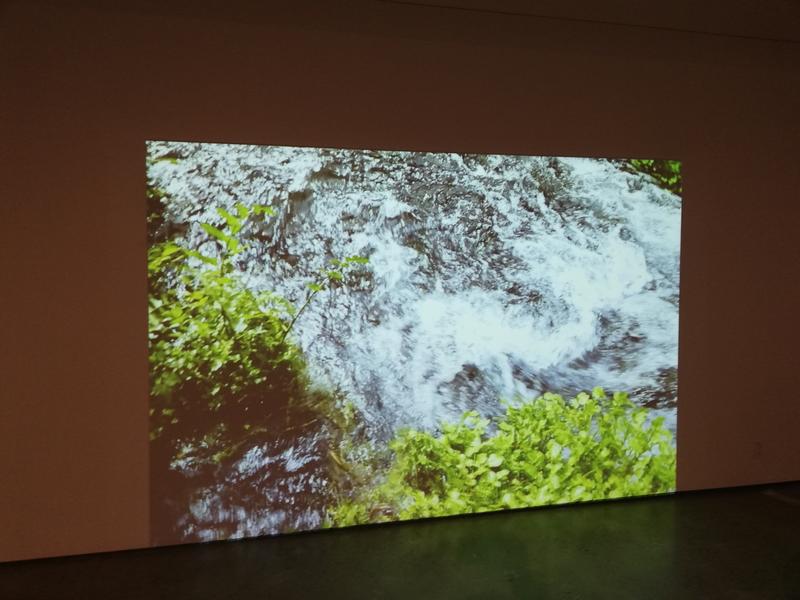 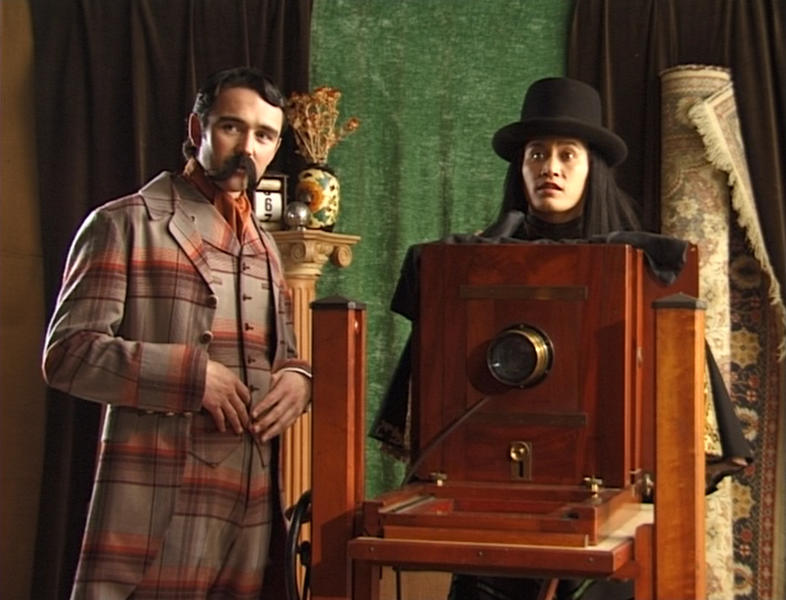 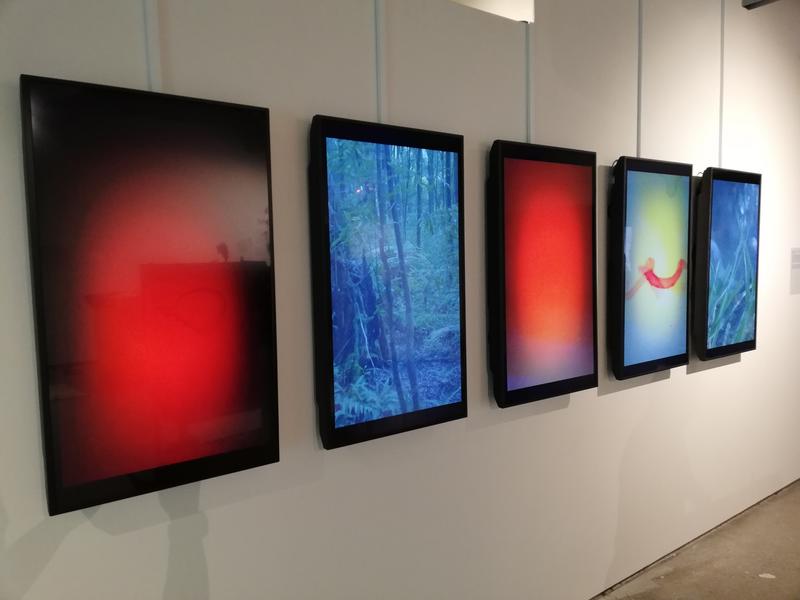 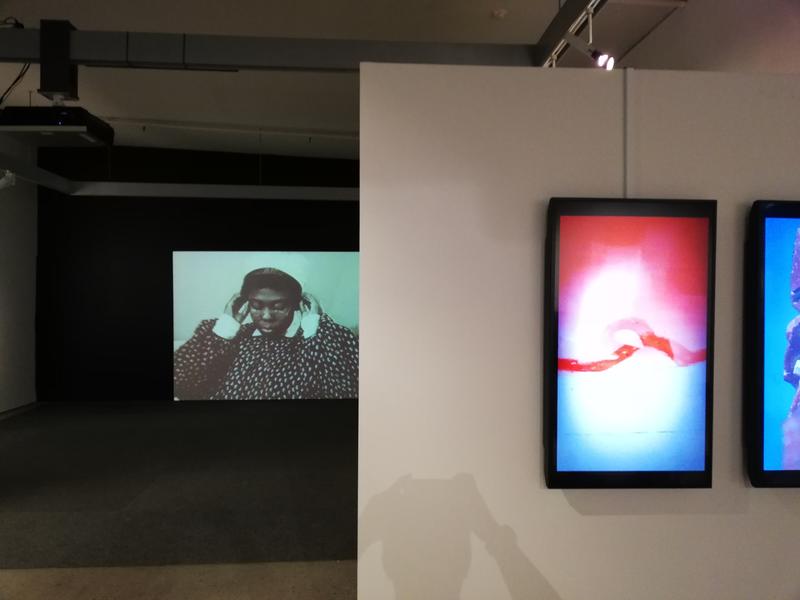 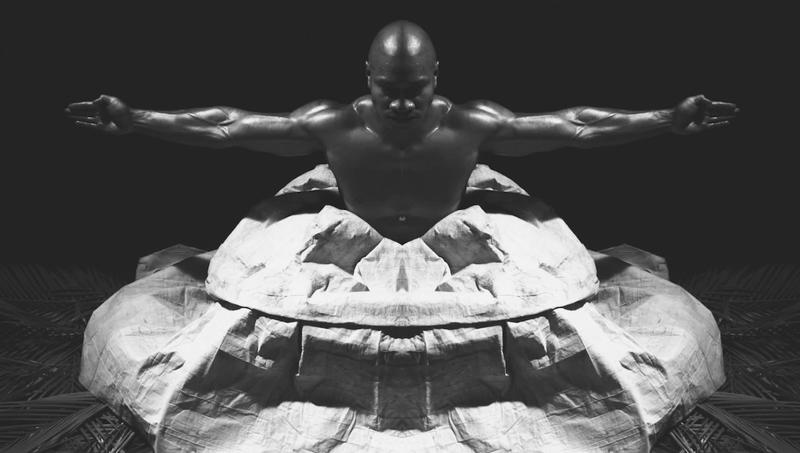 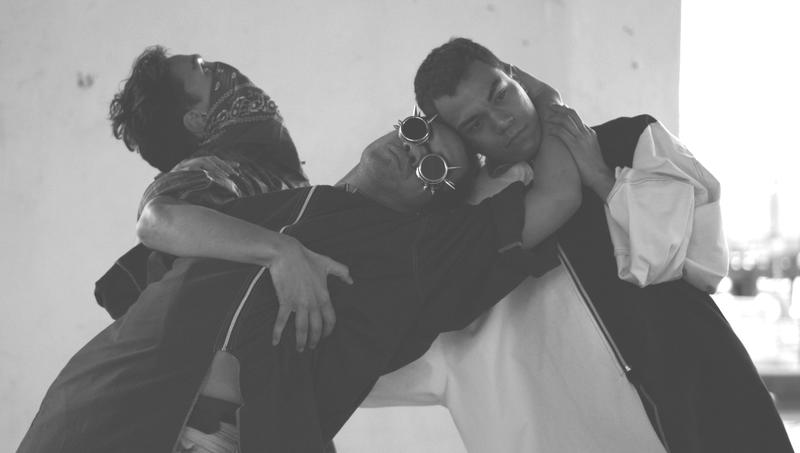 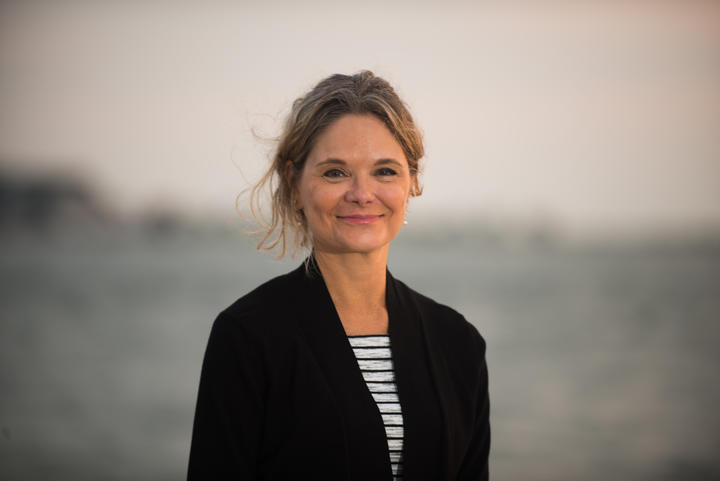 Dr. Natalie Schilling is an Associate Professor of Linguistics at Georgetown University in Washington DC. Dr Schilling has authored and contributed to articles in numerous publications.  She is an expert forensic linguist and teaches forensic linguistics to FBI agents. Dr Schilling's wider expertise is in stylistic variation: how and why individuals use different language styles as they shape and reshape personal, interpersonal, and group identities and relations.  Dr Schilling will give this year's Ian Gordon Fellow Public Lecture at Victoria University, entitled Forensic Linguistics: Solving Crimes through Language, details here. 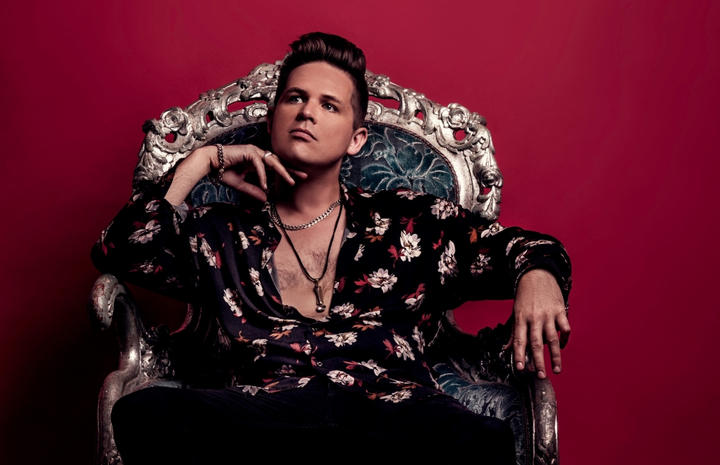 Luke Wright is a poet, performer, publisher, curator and broadcaster. He has written and performed nine spoken word shows and two verse plays, including The Toll, Frankie Vah, and What I Learned from Johnny Bevan which won him an Edinburgh Fringe First Award. Luke will appear at the Auckland Writers Festival, details here, as well as Wellington and Christchurch. 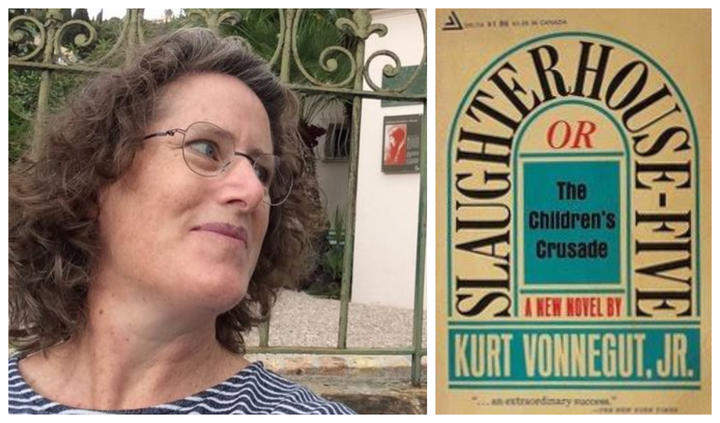 Kate Camp is the author of six collections of poetry published by Victoria University Press, the most recent of which is The internet of things (2017). She's won the New Zealand Book Award for The Mirror of Simple Annihilated Souls, and the Best First Book Award for Unfamiliar Legends of the Stars. Camp held the Creative New Zealand Berlin writers residency in 2011, and the Katherine Mansfield Menton fellowship in 2017. She has reviewed classic literature on Saturday Morning since 2001; today she talks about Slaughterhouse-Five, Kurt Vonnegut's 1969 novel about a traumatised ex-soldier who is doomed to relive parts of his life over and over again. The book was described as "depraved, immoral, psychotic, vulgar, and anti-Christian" in court cases banning it from school curricula in the US.

by Margaret Long and Juliet Nicholas

What I Learned From Johnny Bevan