Our Changing World for Thursday 19 September 2013 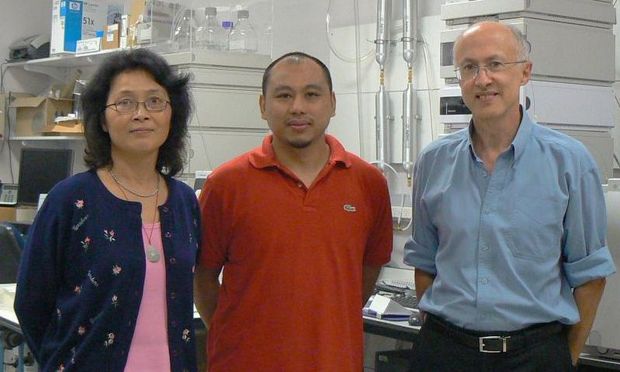 This year is the first time the Health Research Council of New Zealand has awarded three Explorer grants to support medical research projects which could have a major impact. One of the recipients, University of Auckland researcher Geoffrey Krissansen, will use the grant to test a new technology that could potentially replace the defective proteins responsible for incurable genetic disorders such as cystic fibrosis.

Cystic fibrosis is one of more than 6000 known disorders which are caused by a single-gene defect and occur in about 1 out of every 200 births. Many of these congenital mutations in single genes result in serious diseases of the skin and other epithelia, which line the respiratory and gastrointestinal tracts. Working on an unrelated research project involving the Hepatitis B virus, Geoffrey and his team have discovered a small peptide that can penetrate the cell membranes of epithelial cells and can therefore act as a carrier of larger proteins or drugs.

The team is now testing this new drug-delivery agent to examine whether it form the basis of a protein replacement therapy technology to help combat cystic fibrosis and other genetic disorders such as hereditary diffuse gastric cancer (a specific type of stomach cancer), both of which are caused by a defect to a single gene and affect epithelial cells. 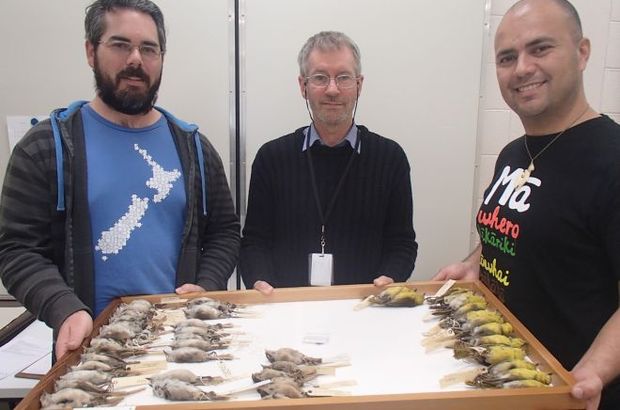 One of the heralds of spring in New Zealand is the cuckoo  - the shining cuckoo and the long-tailed cuckoo - which have spent the winter in the south Pacific, and are now winging their way back to New Zealand’s forest, on the look-out for the nests of small forest birds in which they’ll lay their eggs. Post-doctoral researcher Michael Anderson at Massey University is keen to find out when and where cuckoos turn up around New Zealand, and he’s asking people to let him know when they hear their first one of the year. There are separate forms to report shining cuckoos and long-tailed cuckoos.

Long-tailed cuckoos lay their eggs in the nests of grey warblers, while shining cuckoos lay their eggs in the nests of three small endemic forest birds – mohua or yellowheads, whiteheads and brown creepers. These three species share a genus, and in a recently published study in the Journal of Ornithology Michael and a number of collaborators have recently described a new endemic family for these birds. Alison joins study authors Michael Anderson and Luis Cortiz-Catedral from Massey University, and curator Brian Gill from Auckland Museum to find out more about the family Mohouidae. 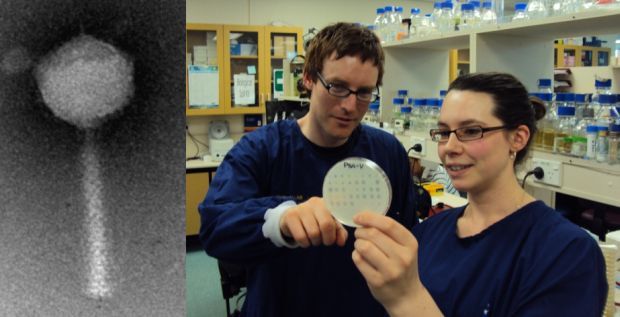 From left to right: a transmission electron microscopy image of one of the bacteriophages isolated that is active against Psa-V, and Peter Fineran and Rebekah Frampton in the lab.

Pseudomonas syringae pv. actinidiae (or Psa) is a bacterial pathogen that causes canker in kiwifruit. It was first detected in New Zealand in 2010, and is currently controlled using antibiotics and copper sprays, but alternative management strategies are being sought.

Peter Fineran from the University of Otago, as well as colleagues Rebekah Frampton and Corinda Taylor, and collaborator Dr Andrew Pitman at the NZ Institute for Plant and Food Research at Lincoln, are looking at bacteriophages as possible biocontrol agents against Psa. Bacteriophages are viruses that infect only bacteria, and the team have isolated 275 of these phages and tested them against Psa to find 20 or so suitable candidates.  Ruth Beran meets Peter Fineran in the Physical Containment Level 2 laboratory at the University of Otago to discover how effective these bacteriophages are. The bacteriophage research has received a Rutherford Discovery Fellowship and funding support from Zespri International Ltd.

Dosimeters to measure personal noise exposure, and equipment to record levels of carbon monoxide and fine particulate matter are carried by Kim Dirks (right) as she walks a set route along Queen Street as part of study to measure noise and air pollution (images: Stuart Grange)

Mingling with the usual pedestrians in Queen Street in central Auckland over the last few weeks have been some walkers kitted out with various bits of equipment. They’ve been measuring noise levels and air pollution produced by cars and buses as part of a large collaborative study run by NIWA, AUT and the University of Auckland for the Auckland Council. The study – called Personal Exposure to Noise and Air Pollution (PENAP) – will complement existing research using fixed air quality monitoring stations, find out people's perceptions of the soundscape  in the Queen Street valley, and will help Auckland Council make decision about traffic and pedestrian use in central Auckland.

Alison meets Stuart Grange at the University of Auckland to find out about the equipment worn by the mobile monitors, and then joins Kim Dirks for a walk from Symonds Street in the University down to central Queen Street to listen to the soundscape of the city and make some measurements of noise levels and fine particulate matter. Other study collaborators are Ian Longley, NIWA; Jennifer Salmond, University of Auckland; David Welch, University of Auckland and Daniel Shepherd, AUT. The results of the study are being analysed at the moment and will be presented to Auckland Council later this year.