Our Changing World for Thursday 10 November 2011

Boggust Park Volcano is one of the previously unrecognised volcanoes recently discovered in Auckland - in Bruce Hayward's words 'the new volcanoes are subtle features on the landscape' (image: A. Ballance)

Bruce Hayward and his colleagues from Geomarine Research hit the news earlier this year with the rediscovery of the Grafton volcano, recognized by Hochstetter in his 1864 map of Auckland volcanoes, but then forgotten. The find brought the tally of volcanoes in the Auckland area to 50. Now four new finds and another forgotten volcano bring the tally to either 53 or 55, depending on whether three of the craters are considered to be volcanoes in their own right or are a related cluster.

The previously unrecognised craters were identified on the new online Auckland City digital map, which has detailed contours at 50 centimetre intervals. 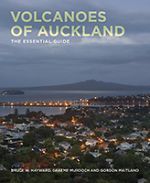 Bruce Hayward takes Alison Ballance on a tour of the new finds in South Auckland, beginning with Boggust Park in Favona, Mangere, a crater which appears to be at least 130,000 years old. Next they visit the three Puhinui Craters in Puhinui Reserve in Wiri, about 800 metres from the southern-most volcano in the Auckland volcanic field – Matukutureia or McLaughlin Mountain.

The ‘forgotten crater’, Cemetery Crater, was identified by the late Ernie Searle in the 1960s, but not recognised by most geologists since then.

To find out more about the Auckland volcanic field head to Bruce Hayward’s newly released book ‘Volcanoes of Auckland – an essential guide (Auckland University Press 2011) – which includes all the volcanoes, except of course the newly identified ones! 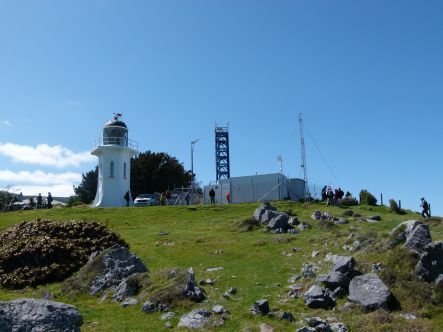 The coastal cliffs at Baring Head are a popular spot for rock climbers, but the small research station perched at the top is also the site of the first carbon dioxide measurements in the Southern Hemisphere. When the wind blows from the south, the air at Baring Head has travelled a long way across the Southern Ocean, which means that the concentrations of gases such as CO2, methane and nitrous oxide are uncontaminated by sources on land and representative of a large part of the atmosphere.

A group of atmospheric scientists who had come to Wellington recently for a conference to discuss the global greenhouse gas monitoring effort took a fieldtrip to the NIWA station, and in this programme reflect on its significance today, almost four decades after measurements began in 1972. Dave Lowe and Martin Manning, who were then working for the Department of Scientific and Industrial Research and set up the equipment on the wind-swept hills, look back at the early days, while NIWA scientist Gordon Brailsford explains the suite of measurements taken at the site now. Conference keynote speaker Pieter Tans, from the Earth System Research Laboratory at the National Oceanic and Atmospheric Administration in Boulder, Colorado, discusses future plans to extend the global network of stations to allow scientists to track the production sources of greenhouse gases. You can also listen to his conference presentation here.

Hot pools in New Zealand’s geothermal areas are home to special kinds of microbes – thermophiles, or heat-loving extremophiles. Microbiologist Matthew Stott from GNS Science at Wairakei says there is an astonishing diversity of microbes that are adapted to live in the harsh chemical and temperature environments of the hot pools, which could provide all sorts of opportunities for industrial and biological processes. One of Matthew’s interesting finds is a methanotroph, or methane-consuming microbes, that lives in more acidic and higher temperature conditions than any other known methanotroph.

Matthew takes Alison Ballance on a treasure hunt at the Wairakei Terraces geothermal area, to show her why Planet Earth is indeed a ‘microbial world’.

You can watch a GNS Science video of Matthew at work here.

Tell Us a Story

In October, students from Victoria University's science and engineering faculties competed in the Tell us a Story challenge. With $1,500 at stake for the grand winner, and $500 for second place, over 50 postgraduate participated in the event, organised by Elizabeth Connor and Elf Eldridge.

On Monday 17 October, the ten finalists told their stories at a special edition of Nerd Nite at Bar Ivy in Wellington, where the packed audience voted for their favourite story with a further $250 in prize money to be won.

Ruth Beran recorded the event, and listened to the finalists whose stories were: On life, the universe and artificial intelligence - Juan Rada-Vilela; War of the worlds! - Fabian Westermann; From the tiniest unit of the universe to the largest - Riyad Mucadam; Language, animals, adventures and real life fairy tales - Alexis Garland; An extraordinary fish story - Paul Mensink; The story of Daniel of Morley: 12th Century scholar - Muhammed Azeem; My all time top five electric shocks! - Alex Barker; No child left inside: mud, pigeons and conservation - Kerry Charles; Hold on to your credit cards for this one - Laura McKim; The wanna be scientist from the hood - Tapukitea Vea.

The overall competition winner was Paul Mensink who told the story about Jim the triplefin fish. Muhammed Azeem, who wants to be like Daniel of Morley came second, as well as winning the audience prize.