Our Changing World for Thursday 3 November 2011 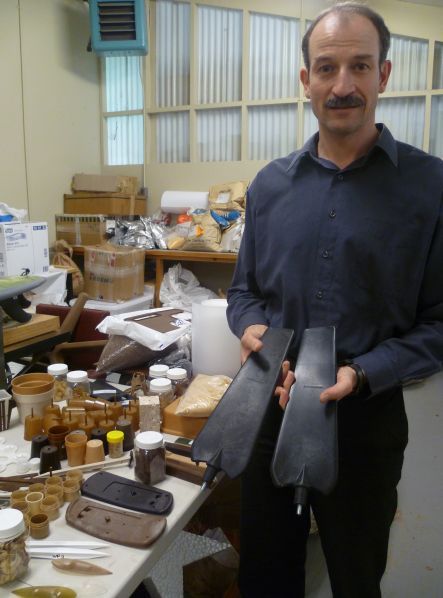 Crown Research Institute Scion knows a lot about wood – and increasingly they known a lot about plastics, and ways of combining wood with plastic. Bioplastic is made from renewable natural sources rather than petrochemicals, but wood is compatable with both kinds of plastics, and even with nylon. Jeremy Warnes shows Alison Ballance the plastics and extrusion lab at Scion, which is a small pilot plant, and introduces her to some of the products they have been involved in, ranging from sanding discs to cosmetic pottles. He explains how Scion has developed a technique that pelletises wood in such a way that it can used along with polypropylene pellets in existing plastics machinery, and talks about the advantages of combining wood with plastic. 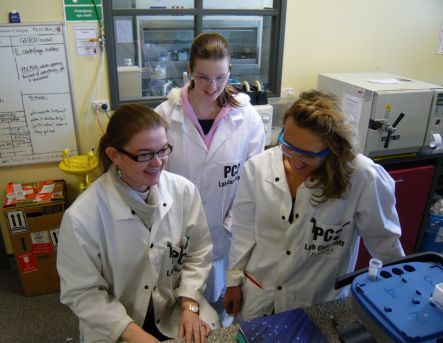 Enzymes are Nature’s own catalysts, responsible for making biological reactions happen at a rate that can support life.  Recent developments in technology have allowed scientists to describe the three-dimensional structure and sequence of amino-acid building blocks of these complex proteins in such detail that is has become possible to unlock the secrets of how they work.

University of Canterbury chemist Emily Parker leads a team that uses chemical and biochemical techniques to explore the evolution and molecular mechanisms of enzymatic catalysis. In this preview of her Marie Curie lecture next week, she discusses how this knowledge can be used to design new enzymes and to selectively target pathogenic microbes. Emily will present her lecture about the Wonderful World of Enzymes on Wednesday, November 9, at 6.30pm, at the Auckland Museum auditorium.

University of Auckland chemist Cather Simpson will also present a Marie Curie lecture next week, on Tuesday November 8, at 7.30pm, in the University of Canterbury’s law building. Her talk, The Light Fantastic, explores the different uses of light energy, from the generation of electricity to heat production and even the treatment of cancer. Our Changing World spoke to Cather earlier this year and you can listen to the interview about Molecular Dragons here.

These two lectures are the last in the Marie Curie lecture series, a year-long national tour of talks by female New Zealand chemists in honour of Curie’s Nobel Prize in Chemistry for her ground-breaking studies in radium and polonium.

Gill Jolly, head of volcanology at GNS Science talks to Alison Ballance about her research into volcanoes and eruption predictions, the role of Geonet in collecting all the volcanic hazard monitoring information from around New Zealand, the volcano alert system on Mt Ruapehu and working on active volcanoes in Vanuatu. 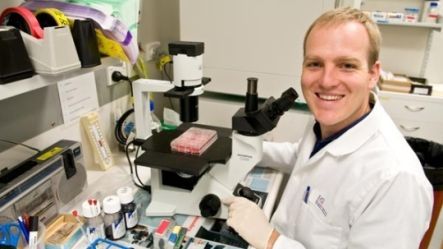 Magnetic resonance imaging or MRI uses a powerful magnetic field to create detailed images inside the body. Contrast agents made from magnetic materials can improve the resolution of these images, and the more magnetic the material, the better the contrast.

PhD candidate Peter Ferguson has been looking at iron (Fe) nanoparticles as a source for new contrast agents. Current contrast agents are often gadolinium (Gd)-based which can have biocompatability problems, or use iron oxide (FeOx), which is not as magnetic as iron itself. The magnetic nanoparticles may one day be used in cancer therapy, for example, they could be used in conjunction with cancer vaccines to ensure that a patient’s own white blood cells are actually creating an immune response, or in a process called magnetic hyperthermia, where an alternating magnetic field (AMF) is used to "flip" the poles of the magnetic nanoparticles to create heat, and hopefully kill tumour cells. Ruth Beran spoke with Peter Ferguson, and one of his PhD supervisors Richard Tilley from Victoria University, in a laboratory at the Malaghan Institute.

The magnetic nanoparticles research is funded by the Foundation of Research Science and Technology, the MacDiarmid Institute, the Wellington Medical Research Foundation, and the Health Research Council. Collaborators on the project include the Malaghan Institute’s Ian Hermans (who also co-supervised Peter Ferguson's PhD); Victoria University’s Soshan Cheong and Dave Herman; the MacDiarmid Institute’s Kirk Feindel, Mark Hunter and Paul Callaghan; and Angela Slocombe at the radiology department of Wellington Hospital.